Today many are nostalgic for the Soviet Union, in which glass wool was sweet and elephants are larger. Passion to compare on the principle of “was was” touched and animation. Some annoying Japanese anime, other soulless American cartoons. Let’s see what Soviet animators could oppose bourgeois animations. 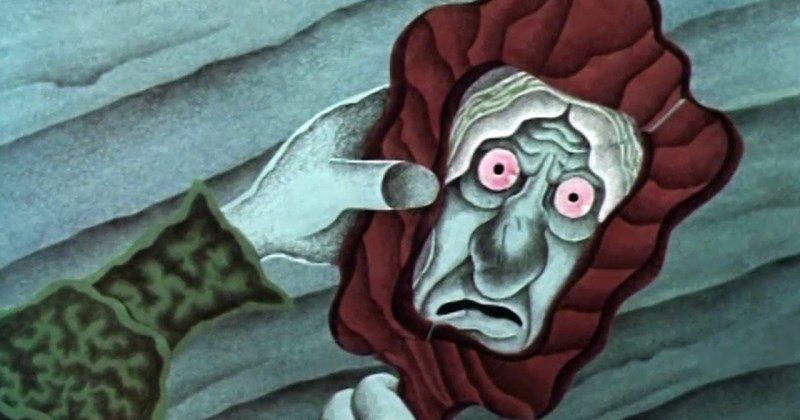 Without a doubt, among Soviet animators were great masters of their craft. “Treasure island” and “Aybolit” by David Cherkassky, “the Scarlet flower” the lion of Atamanova, numerous masterpieces of “Soyuzmultfilm” and many other fine tapes are firmly associated by many with childhood.

But we have to admit that some part of released on 1/6 of the land in children’s cartoons were full of trash or, at best, irresponsible psihodelia. Let us recall the most striking “masterpieces” and not be so cruel to “the Simpsons” and “Sponge Bob”.

According to many, shot in 1980 in the Estonian cartoon “Big Till”, is the personification of pure evil. Tandem Director Rainey Raamat and original artist jüri Arrak has been so successful that to watch the result of their work could not all adults. 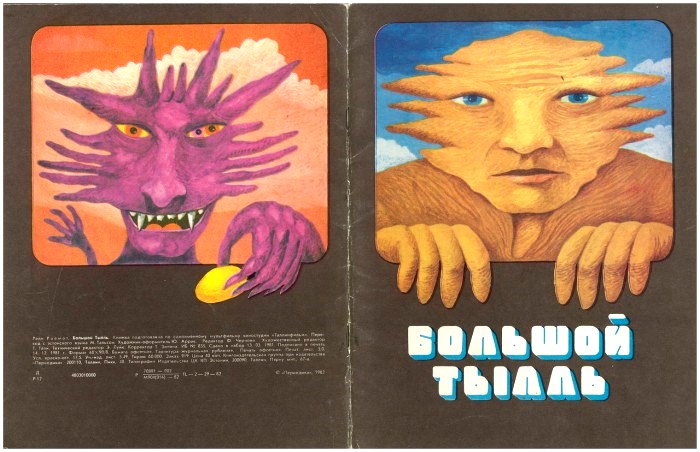 Meanwhile, the cartoon about the exploits of the hero of the Estonian folk epic Big toell the great and his wife Piret, addressed to children of preschool and younger school age. By the way, based on the cartoon he released no less Gothic children’s book. 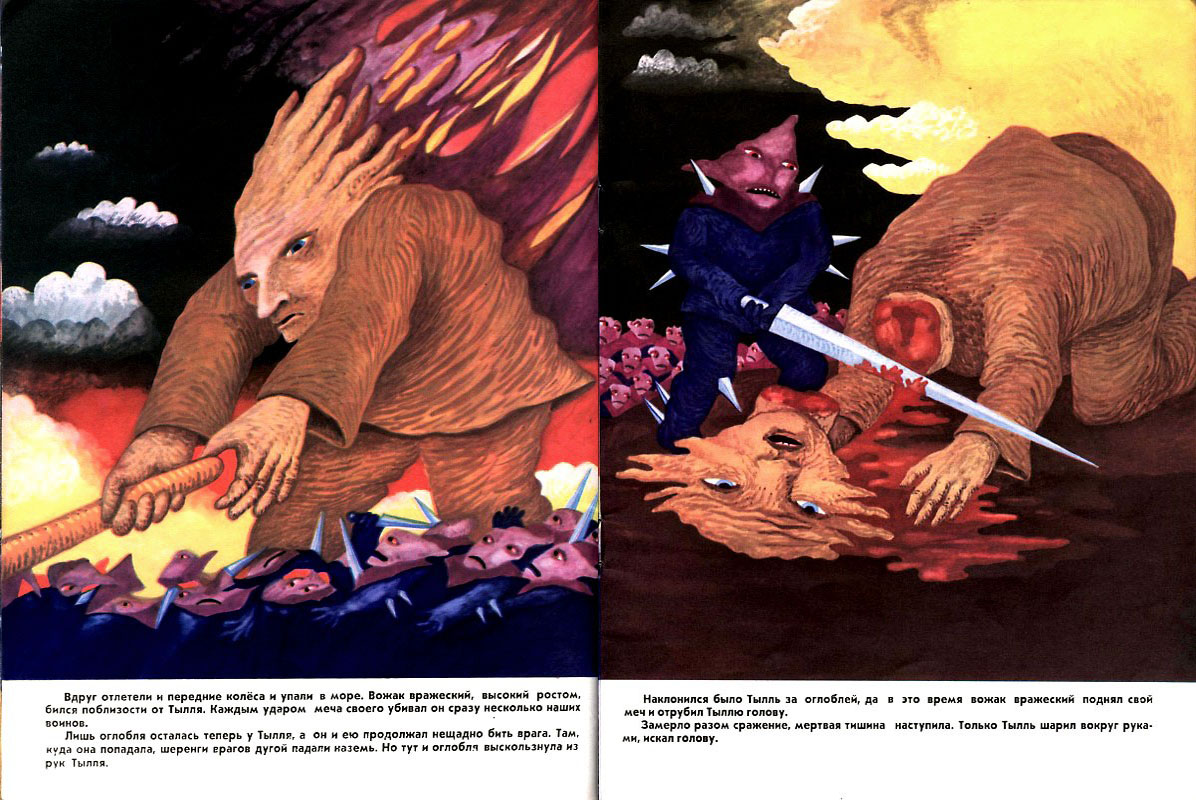 To write about this epic tape can be long, but it is better one time to see and hear. By the way, the audio series from which the head move the hair, and start to cry Norwegian metallers, very naturally fell on the visuals. In General, see for yourself.

Released in 1978, the animated film “Contact”, directed by Vladimir Tarasov, was incomprehensible to many. The most “advanced” children can guess what it is about contact with an extraterrestrial civilization, but most froze in front of the screen in slight confusion. 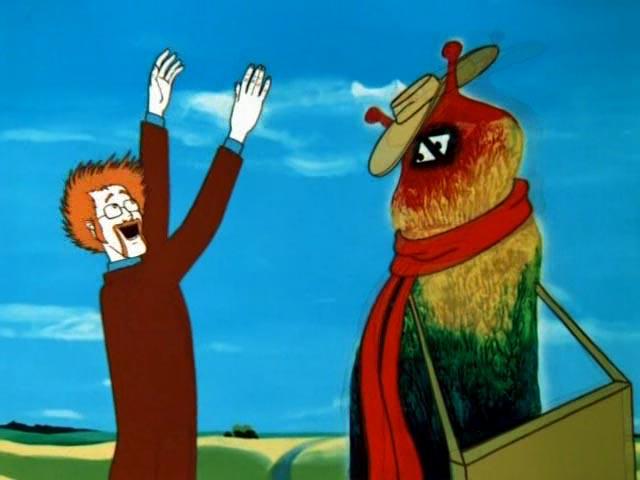 “Hello” from the Soviet Union

The soundtrack of anyone else unknown “the Godfather”, in a very daring treatment, was also poorly understood children. Now we can only speculate how strong Afghan heroin came to the “Soyuzmultfilm”.

Hedgehog in the fog

Whatever they say about the cartoon “Hedgehog in the fog” — this animated film deserves the highest praise. Yuri Norstein created a truly brilliant product that is highly appreciated all over the world. In spite of this, take a psychedelic children’s cartoon, causing goose bumps, as you do not want.

Owl at Norstein and Bosch

Some see a resemblance with the paintings of Hieronymus Bosch, while others believe that the journey of the Hedgehog is akin to the walk of Dante’s Hell. But almost everyone is convinced that the cartoon contains a deep hidden meaning, somehow connected with life and death.

A box with a secret

Created in 1976 by Valery Ugarova on the motives of the tale of Vladimir Odoevsky animated film “Box with a secret” is a real hell burn in the style of clockpunk. Large-scale mechanisms, dialogues, rap and infinitely ugly, the characters were forced to change the channel in the first 2-3 minutes of the action. 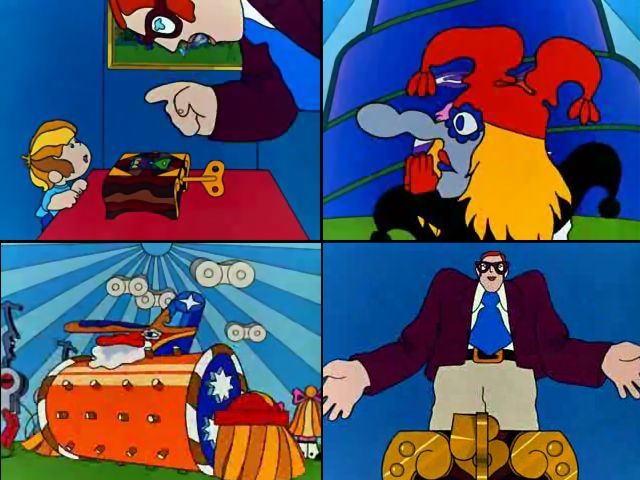 Always wanted to ask the authors why they did not find other way to realize their talents, and do it animation?

Adaptation of the Chukchi folk tale “Kele”, created by Director Mikhail Aldashin in 1988, is a short horrora picture of the life of the small peoples of the North. Special attention deserves the unusual graphics of the tape — it is similar to cave paintings or if you like, embossed on the skin. 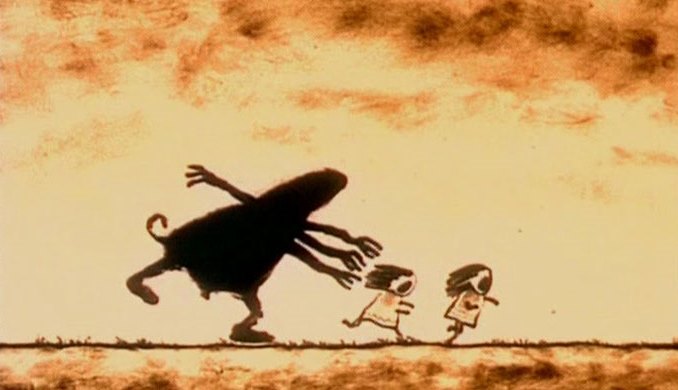 Chthonic many-armed monster with gender, children without faces, hanging on the trees, lightning fast changes in the frame scary images — it all fascinates an adult but can make a child stutter.

Mystical entertainment Thriller “Two maple”, directed by Anatoliy Solinym in 1977, is positioned as a story about self-sacrifice and maternal love. However, I must say that the way to promote eternal values is strange. 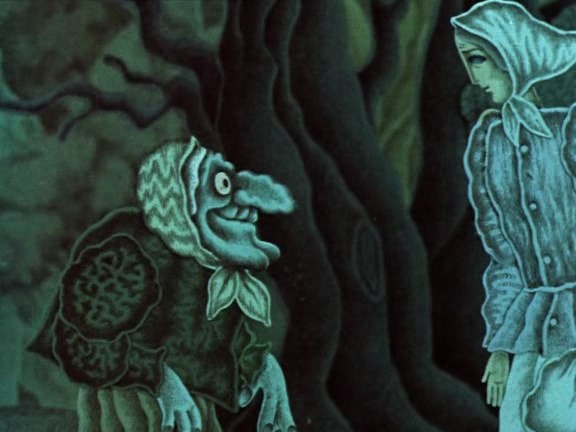 Meeting Baba Yaga and the main character. In shock both

It is difficult to imagine a mother who wants to risk a child’s psyche for the purposes of educational work and show this infernal tape with the characters, resemble either badly preserved Egyptian mummy, whether in the stale of the river.

The revenge of Leopold and continue

You know that in addition to the beloved iconic cartoon about a cat Leopold, there was another option? Cartoon Anatoly Reznikov, filmed in 1975, is very different from the familiar to us on film. “Leopold the cat smoker”, and another to call this a masterpiece is difficult, were made using the technique of transformation of, as not mentioned above “Two maple”. 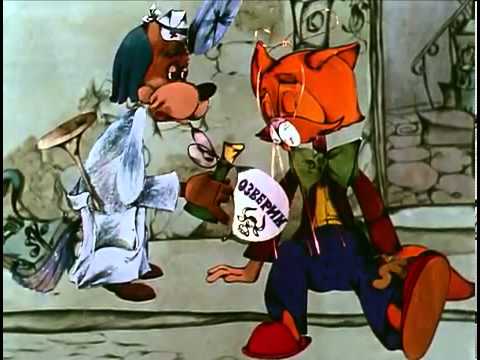 Energy drink or a drug? In childhood, this question does not arise

The unnatural movements of the characters, their extreme ugliness and terrifying unexpected metamorphosis, kill the root of the entire educational meaning inherent in the tape, leaving only an unpleasant aftertaste.

Obviously, the author didn’t understand the first time that created a monster and after some time came the sequel — “Leopold and the Golden fish”. But, in spite of everything, tablets “Ozverin” that the cat was taken to enable a mod, the Berserker, firmly established in folklore.

We are in no way trying to belittle the efforts of the creators of these cartoons, many of which have won awards at international festivals. We just want to remind you that the lack of choice makes people omnivores, which is clearly seen on the many examples from the life of the USSR. “For lack of a maid sleeping with the janitor” — so said about this phenomenon, the hero of Soviet jokes, the unforgettable Lieutenant rzhevskii.