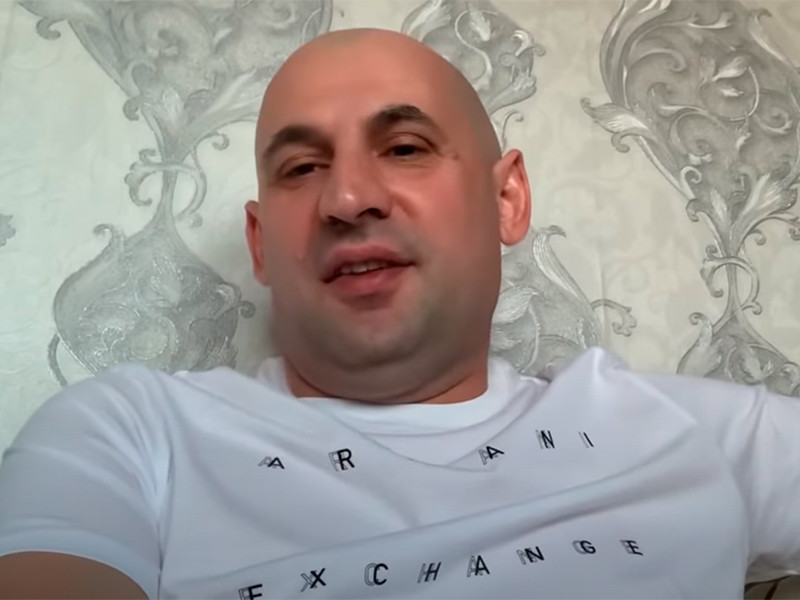 On suspicion in the murder in Austria of a Russian citizen and native of Chechnya detained Mamehana Umarov Sarali Akhtaev and Salman Magomadov. This “Caucasus.Realities” said a source in one of the European Diaspora. The Austrian newspaper Österreich also writes about some Sar Ali A. as the perpetrator of the murder.

47-year-old native of Chechnya Sarali Akhtaev moved to Europe in 2002, and 37-year-old Salman Magomadov in 2004. they Both were in the status of refugees. About any their connections with the Chechen authorities no exact information, but it is known that Magamedov previously worked in the anti-terrorist center in Urus-Martan.

About the detention of two suspected of involvement in the murder Mamehana Umarov had earlier informed the police of Austria. According to the Agency APA, on Saturday night in Linz, was detained 47-the summer native of Chechnya, who is Austrian intelligence agencies believe the perpetrator of the murder. And on Sunday were taken into custody a second suspect. He was on the scene, and, at first, was questioned as a witness. However, the investigators noticed inconsistencies in his testimony and transferred to the status of a suspect in the murder.

Both detainees placed under arrest for 14 days. During this time will be carried out their interrogations. In addition, it became known that the second detainee initially arrived on the scene together with the victim. The investigation has not yet confirmed officially the information that the second arrested man acted as a bodyguard of the deceased.

Anzor (Mamian) Umarov – a Chechen blogger who lived in Austria since 2007. He criticized Ramzan Kadyrov, has repeatedly said about the alleged involvement of employees of Russian law enforcement agencies to the murder in Europe of former Chechen separatists. Umarov, in accordance with the programme for the protection of the individual received in Austria the name of Martin Beck. As reported TASS the representative of the Prosecutor’s office in Korneuburg, which is investigating the murder of a citizen of the Russian Federation, “the victim is a person with a Russian passport of the Chechen origin. It came from Chechnya. The same applies to both of the detainees”.

“The victim was a participant in the program of protection of the individual, since the police thought that his life is in danger. For this reason, he received the Austrian name Martin Beck,” – said the Agency interlocutor. According to the Prosecutor, the initial name of the deceased not disclosed because his family can be threatened. In addition, the victim had the right to personal security in Austria, but abandoned it. “However, his apartment was under surveillance by the police,” – said the source.

Umarov was shot in the head July 4 in the city of Gerasdorf near Vienna. The crime was committed at the entrance to a building firm, located in the building of a large shopping center.

The killing of Umarov is already the fourth attempt on Chechens living in Europe, over the last year. In August, 2019 in Berlin, was shot by a Georgian citizen of Chechen origin Zelimkhan khangoshvili. 1 February in the French city of Lille in a hotel room was found the body of a Chechen Imran Aliyev. 26 February 2020 in Sweden, was assassinated on the famous Chechen blogger Tumso Abdurakhmanov.

The killing of Umarov is not the last in a series of crimes against critics of the head of Chechnya, Ramzan Kadyrov, according to respondents, “the Caucasus.The realities of” representatives of the Chechen Diaspora in Europe. Umarov was transferred to local law enforcement authorities information about the relations of the Russian special services with the assassinations of political emigrants in Europe. He spoke in detail about what attempts were taken by Chechen authorities with the aim of eliminating their opponents, including former security guard of Kadyrov, Umar Israilov. In his YouTube channel Umarov in an insulting manner criticized the head of Chechnya, his entourage and family.

The head of the Chechen human rights Association Vayfond from Sweden Mansour Sadulayev believes that information about potential killers from Chechnya in Europe have intelligence enough, but they somehow do nothing to prevent new murders. “It seems that the authorities believe Chechens killed Chechens solve their problems, citizens of our countries is not threatened. Although it is shooting in a public place is a threat. And the killer who killed Zelimkhan khangoshvili in Germany last year, and the one that shot Anzor, acted in public places,” said Saidullayev.

The human rights activist added that after the murder of another critic of Kadyrov, of Imran Aliyev, in France, security has become more closely monitored supporters of the head of Chechnya refugees. However, it is does not interfere “Abracadabra” to plan the creation of the official representative of the head of Chechnya in nice on the model already existing in Germany.

“Many times we passed the information to special services of different countries of kadyrovtsy, which can be dangerous, can commit crimes against refugees from Chechnya, – said Sadullayev. Some of them are happy to try to kill the enemies of Kadyrov even free, to win the favor of the Sultan”.

Chechen opposition blogger Tumso Abdurakhmanov criticizing the activities of the authorities of Chechnya, connects the increasing trend in Europe of attacks on opponents of Kadyrov with the fact that more and more people dare to openly Express their position. This attack on the killers runaway Chechens do not change the attitude of authorities to the last, he said. “The number of those who are not afraid to Express criticism, and frequent attacks on them. I think regularity. As for those who are afraid, the fear of such people will increase after the murder. They received another proof of the validity of their concerns and “omnipotence” of the criminal authorities. Say, get any. Who fought, he will continue to fight,” said Abdurakhmanov, who was assassinated at the end of February.

According to Abdurakhmanov, Umarov was familiar with his future killer. He allegedly came to him in confidence under the guise of a client who wanted to buy him a car. Arriving at the meeting place, the assassin immediately fired three shots to the head and tried to escape.

“The Caucasus.Realities” also quoted living in Austria, the emigrant, who was one of the first learned about the shooting in Vienna (he did not wish to disclose his name for security reasons). “This murder, unfortunately, was predictable, he said. – Anzor was a personal enemy Kadyrov’s number one. It was guarded by the police. Not saved. Heard that Kadyrov is actively looking for a way out for him. Now we wonder: who’s next? The Chechens are not protected from violence at home or in foreign countries. And the killers have nothing to fear. If caught, put in a European prison and is a resort compared to the Russian. A family meanwhile, will be provided grateful for the service of the Sultan”.

Among those who was personally acquainted with Anzor Umarov – living in Finland political refugee from Chechnya, Musa Lomaev. “On Sunday we had planned to prepare for a big airwaves. I wanted, in addition to abusive trolling Kadyrov, Anzor constructively criticized Chechen authorities. Every news, interviews, videos, anything from Kadyrov can spend hours apart, comment on,” says Lomaev.

He is convinced that Europe can seriously protect the Chechens: “the Austrian Authorities failed to notice the second high-profile murder on their territory. The first was Umar Israilov. European intelligence agencies know perfectly well that criticism of Kadyrov become a target for his killers, but globally can not do anything. High, to place the person in a safe house, put the two machine gunners. The person thus deprived of liberty, sits in isolation.” As noted Lomaev, the killing of Umarov motivated the active members of the Diaspora, the desire to continue his work – criticism of Kadyrov: “To replace one of Anzor’s coming a few dire opposition speakers”.