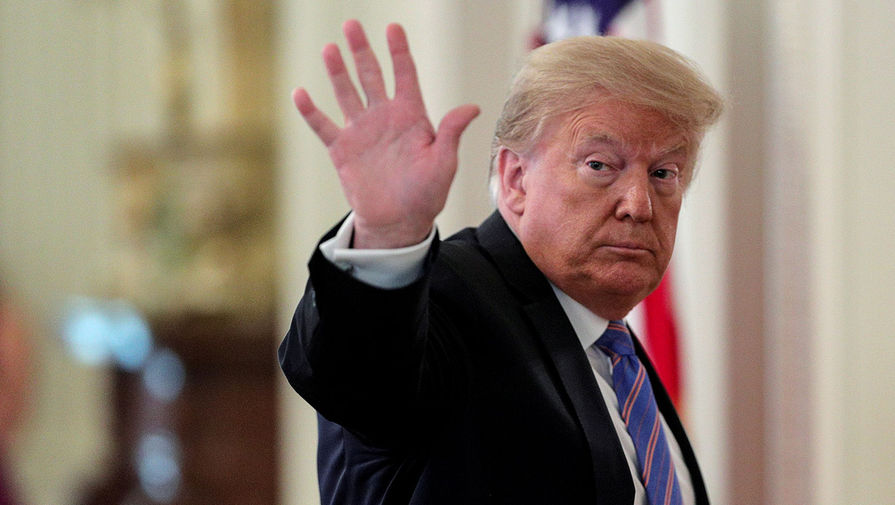 The head of the White house Donald trump told Congress about the U.S. withdrawal from the world health organization. As pointed out by democratic Senator Robert Menendez, the decision will leave Americans sick and America alone. The US President blames who in lobbying for the interests of China and promoting the spread of coronavirus.

The United States Congress has received notification from the head of the White house Donald trump about the fact that the country is officially out of the world health organization (who).

As pointed out on his Twitter page American democratic Senator Robert Menendez, the decision will hit residents of the United States.

“Congress has received notification that the President of the United States officially withdrew the US from the who in the midst of a pandemic. This decision will not protect the lives and interests of Americans — it will leave Americans sick, and America alone,” said the Senator.

Trump during a press conference on may 29 said that the United States will no longer cooperate with the who.

Its decision he explained that the organization not conducted as required by Washington reform. The funds who, according to the President of the United States, will be redirected to the health sector worldwide.

“We end our relationship with the world health organization, which works on the orders of China”, — said the American leader.

To break off relations with the who during the pandemic coronavirus COVID-19 is not a good idea, said the Deputy Chairman of the Duma Committee on international Affairs Alexei chepa.

“To break relations with who in such a difficult moment in the world is, of course, short-sighted and absolutely wrong,” — quotes the parliamentarian “Interfax”.

Thus Washington’s decision will have a negative impact on the who, because the United States was a major sponsor of the organization.

“But I think there are countries that will conduct a more pragmatic policy and in some measure compensate who lost income,” — predicted the Deputy.

In addition, he called the move trump to attempt to “shift responsibility” with the American authorities for the wide spread of the pandemic in the United States and the huge number of deaths.

“I think that the US will suffer great political damage from this move,” said a member of the lower house of the Russian Parliament.

In January, who have publicly appreciated China for a quick response to the dissemination of the new type of coronavirus COVID-19, that Beijing “immediately” provided the genetic map of the virus and worked openly.

However, six months later, according to the Associated Press, it became clear that representatives who were disappointed by the delays in providing information needed to combat the spread of the virus.

According to journalists, China has actually published a genetic map of the coronavirus just a week after three different government laboratories are fully decoded the necessary information.

The reason, according to AP, was the strict controls on information and competition in the public health system of China. The Agency points out that who could approvingly speak about China with the aim to obtain more information from the government.

According to this, in private officials who are still on 6 January during the weekly meeting noted that China does not provide sufficient information to assess how efficiently the virus spreads from person to person, or what risks it poses for other countries, which eventually cost the loss of time.

Then American epidemiologist working with coronavirus infection in the who Maria van Carhow said: “We receive minimal information. This is clearly not sufficient to correctly plan [of action against the infection]”.

Soon, American lawmakers made in the Senate a bill providing for the imposition of sanctions against China because of the pandemic.

According to the document, the restrictive measures will be imposed if China “does not provide a full report on the outbreak”. In particular, we are talking about events that directly caused the outbreak of a pandemic.

One of the authors of the bill is Republican Senator Lindsey Graham — said the virus spread in the US because of the “deception” of the Communist party of China. In his view, Beijing needs to allow international experts in Wuhan the lab for investigation.

In response, the Deputy head of the Ministry of foreign Affairs of China Le Yucheng said that China regrets the use of “some politicians” of the crisis with the coronavirus for “defamation” of China.

For his part, foreign Minister of Russia Sergey Lavrov has urged not to politicize the topic of coronavirus and who efforts to combat infection.

The diplomat noted that the chronology of events, by contrast, said that the who acted effectively. He urged to concentrate on specific measures to prevent the spread of illness and minimize the damage.