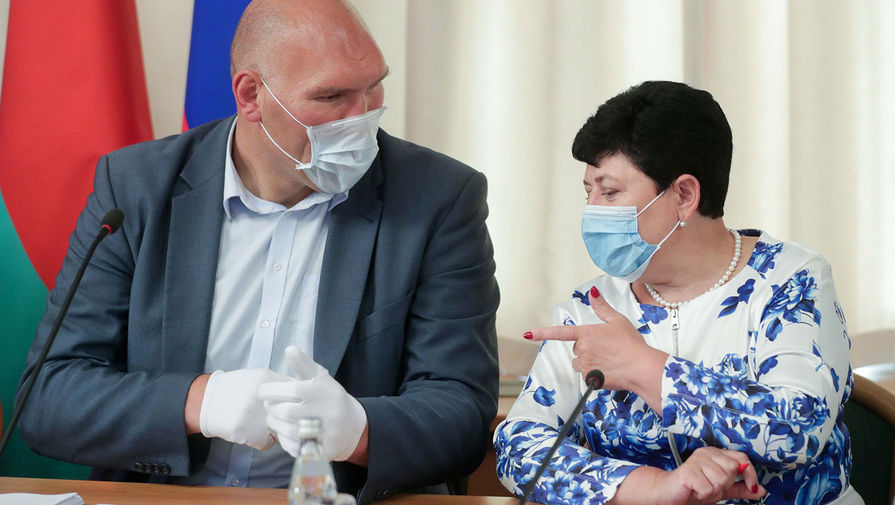 The parliamentary Assembly of the Union state of Russia and Belarus held the first in a year meeting. Deputies discussed the events dedicated to the 75th anniversary of the Victory, as well as questions of rapprochement of the legislation of the two countries. Despite the dialogue of parliamentarians, the Federal government largely continues to exist only on paper. According to expert estimates, the problem of integration of the two States is not situational but systemic.

Russia and Belarus confirm their determination firmly to resist any attempts to devalue the values of the Union state. The statement was made in the framework of the 58th session of the Parliamentary Assembly of SG — organ involving deputies of the Russian state Duma and the Belarusian house of representatives.

One of the main topics of today’s meeting — discussion of events dedicated to 75-th anniversary of Victory in the great Patriotic war.

In the context of the discussion of this issue and sounded the statement of the President of the chamber of representatives of Belarus Vladimir Andreichenko on the “devaluation of values SG”.

“The parade in Minsk and Moscow, Rzhev opening of the memorial and celebrations dedicated to the liberation of Belarus from the Nazis, confirmed the commitment of our countries to defend the peace, freedom and security, firmly resist any attempts to devalue the values that cement our Union,” he said.

Speaker of the state Duma Vyacheslav Volodin has specified in necessity of execution of the Federal budget, as well as approximation of legislation of the two countries. The sides discussed a bilateral agreement on mutual recognition of visas, speaking about the readiness promptly to ratify it. In addition, Volodin said about the need to end on decision on the abolition of roaming charges between Russia and Belarus.

Despite the stable operation of Federal authorities, Moscow and Minsk over 20 years since the signing of the Treaty on the Union state has not fulfilled many of his points.

Spoke about this openly, and the President of Russia Vladimir Putin. It was planned that the situation will correct the signing of the renewed Union Treaty, but it did not take place. Total planned to sign the 31 road map that would help Moscow and Minsk to come to provisions indicated in the contract 20 years ago.

In the process of integration of two States, one of the main topics was the existence 31 of the road map. In it, according to media reports, refers to the establishment of 12 national bodies.

It involves the creation of a single emission center, which implies the introduction of a single currency, the accounting chamber and the court of the Union state, the single customs authority, a single authority on account of ownership of the Union state, the single tax and anti-monopoly bodies and single regulators in the field of transport, industry, agriculture, communications, markets, gas, oil and electricity. To create each of these bodies are also encouraged to develop a “road map”.

In addition, 31 of the “map” refers to the establishment of a joint defence strategy of Russia and Belarus, unification of legislation on the part of intelligence and law enforcement agencies.

In the process of working on the integration of States in the society has repeatedly raised the topic of possible violations of the sovereignty of Belarus in connection with the perspective of creation of supranational bodies.

In 2019, the parties decided to focus on the work on 30 “road maps” to take their package and then, perhaps, to discuss the 31st. Now the negotiations, apparently, and suspended altogether.

The main contradiction at this stage of the work on integration were the issues of oil prices, namely the change in tax policy in Russia.

Moscow took a decision to reduce export duties on oil, increasing the tax on extraction of mineral resources. Minsk, in the past, buying Russian oil, haven’t paid the fee. Belarus is now firmly insists on compensation for the tax maneuver.

Lukashenko said that in six years the budget of the Republic will not receive $11 billion — all because of the tax maneuver of the Russian Federation. Budget losses in the oil industry from the reform in the year of 2020 Minsk estimates at $400 million.

By the beginning of 2020, the parties have been unable to find a compromise in such a sensitive issue.

On 6 March, the head of the Belarusian foreign Ministry Vladimir Makey said that Belarus sees no reason to continue working with Russia on a “roadmap” for deepening integration until you have solved the issues of oil supplies to the Republic.

On 11 March, the Prime Minister of Russia Mikhail Mishustin met in Moscow with Prime Minister of Belarus Sergei Rumas. During the meeting the Belarusian side has submitted new proposals for oil companies. The Rumas also stressed that Minsk plans to buy every month a minimum of two tankers of oil from alternative sources, even if the parties agree on the terms of Russian gas supplies. From the results of the negotiations with Moscow depends only on the volume of purchases, said the Belarusian Premier. Minsk has already agreed to supply oil from Azerbaijan is also negotiating with Kazakhstan. But now Belarus has to import raw materials at world prices.

In this crisis the issue of the integration of the two States has actually been shelved. Though for Russia this topic is still relevant, says “Газете.Ru” the Deputy Dean of the faculty of world economy and world politics HSE Andrew Suzdaltsev.

However, the problem of constructing the Union state is not situational but systemic.

“The problem is not the coronavirus or road maps, but the fact that our ally sees Russia only as a source of subsidies to solve their tactical problems, — said the expert. — When Lukashenka’s regime integration. His idea of integration is when he signed it, but, naturally, nothing will not be performed as the last 20 years — but he will get the money, the resources, and we’re still it would be to reproach and insult”.