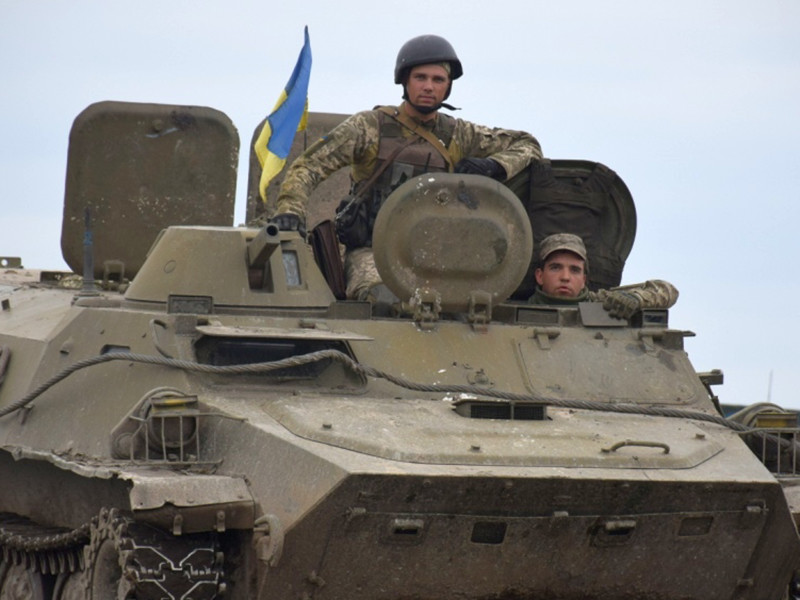 The immediate threat of invasion of the territory of Ukraine from the Russian Federation for today, no, said the chief of the joint operational staff of the armed forces of Ukraine Serhiy New. However, the Ukrainian army is preparing for any scenario, said Lieutenant-General, stressing that the Ukrainian military have strengthened all types of reconnaissance for obtaining information about the condition, status and nature of the actions of the Russian Armed forces.

“The participation of all intelligence agencies of the state and the leadership of the Armed forces of Ukraine, including the commander, chief of staff and defense Minister. Every day we receive information about the Russian armed forces, their presence, accumulation, increase the number,” – said New.

According to him, the Ukrainian armed forces work out plans respond to military threats from Russia, including the Crimean direction, UNIAN reports. But at the moment, “Russian threats” neither the Crimea nor the self-proclaimed Donetsk and Lugansk national republics.

New also said that the commander of the Navy of Ukraine Oleksiy Neiipp, who said on the eve of a possible military invasion of Russia from the Crimea, “exaggerated and does not have full information.”

Rear Admiral Neiipp earlier reported that Ukraine is preparing “a full-scale military confrontation” with the Russian army, which can capture from the occupied Crimea to Kherson region. The commander of the Navy announced that in this case Ukraine will start full-scale hostilities, and threatened missile complex “Neptune”, able to get to Sevastopol.

In the Kremlin the words of the commander of naval forces of Ukraine on the preparation for war with Russia called stupidity and hysteria. Senator from Crimea, Vice-Admiral Valery Kulikov has called on the Ukrainian military leaders to “cool the heads”, the first Deputy Chairman of the Duma Committee on defense Alexander Sherin stated that the threat Neiipp unsubstantiated. And the head of Committee of the Crimean Parliament’s public diplomacy and international relations Yuriy HEMPEL, in turn, called the Ukrainian military nonsense.

Military expert Yuri Whips in an interview with the newspaper “Evening Moscow”, said that Ukraine has no potential for war with Russia, and in the case of the attack of the APU on the Crimea the Russian army will answer a blow not only to those who will storm the Peninsula, but also on the bases and headquarters of the enemy. “Lviv base and others will be completely destroyed,” – said of the Whips.

As for the Ukrainian cruise missiles anti-ship missile complex “Neptun”, on the possibility of attacking the infrastructure of the Crimean region said commander of the naval forces of Ukraine Oleksiy Neiipp, they are easy to shoot down. As stated by the academic Secretary of the military scientific society of the black sea fleet, Professor of the Academy of military Sciences of Russia Sergey Gorbachev, the Ukrainian side greatly exaggerates the advantages of the rocket.

“It is subsonic, easy to shoot down, much by modern standards, obsolete. Although there are some innovations, but some military secrets for the black sea fleet from the point of view of its neutralizing these weapons is not” – said Gorbachev in his interview to RIA “Novosti”.

Cruise missile P-360 weighs 870 pounds and can carry a warhead weighing 150 kg. The range of its start – up to 280 kilometers, a speed of about 900 kilometers per hour, altitude over the crest of the waves – from three to ten meters. The complex provides simultaneous launch up to 24 missiles.