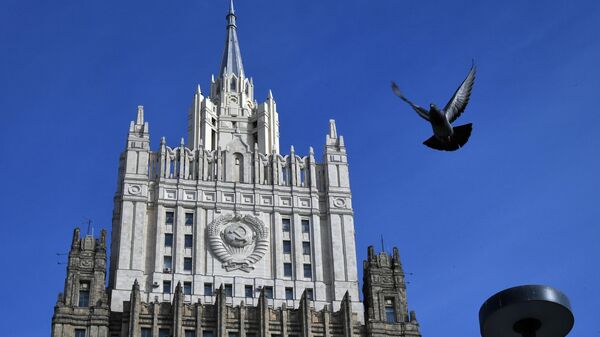 Today was the first such consultation to be carried out annually.

“The consultations were held as part of the launch dialogue mechanisms partnership Forum Russia – Africa organised according to the results of the summit Russia – Africa (Sochi, October 23-24 2019.). The Ministers agreed to hold a second political consultations of Ministers of foreign Affairs of Russia and “Troika” of the African Union in 2021,” reads the joint statement.

The online consultations on Wednesday, the Ministers “expressed serious concern about the continued global spread of coronavirus infection COVID-19 and its implications”.

“They stressed the necessity of expanding international cooperation in the fight against epidemics, pandemics and other problems in the field of public health. The Minister of foreign Affairs of the Russian Federation confirmed the readiness of Russia to continue efforts to assist African countries in the fight against the pandemic COVID-19 bilaterally and through multilateral institutions”, – stated in a joint statement.

In addition, the Ministers stated the importance of “the principles of equality and self-determination of peoples, argued strongly against the contemporary forms and practices of xenophobia, racism, neo-colonialism and Nazism.”

They also confirmed that the second – Russia summit Africa will be held in 2022 on the African continent. “They agreed that the specific dates and venue will be agreed during their next political consultations after the election of the Chairperson of the African Union for 2022”, – stated in a joint statement.

The first summit Russia – Africa was held in Sochi in October 2019 at the initiative of Russia under the chairmanship of President Vladimir Putin and Egyptian President Abdel Fattah al-Sisi. According to Putin, the summit “Russia-Africa” opened a new page in the relations of Russia with the countries of the continent. In Sochi gathered more than 6 thousand delegates from 104 countries, including more than 40 heads of African States and more than 120 foreign Ministers.