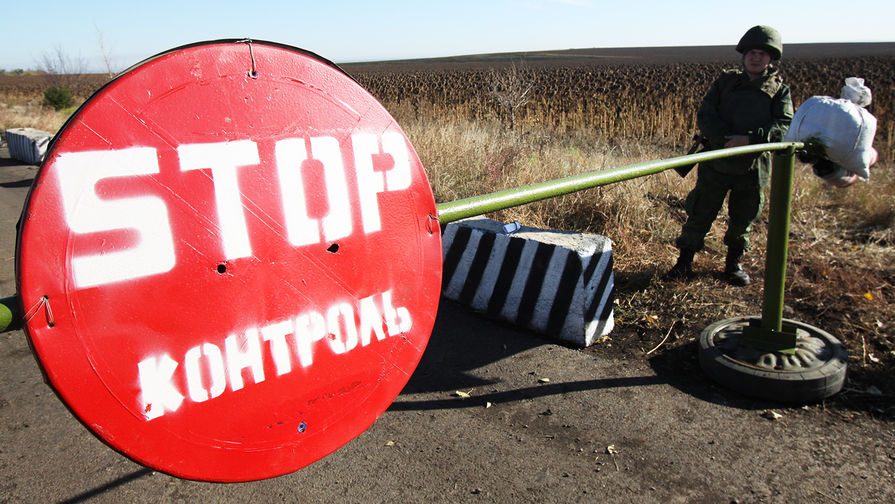 The dialogue of Kiev, Donetsk and Luhansk in the framework of the trilateral contact group on conflict settlement in the Donbass once again not brought any significant results. Regular meetings look more like an imitation of activity, as Ukraine refuses to go for rapprochement with the breakaway republics. Contractual engagements and promotes the growth of military aid from the West.

The representatives of Ukraine and the breakaway Donetsk and Lugansk national republics (DND and LNR) have participated in another video conference of the trilateral contact group on conflict settlement in the Donbass (TAG). However, the dialogue once again not brought any significant results.

“Despite all the accompanying us and a mediator in the person of the Russian Federation efforts, to our bewilderment, there is no progress:

Ukrainian delegates inaudible reacted to the discussion and approval of specific measures and the Ministry of for unknown reasons and completely pulled away,” — said at the end of the conference, foreign Minister DND Natalia Nikonorova.

On the agenda was discussion of issues such as the special status of Donbass, additional measures to monitor the ceasefire, the withdrawal of forces, schedule of mine action, the exchange of prisoners.

And although, as noted Nikonorova, the parties failed to find consensus on several articles of the law on the special status of Donbass, a key to the DNI and the LC the question of its implementation in Ukrainian Constitution continues to be ignored. Without this, the representative of Donetsk, further discussion is meaningless.

The cause of the regular failures of the meetings of the TKG trivial: the parties have different views on the underlying Minsk agreement. Donetsk and Lugansk seek to comply with the agreement, since their design guarantees that the cessation of hostilities in the overall favorable conditions: broad autonomy within Ukraine and Amnesty for all participants of the civil conflict. Kiev, apparently, is unacceptable. As noted at the meeting on 8 July press conference the Minister of foreign Affairs of Russia Sergey Lavrov,

“the Ukrainian side categorically does not want to confirm the Minsk agreements, approved by the UN Security Council”.

To understand the reluctance of the Ukrainian authorities to comply with the Minsk agreements, just look at the time of signing. So, the first Minsk Protocol, which was first proclaimed a truce, and demanded from Ukraine adoption of the law on the special status “of certain regions of Donetsk and Lugansk regions”, was signed in September 2014.

This was preceded by a fierce summer battle, the results of which could not be interpreted in favor of the Ukrainian army. Then thousands of soldiers of the APU caught in the environment in the “South boiler” under the Ilovaisk, Elenovka and Amvrosiivka. In addition, there was fierce fighting at the Donetsk airport, Lugansk airport was entirely under the control of the LC. At the end of August began the attack on the militia in Mariupol.

Similar situation for the Ukrainian army was formed and before the signing of the second Minsk agreement. In January 2015 the armed forces of the DNI permanently entrenched in the Donetsk airport, has again begun an offensive on Mariupol. In February, fierce fighting ensued in the area of Debaltseve, just a couple of days before the signing of the new Minsk agreements, Ukrainian forces had again encircled.

By and large, Kiev has twice signed the Minsk agreements for the immediate cessation of fighting, which he lost.

While the nationalist Ukrainian community initially made it clear that he believes the Minsk agreement contrary to the national interests of the country. Their rhetoric now repeats and power: on the impossibility of implementing certain points of the Minsk agreements, for example, on amendments to the Constitution or the granting of Amnesty to combatants.

The Ukrainian elite as a whole and the President in particular Zelensky speaks of the necessity of a revision of the Minsk agreements. This need is due to the irrelevance of the signed document, saying that five years have passed, things have changed.

“Now 2020. We still haven’t reached the world [in the Donbas]. Therefore, we believe that this document is not just possible, but needs to be changed, because some items cannot be sold. The Minsk agreement has been exhausted and demand change,” — said in February the former Minister of foreign Affairs of Ukraine Vadim pristayko.

But really the only thing that has changed over the past five years — fighting equipment and level of training of the Ukrainian army.

The Ukrainian authorities used the Minsk agreement as a breathing space to regroup and build up their fighting capabilities, which is still ongoing. For example, on July 8, the fraction of Democrats in the U.S. house of representatives urged to increase military assistance to Ukraine for $25 million In total, according to their proposal, Kiev will receive $275 million, which will be aimed at training of personnel, procurement of weapons, the development of intelligence.

A week earlier the commander of the Armed forces of Ukraine Ruslan Homchak said that one of the teams that will carry out the tasks in the Donbass, were given special training in the use of American missile systems Javelin. He also reassured Kiev it is planned to strengthen the Javelin all brigades in the Donbass. In 2014 and 2015 on the supply of lethal weapons to Ukraine was not considered.

But even if you don’t consider lethal weapons, foreign aid to the military of Kiev impressive. In 2016, the country has a comprehensive package of assistance to NATO in training of Ukrainian servicemen take part specialists from over 10 States, the total cost of supplies of non-lethal equipment is in the hundreds of millions of dollars.

“Of course, we expect Germany and France as partners of the “Norman format” will make its share of responsibility for the position that must occupy Kiev in relation to the most important document called “Minsk package of measures,” — said Sergey Lavrov today.

However, until Moscow “expects” the participation of Berlin and Paris, the real influence on Kiev have Washington’s actions. However, it is not something that I expect in Russia. As long as this situation does not change, wait for Ukraine to implement the Minsk agreements, or any success in the negotiations of the TAG is not necessary.