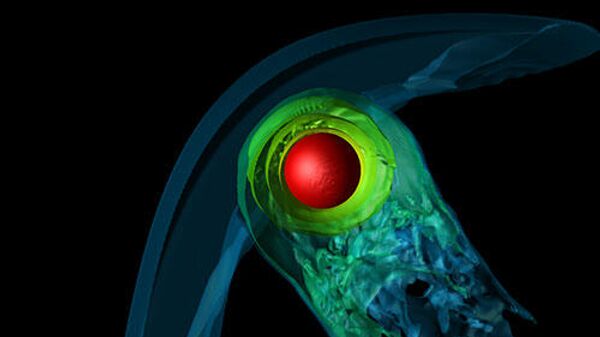 Tatiana Pichugina. Hunter exoplanet satellite TESS found the young hot Jupiter by the age of just 17 million years. These hot gas giants are dangerously close to their stars — some making a full revolution around it in just a few hours. Such exotic objects in our Solar system but in the Galaxy, as it turned out, enough.

In 1995 astronomers from Switzerland have discovered the first planet in a different star system — the same as the Sun, a yellow dwarf star in the constellation Pegasus. At first I thought that it is similar to Earth, but soon realized that the planet 51 peg b is closer to its star than even mercury. The orbital period of only four days. The mass of half of Jupiter, and the size is probably much greater. In fact, a giant burning ball of gas.

“It was a shock. I used to think that other planetary systems similar to ours. We have gas giant planets, very far away from the Sun. For comparison: Jupiter orbital period — more than four thousand days. And there are only four! Because of the proximity to the parent star the surface temperature there reaches thousands of degrees. Then found more of the same! Now they are about five hundred of the four thousand open exoplanets,” says Valery Shematovich, head of research Department, Solar Institute of astronomy RAS (INASAN).

Hot Jupiter was named after the largest planet in the Solar system. According to modern concepts, these giants formed a line of snow — where congenerous gas and water. This border is between Mars and Jupiter. Why is this rule not valid for hot distant cousins?

“On the basic hypothesis is that they migrated. The big question — why. Perhaps a few giant planets, formed at the margins, begin to move due to the resonance interaction. Another mechanism — inhibition of the residual gas and dust cloud. In favor of migration tells that a number of hot Jupiter is elliptical, elongated orbits. Sometimes they are strongly inclined to the plane of the Ecliptic. Thereafter, due to the tidal effects of the star’s orbit become circular”, the scientist explains.

A few years ago in Switzerland has proposed a model of formation of hot Jupiters: there is a seal substance also attracts the falling star dust and gas.

“In principle, such a scenario is possible, but while there are a lot of uncertain parameters that need to be clarified”, — said Valery Shematovich.

Giant hot Jupiters — the largest of the exoplanets. Them and opened the first because of their mass they resented the orbit of the parent star. Her surge to explain it was impossible, there was only one option — the planet nearby.

Another method of observing the passage of the planet across the stellar disk (transit). Scientists could not understand why, when the hot Jupiter is approaching to the disk, but does not cover it, the brightness of the stars decreases. Most likely, the planet has a gas envelope of hydrogen, which first creeps to the disk. Because of such eclipses was able to examine the structure and study the properties of exotic atmospheres. 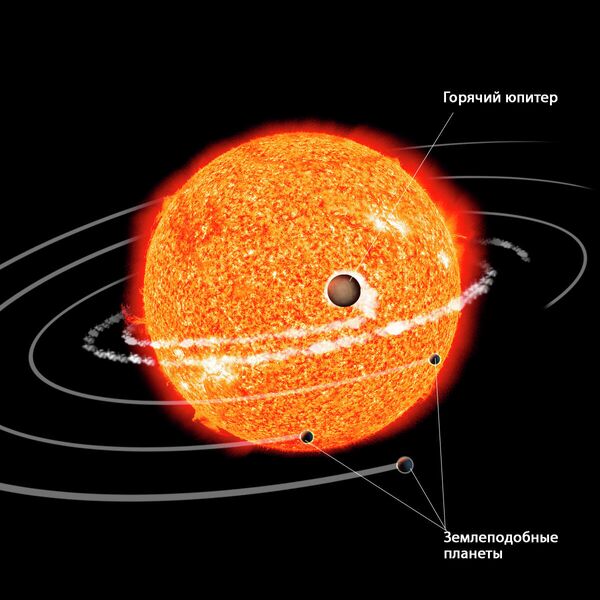 In about quarter of their gas envelope stretched. The idea is that hot Jupiters should eventually throttle back on the star and die. But since it’s the giant planets strong gravity and gas reserves in the atmosphere, despite the high rate of loss, provide a sufficiently long life time. Maybe hot Jupiters are silicate or iron core is to test it as of yet.

Russia gas shells hot Jupiters in scientific research group in INASAN, led by the Director Dmitry Bisikalo. Scientists have accumulated a lot of experience modeling the atmosphere of Jupiter and Saturn, and is now useful for the study of exoplanets. In 2019, there is created a laboratory “Research stars with exoplanets” under a government grant. It was headed by a leading specialist on the spectroscopy of stellar atmospheres, Professor Uppsala University Nikolai Piskunov.

“Hot Jupiters are crucial for testing the recent theories of formation of planetary systems. In the future, all that we develop for their research is applicable to subnational and supersense. The main task is to find planets in the habitable zone of star systems. Statistics show that they exist. Then their atmospheres will look for biomarkers of life”, lists Shematovich.

Hopes for new instruments, after all, hot Jupiters, unlike other exoplanets are easier to observe — they are huge and close to the star. And it gives much more possibilities to test hypotheses and models. Next year is scheduled to launch into orbit a space Observatory of NASA “James Webb”, and in 2024-m Russian telescope Spektr-UF, the successor operating successfully in space “Spectrum-RG”.

Hot Jupiters and learn from the Ground — for example, using radio telescopes of ALMA in Chile. In Russia, the new spectrographs for this purpose will soon be installed on a small telescope at Simeiz in the Crimea and at the peak Terskol in the Caucasus.