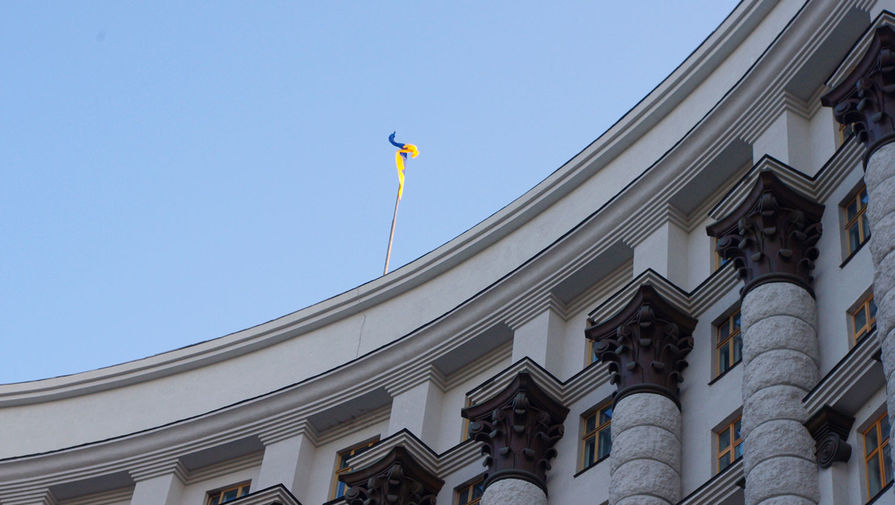 Ukraine has stated that it intends to withdraw from the Memorandum on cooperation with Russia in combating international terrorism. The document was signed in 2012 and since then has been renewed annually. But now Kiev has decided that the termination of the agreement will allow to create additional grounds for the protection of Ukrainian interests.

The Ukrainian authorities intend to leave the prisoner with Russia Memorandum on cooperation in the fight against terrorism. This decision was taken by the Cabinet of Ministers of Ukraine at its regular meeting on Wednesday, July 8. It has been broadcast on the YouTube channel of the government.

Kiev I am sure that this decision will give the opportunity to create “additional legal and policy basis for the protection of national interests of Ukraine in the conditions of the armed aggression of the Russian Federation and raise the profile of Ukraine”. Now the Ukrainian foreign Ministry should inform their Russian colleagues that the agreement is terminated.

The process of termination of the Memorandum spelled out in the document, in particular, in the 9th article. According to its text, the party that decides to terminate the Memorandum must provide “not less than 90 days before the end of the next annual period in written form the other party of its intention to terminate it”. If this does not happen, the document is renewed automatically for another year.

In turn, the head of the Ministry of foreign Affairs Sergey Lavrov said that

“the fight against terrorism should not be a victim and held hostage to some geopolitical games.”

“The fact that the Ukrainian leadership is engaged in geopolitical games, no doubts, no in the slightest degree competent observer,” he drew attention, answering the question of RIA “Novosti”. He also noted that the authorities of Ukraine have the right to withdraw from various kinds of agreements.

State Duma Deputy Ruslan Balbec, commenting on Kiev’s decision, expressed the opinion that Ukraine broke the Memorandum, which she herself did not comply. “I do not recall that Ukraine has cooperated with our country on counter-terrorism 2014. Just did the opposite: with the consent of Kiev to the Crimea, there were subversive groups, who even managed to undermine the infrastructure of the Peninsula near Alushta,” said Balbec.

The MP noted that “the majority of these homegrown terrorists were detained by our security services, but the fact of the penetration of armed people on our territory speaks to the fact that the Ukrainian government had joined terrorist organisations”. “So you broke the agreement, which themselves have not kept. We are neither cold nor hot,” — assured politician in conversation with RIA “Novosti”.

Member of the Council under the RF President on interethnic relations Bogdan Bezpalko expressed the view that the authorities in Kiev withdrew from the agreement to “eliminate legal mechanisms to fight” against terrorist organizations that are banned in Russia, and in Ukraine — no. “However, I must say that the Memorandum is not a contract. It is rather a Declaration of intent. That is, they could not particularly go towards our country. And frankly right now demonstrate that in every way will try to harm Russia”, — he said in comments kp.ru.

Bezpalko also noticed that “Kiev consistently in the face of past and current presidents breaks any ties with Moscow.” “But even then Ukraine, probably, it is necessary to withdraw from the Minsk agreements, frankly. Would cease to participate in the Normandy format. It would be fair.” — says the source.

The Memorandum of cooperation of Russia and Ukraine in the fight against terrorism was signed in Yalta on 12 July 2012 and has been extended every year since then. In the agreement the important place was given a “permanent political dialogue on topical international problems, including issues of international and regional stability and security.”

Thus, in the framework of the document the parties agreed to cooperate in the fight not only international terrorism but also drug trafficking, transnational organized crime. The joint struggle was also conducted illegal migration, proliferation of weapons of mass destruction (WMDs), and piracy.

Earlier, Kiev has released from the Agreement on the establishment of the Council of heads of financial intelligence units of the States-participants of CIS. At the end of June, the Ukrainian authorities confirmed the continuation of the revision of the contractual framework with Russia.