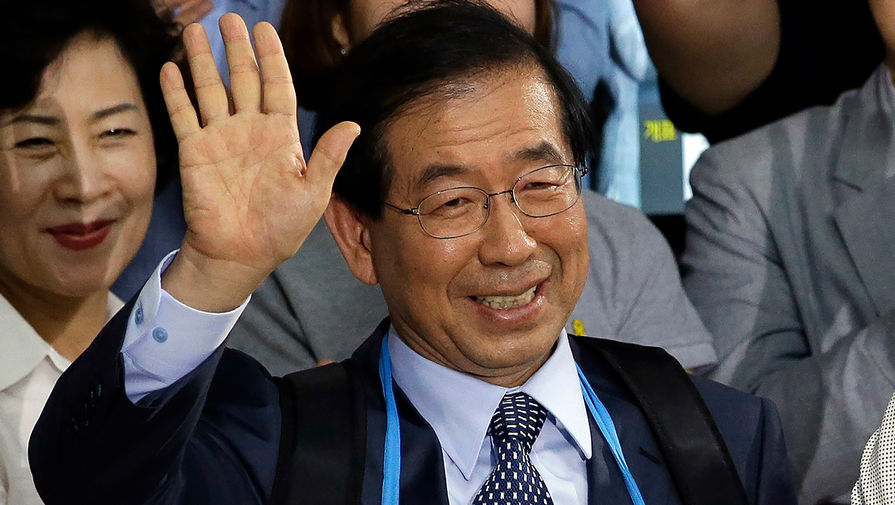 The mayor of Seoul Park Won-soon disappeared, police are looking for him with the use of drones and police dogs. Chinese media reported that the mayor is found dead, but denied the South Korean police. A statement about the loss of the Pack filed the mayor’s daughter a few hours after his disappearance.

Chinese CGTN channel citing sources said that the South Korean authorities have found the body of a previously missing mayor of Seoul Park Won-soon. The South Korean police refutes the information. It is not confirmed by the Agency Yonhap, according to which the search of the mayor continued.

The disappearance of Park Won-soon previously told police his daughter. According to her, the father left home at about 17:17 local time (11:17 GMT) and left a note as she said, similar to a will. After that, the mayor of Seoul has gone missing, his phone is off.

The daughter of the mayor has submitted the application after four or five hours after his disappearance.

Law enforcement agencies conduct a comprehensive search with the use of drones and police dogs. The TV station YTN said that the operation involved up to 200 people, the search is complicated by nightfall.

According to police and the mayor, Park Won-soon, left his residence at 10:44 (04:44 MSK). He was wearing dark clothes, at itself had a black backpack. The last time the phone signal Park Won-soon were recorded in the district of the temple of Gillsans in the Northern district of the capital Chonbuk.

Shortly before the incident, the administration of Seoul, issued a message that one of the events in the schedule of the mayor had to cancel because of the “necessary circumstances”.

Also, local television reported that shortly before the disappearance of the Pack, his Secretary had filed a lawsuit against him on harassment. According to the Complainant, the mayor not only touched her, but also sent personal photos — mostly via Telegram.

According to Yonhap, July 9 at 16:40 (10:40 GMT) the mayor was to hold a meeting with the Chairman of the Commission for the balanced development of the state under President Kim Sa Elem, but did not come to work due to poor health.

Park Won-soon was born in 1956. He held the post of mayor of Seoul in 2011. As a non-partisan, Pak took part in the elections as a single candidate from the opposition. In 2012, he joined the United democratic party. The head of the Seoul — human rights activist. In addition, he established several social and civic organizations.

Recently, Seoul is experiencing the formation of local foci of the coronavirus, they are even called the “second wave” COVID-19. From the very beginning of the epidemic, the mayor of the capital coped with the increased workload. After the virus began to spread in the clubs and bars in the Itaewon district Park Won-soon even began to hold daily briefings.

The South Korean authorities called night clubs new hotbed of coronavirus in the country and a threat to the emergence of a second wave of infection in the near future. As noted by the mayor of Seoul, the number of new cases of a disease associated with visits to night clubs in a single district of the capital, was increased to 40.

By order of the mayor all night clubs of Seoul temporarily closed.

In turn, the Central government of South Korea has promised to mobilize efforts to prevent the further spread of infection.

South Korea became one of the first countries cope with the epidemic of the coronavirus. The state managed to achieve this without the introduction of strict quarantine measures, but only through total testing and tracking of social contacts infected.