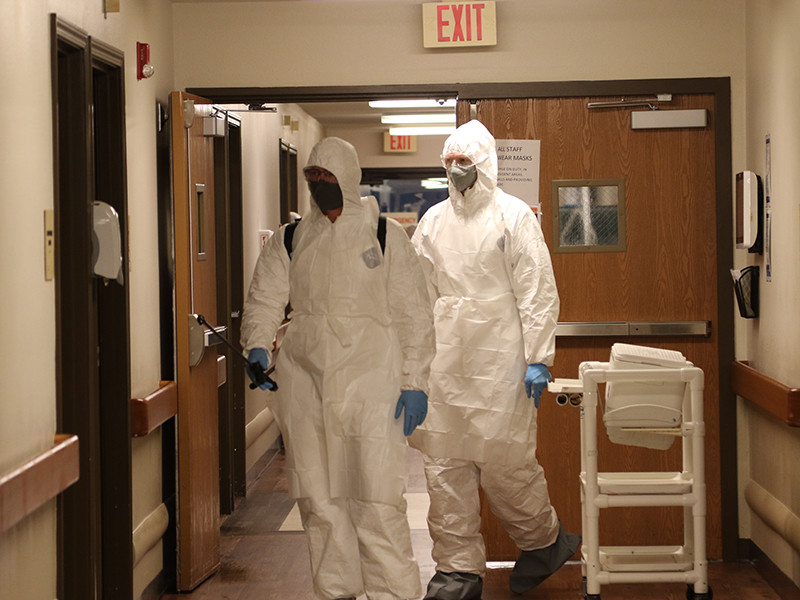 According to the statistics of the University of Johns Hopkins in the US for the past day revealed 60 of 209 new cases of infection with coronavirus, which is a record daily rate. The total number of infected reached 3 million people.

According to different sources, the death toll from the effects COVID-19 in the United States in one day amounted to about 1000 people.

About 24 States have reported alarmingly high levels of infection over the last week. In Arizona, another hot spot of the pandemic, the rate of coronavirus tests with positive results increased to 26%. The statistics of new hospitalizations is increasing in 25 States, which is a sign that efforts to combat the spread of coronavirus in there failed.

The most serious is the situation in Florida, where there is a shortage of hospital beds in intensive care units – more than 80% of them are already filled.

The Governor of the state of new York Andrew Cuomo has already lashed out at U.S. President Donald trump, claiming that his submission the Americans do not take seriously the problem of coronavirus. The President of the United States believe that 99% of the cases COVID-19 in the country “totally harmless” and the mortality rate in the USA is the lowest on the planet.

In the United States believe that the immune system recover from COVID-19 will allow the pandemic to fade before will be used extensively anticorosiva vaccine.

“In some States and in some countries where was really very high morbidity, we are already beginning to approach this threshold (60% survivors). Therefore, it is hoped that this disease will fade by itself, even without the vaccine,” – said the Deputy Director for science, division of vaccines the American Agency Food and Drug Administration (FDA) Konstantin Chumakov.

He explained that while scientists cannot accurately measure the degree of security people because I had been ill without obvious symptoms often, the level of antibodies is low, “and some of it is not at all”. However, according to the virologist, the latest data show that the immune system is still formed: we can measure the level of antibodies, and the other measure of response of cellular immunity, reports “Interfax”.

“The latest data show that those who have had it without symptoms or with very mild symptoms, it is the measured level of T-cell response, that is, the cellular response of the immune system,” – said Chumakov.

The virologist also said that the existing live vaccines against polio and other diseases have the potential to give protection from COVID-19 is not worse than the special vaccine against the coronavirus, which is trying to develop the whole world. “Now, for the last 10 years, there was a lot of work, which show that other vaccines cause such temporary protection. This is absolutely the easiest and cheapest way, which is a sin not to use,” – said Chumakov.

He explained that the idea that live vaccines – i.e. vaccines that use a live, but weakened pathogen is able to increase the body’s defense not only of “his” virus and other infectious diseases, first appeared in the Soviet Union. According to him, 50 years ago, Soviet virologist Marina Voroshilova found that patients vaccinated with a live vaccine against polio, 3.8 times less likely to get sick with the flu than vaccinated a flu vaccine.

According to him, this result was forgotten for a long time, but recently there are more papers that suggest that not only polio vaccine but also other vaccines can give a similar effect. In particular, the presentation of the scientist referred to the BCG vaccine.

Chumakov noted that this property of live vaccines should be used to combat the novel coronavirus infection. “But, unfortunately, yet it’s moving very slowly,” – said Chumakov.