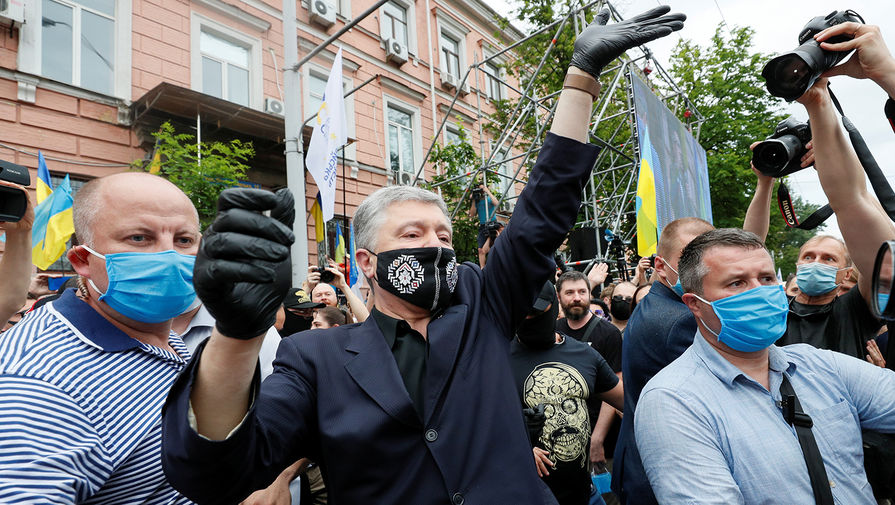 After the former head of the NSDC Oleksandr Turchynov headed the headquarters of the party Petro Poroshenko “European solidarity”, in Ukraine, talking about the impending fall of the coup. Turchinov do not specializiruetsya election campaigns, but it has significant political experience of the Euromaidan. It is considered to be one of those who contributed to the passing events in the phase of armed conflict. However, polls show that nationalist sentiment is gradually going into decline.

Ukraine has actually started the preparation for the autumn local elections. In addition, Ukrainian journalists and politicians discussing the possibility of a revenge of the ex-President of Petro Poroshenko.

The start of the election campaign of the party of ex-President of “European solidarity” and at the same time an occasion to talk about his attempt to regain power was the appointment of former Secretary of Council of national security and defense of Ukraine Oleksandr Turchynov to the post of head of a staff Poroshenko. About this Turchynov said in his Facebook on June 30.

“… it hurts me to see how a country that since last year was artificially driven into crisis paradigm, moving steadily closer to socio-economic disaster, — is spoken in the message. I’m not interested in parliamentary mandate or public office, but to help the unification process and prepare high-quality cadres of effective managers, I accepted the offer to lead the staff, which creates a leading Ukrainian opposition political party “European Solidarity””.

Turchinov also said that he decided to lead the staff of Petro Poroshenko because of the influence on domestic and foreign policy of Ukraine “the fifth column of the Kremlin.”

Anti-Russian rhetoric is an integral part of the strategy and rhetoric of the former head of the national security Council.

It was his return to a political career, and even under the banner of the former President, became an occasion to talk about the fact that Poroshenko and his entourage are preparing not only for the local elections in the fall, but a coup d’etat.

Oleksandr Turchynov is one of the most aggressive in relation to Russia, the Ukrainian political heavyweights. It is believed that he was instrumental in the transition of the Euromaidan in the phase of armed conflict. Accordingly, the experience of stimulation of dissent, the organization of the protests themselves it is, moreover, significant.

In addition, a significant part of his political career Turchynov takes work in law enforcement agencies: in 2005 he headed the security Service of Ukraine in 2007 was appointed first Deputy Secretary of the NSDC and finally in 2014 he headed the Department. It Turchinov became the Chairman of the Verkhovna Rada after the change of power in the country, and then acting President.

In the previous composition of the Verkhovna Rada Turchinov has become one of the leaders of the nationalist party “popular front” with eks-the Prime Minister Arseniy Yatsenyuk and interior Minister Arsen Avakov.

Oleksandr Turchynov is one of the most influential in Ukraine politicians among the supporters of the war, activists of the Maidan and nationalists. And his transition to the team Poroshenko, says that in the near future nationalist sentiments of the Ukrainian society are likely to unite under the umbrella of one political force.

Meanwhile, the election campaign are not the main activity of Turchynov, in this connection, and there were arguments that the former head of the national security Council will head the headquarters of Poroshenko with the aim of holding a good for party elections.

“Turchynov goes to Poroshenko for the preparation of a major project on the change of power in the country through the organization of street protests in the fall, — quotes the Ukrainian edition “Страна.Ua” the words of a source familiar with the situation in the party of the former President. — Also said to tighten and Yatsenyuk. Avakov is in question. He’ll probably try to use the situation to strengthen negotiating positions with Zelensky”.

However, the prospect of a rematch Petro Poroshenko fairly slim. Nationalist forces in Ukraine has lost its popularity, as demonstrated by the presidential and parliamentary elections. Thus, the “popular front” simply did not take part in the parliamentary elections last year due to the almost complete lack of support among citizens. “European solidarity” demonstrated the best result of all nationalist parties, taking fourth place with a score of 8.1%.

Over the past year this trend has not changed, and that confirmed by opinion polls. However, last night’s ratings still are a surprise to many.

30 June published the results of a survey conducted by the sociological service of the Razumkov Center. The study showed that President Vladimir Zelensky is trusted by 41% of respondents, and not trusted by 51 percent. This is the second consecutive poll showing that the level of distrust to the head of state above. The party of the President “servant of the people” is supported by 30% of Ukrainians. However, a gradual drop in rankings is a normal situation in almost every country. A sensation became not the results Zelensky and “public Servants”, and its competitors.

If early opinion polls showed that, while the President’s rating is falling, be afraid he is just nobody, but now the sharp rise in popularity can boast of “the Opposition platform For life”, which received 22%. The leader of the party Yuriy Boyko support 20%. In April, his approval rating did not reach 11%. “The opposition platform of Pro – life” even once in the six years after the events of Euromaidan have not reached such a level of popularity that, first, indicates a gradual decline of nationalist sentiment and increased demand for the end of the war, and, secondly, about the disappointment of the electorate in the President.

In the team of the President of Ukraine, if worried about the prospects of participation of Petro Poroshenko in the local elections and its potential plans for a coup, then he gave no sign. Speaker of the Verkhovna Rada of Ukraine Dmitry Razumkov in an interview “Стране.Ua” he said that he sees no preconditions for such a scenario.