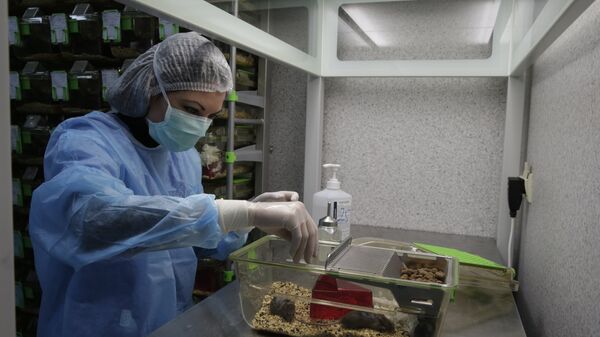 Biologists from the Moscow state University together with colleagues from the Harvard school of medicine examined how changes with age of protein biosynthesis in the organs of mice. It gives an understanding of one of the fundamental mechanisms of the aging process. The study is published in the journal Proceedings of the National Academy of Sciences.

The basis of aging are injuries that accumulate over time in cells, tissues and organs of living organisms. Biosynthesis of proteins — the most important metabolic process that a cell spends most of the energy produced. The breach contribute to the aging process in General.

It is known that certain impact, reducing the efficiency of protein synthesis, increase the life span of animals. For example, in the absence of amino acids, when an animal is starving or under conditions that denaturation of proteins — in the case of overheating or intoxication — the level of protein synthesis decreases, and this adaptation allows the organism to survive in adverse conditions.

The effect of slowing protein synthesis, prolonging life, occurs in the organisms of some animals with low-calorie diet or the use of drugs that reduce the activity of one of the main regulators of protein synthesis — protein kinase mTOR.

The authors found that with age in liver and kidney of mice is something like: aging cell, as if sensing the accumulation of damage, reduce the level of protein synthesis to delay the onset of adverse effects. The task of scientists was to understand the mechanism of this process.

The study of changes that occur with age in various organisms — from yeast to humans — scientists from the research Institute of Physico-chemical biology named after A. N. Belozersky MSU do with 2017. The main project of the laboratory was to study the pattern of protein biosynthesis in the organs of mice of different ages by the method of the ribosomal profiling.

“This ultra-modern method is relatively new and has revolutionised, bringing all the benefits of systems biology in the study area of protein biosynthesis — presented in a press release from MSU said Sergey Dmitriev, one of the study’s authors, senior researcher, Institute FHB MSU and MPI wounds. — In the cell synthesize the protein a specific molecular machines – ribosomes. They “translate” (broadcast) gene sequences from the language of nitrogenous bases on which the information recorded in DNA and RNA into the language of amino acids that make up proteins. Ribosomal profiling method allows to determine simultaneously all the RNAS, which at this particular moment are translated by ribosomes in the cell. This is next generation sequencing and complex bioinformatics data processing”.

The chemical and “computer” part of the research performed at MSU based on the experience of American colleagues.

Graduate of the faculty of bioengineering and bioinformatics, Moscow state University Alexander Anisimov, the first author of the article says: “because of the unique experience gained in the laboratory of Vadim Gladyshev in Boston, we were able to use ribosomal profiling method to two organs — the liver and kidney of mice of different ages. This allowed to characterize in detail changes in gene expression at the level of protein biosynthesis during aging. We found changes in the synthesis component of many important processes and regulatory pathways, including those associated with immunity, inflammation, extracellular matrix and the metabolism of fat. But the most striking observation we made concerns the slowdown in developments themselves components of the protein-synthesizing apparatus ribosomal proteins and translational factors.”

“The findings help to understand the fundamental mechanisms underlying the aging process. At the same time we learn a lot about the molecular mechanisms of protein biosynthesis,” says one of the leaders of the work, a Professor at Harvard medical school, Vadim Gladyshev.

Currently, scientists are continuing research to determine what effects on mice lead to an increase in life expectancy.