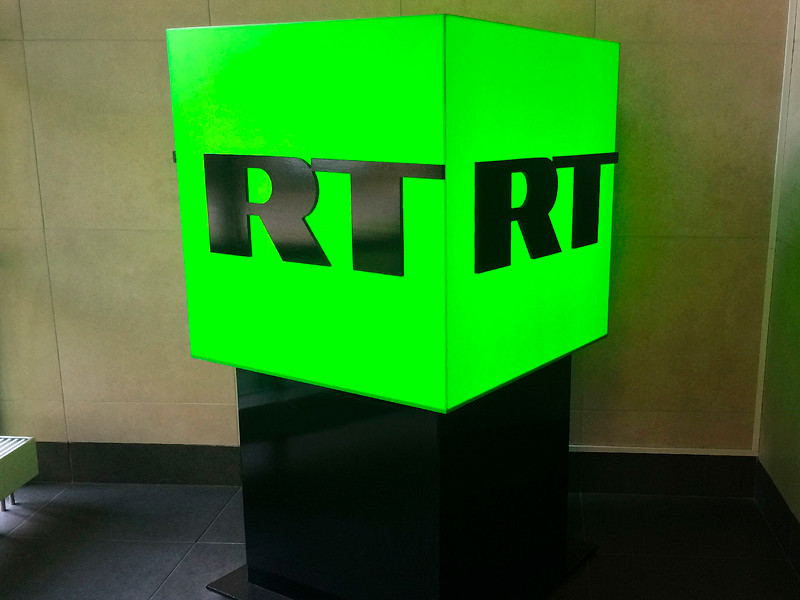 Subordinate to the Parliament of the Lithuanian Commission on radio and television, which controls the activities of radio and TV broadcasters in the country, banned the broadcast of Russian TV channels of the group RT (formerly Russia Today), reports TASS. On Wednesday said the head of the regulatory Department mantas Martisius.

“Taking into account the recommendations of the foreign Ministry, the Commission decided to stop the retransmission on the territory of Lithuania five programmes the RT”, – he said. The regulator’s decision will enter into force after it will be published on the Commission’s website. And it will happen on Thursday, said Marticus.

He also said that at the meeting which decided on the ban, representatives of the group of RT was not invited. According to him, “we are not talking about violations”, the contents of which are usually discussed at the Commission with the representatives of the other side, and on the Council of the EU “sanctions against controlling the structure of the General Director of RT of Dmitry Kiselyov”.

Note that RT is the General Director Alexei Nikolov and Kiselev is the Director General of the holding MIA “Russia today”, which includes RT.

Under the ban of the Lithuanian authorities get the RT, its version of RT HD and RT Spanish, and RT Documentary RT Documentary HD. Russian TV channels in Lithuania are available only to users of cable networks and the owners of satellite TV dishes.

On 30 June the national Council for electronic media of Latvia took a similar decision in the country to ban the broadcast of the seven included in the RT Russian TV channels. In response, the official representative of Russian foreign Ministry Maria Zakharova said that Russia calls on the international institutions to assess the actions of the Latvian regulator. According to Zakharova, such discriminatory steps taken by the authorities against the Russian media, the attempts of the liberation of the information space of alternative points of view, is a flagrant violation of international law, freedom of expression and equal access to information.

Add Dmitry Kiselev leads on the channel “Russia” final weekly news program “Vesti Nedeli”, which critics say Pro-Kremlin propaganda. He is also known for various controversial statements. In 2014, right after the confrontation started between the US and the EU with Russia because of the accession of the Crimea, in one of his broadcasts, the journalist has threatened to turn the United States into radioactive ash.

Before that, in April 2012, the presenter in the program “Historical process” said that we need gay heart “buried in the ground or burned as unsuitable for the continuation of life”. He also proposed to prohibit homosexuals donation.

Despite its anti-Western accusatory speech shortly before entering into the black list Kiselev vacationing with his family in Amsterdam. He was also convicted in connection with the state Department and travel to the United States at the expense of the receiving party. After getting blacklisted Kiselev was deprived of the state awards of Lithuania.

In July 2015, British Bank Barclays froze the accounts of the MIA “Russia today”, which is headed by Kiselyov. Then the British representative office of BBVA Bank refused to transfer money to the TV channel Russia Today, which is funded from the Russian budget.

Sanctions against Russia and its representatives were adopted in connection with accession of the Crimea to Russia, which the West believes annexation, and the escalation of the conflict in the East of Ukraine.

In may 2015, Dmitry Kiselev tried to challenge personal sanctions in the court of the European Union. While in public, “Kremlin propagandist” argues that sanctions are not afraid of him. At the beginning of 2019 Kiselev read rap, in which were these lines: “Europe with the lectures, blame the foreigners, deprived of imports, bending his fingers. But we calmly, not giving in to provocations, put its pipeline on their sanctions.”