The disappearance of smell and sometimes taste (anosmia) has become one of the most common symptoms COVID. And now, scientists believe, one of the most formidable. “Today, we see the violation of smell at coronavirus infection as one of the most important indicators of damage to health”, – told in interview to an observer “MK” a famous specialist in toxicology and pharmacology, pathologist Alexander Ediger. 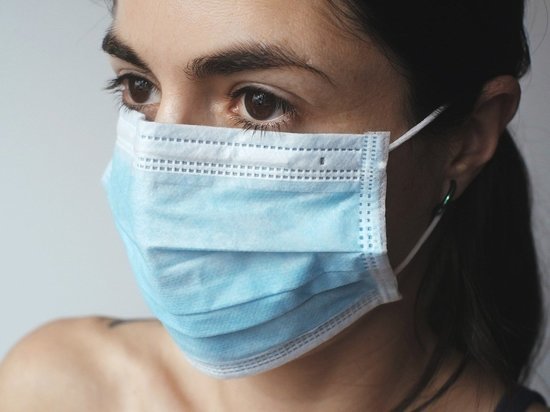 – Violation of the sense of smell is one of the characteristic features COVID infection. Moreover, in most cases we are talking about its absence. But sometimes perverted sensations, odors people perceive as olfactory hallucinations, says Dr. Ediger.

– Can you give an example?

For example, one patient attempted to bite a pickle and felt a strong smell of watermelon. He was scared – and he was absolutely right that scared. In the end, this led to hospital treatment.

– Alexander Vladimirovich, in recent times, there are already several scientific papers, which put forward a different version of the causes of anosmia with coved…

– Actually, there are two versions COVID-lesions of the olfactory spending. The first – primary lesion a virus of the Central nervous system (including the first deep brain lesions), and a direct toxic effect of the virus on the cells of the nervous system – neurons and glial cells. Second – the defeat of the microcirculatory bed in the Central nervous system and, accordingly, a local lesion of the olfactory nerves. In any case, both extremely serious. For example, I am inclined to the combined option – most likely, we are dealing with that, and the other at the same time.

– How long is the patients loss of smell? In America there are cases when odors do not come back in some patients for three months.

– Such patients have not been yet, but the defeat of smell at COVID lasts long enough. I see cases of anosmia in some patients longer than two months, and I regard it as a very unfavorable symptom, which suggests that the CNS is complex and long.

For two months patients a complete lack of smell or partial?

– In several cases – a complete lack of smell, that can not be restored, and in several, there is partial recovery with slow dynamics. While the odors will not return these patients to do.

– Western publications exist, but I’m not sure this topic is well investigated to date. Only at the level of symptoms.

To understand this, you need detailed therapeutic scheme, as the scheme is for a patient who suffered a transient ischemic attack as a harbinger of stroke. Such patients should be treated with the utmost seriousness, as patients requiring optimal neurological approach to the restoration of the structure of the nervous system.

– What examination you must pass those who are faced with anosmia in cowed?

– No need to self-medicate, you must appeal to the neurologist, the MRI of the brain and a whole range of functional tests with the study, including circulation to the brain.

– And if the odors are recovered, may be?

Is a very good sign. If odors return quickly, we can talk about the good forced out and the immune system, and CNS from infection.

– Someone from the office, the smell returned suddenly on the background of stress. She said it was bad. Is that so?

Is absolutely good. If we are talking about Eustress (i.e. positive stress), it can have a positive impact on the Central nervous system. A sharp return of smell says about significant changes in the blood circulation and hormonal “the feedback”. Today, unfortunately, so many myths around what happens in the CNS.

– Some smells go away gradually and also gradually come back…

– This is one of the options. COVID have very different trends, he has incredible variety and diversity of the clinical variants and the clinical masks.

– Talking about the situation, if the person moved COVID easily, and smells are a long time returning?

That stuff happens. This may indicate local point defeat, including any microcache in the CNS. Which, unfortunately, historically, led to the loss of olfactory sensitivity it. And the rest of the people can be healthy. But this needs to be addressed certainly. We stand on the seafront called “Consequences COVID”. I would not like to do forecasts, but we will have to work a lot.