After repair in the house or car maintenance remain plastic canisters of 5, 10, 20 L. Most of them thrown into the garbage as unnecessary, and only part engages in a case, for example, for storage of various liquids. The capacity of the canister is much larger. Their case tool. It is convenient to put the screwdrivers, chisels, pliers, drill, screwdriver, etc. 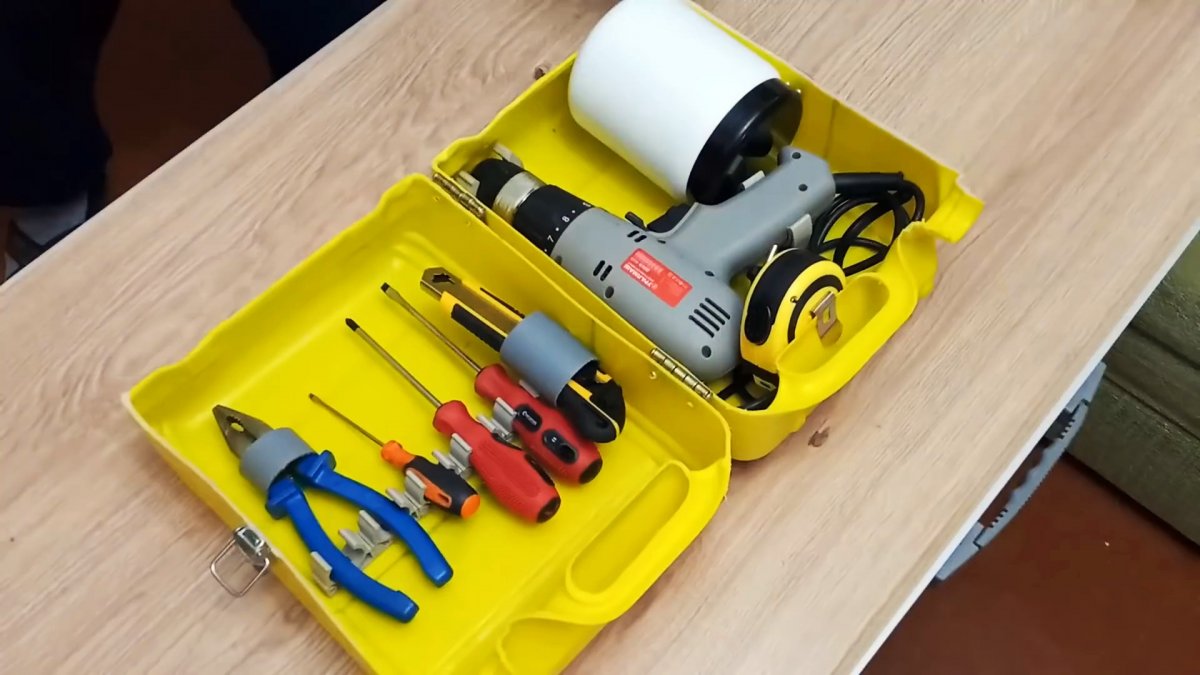 The manufacturing process of the case 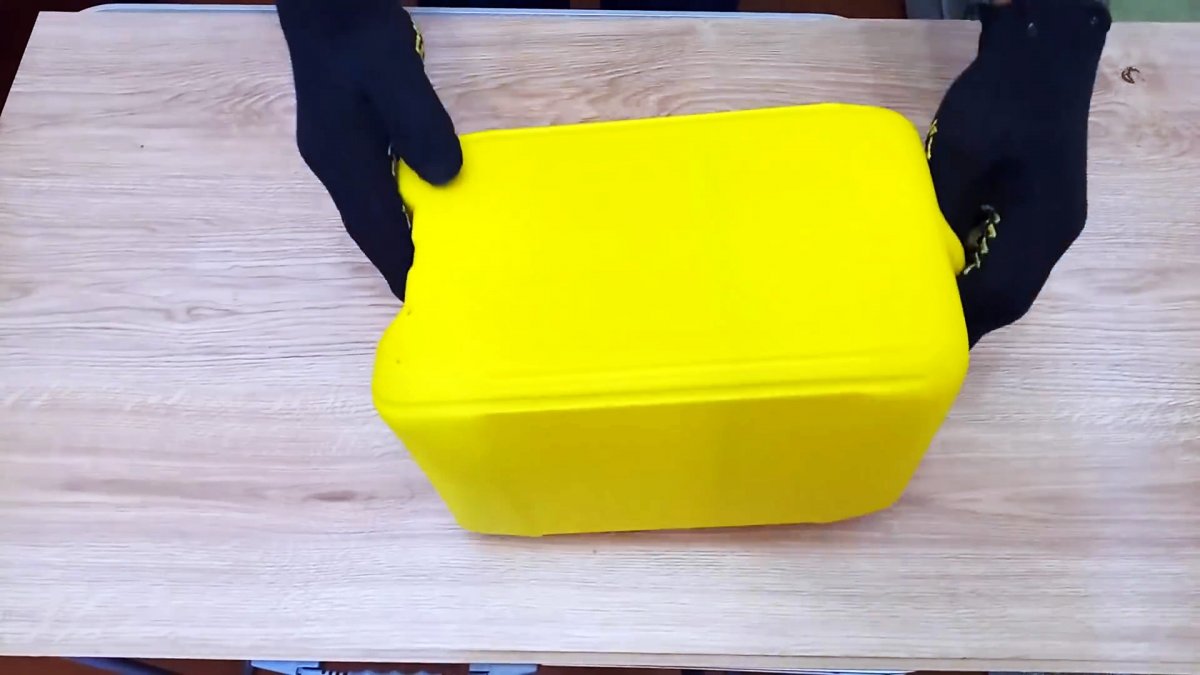 The canister is marked along the seam for the 2 halves. Then she cut along the markings. 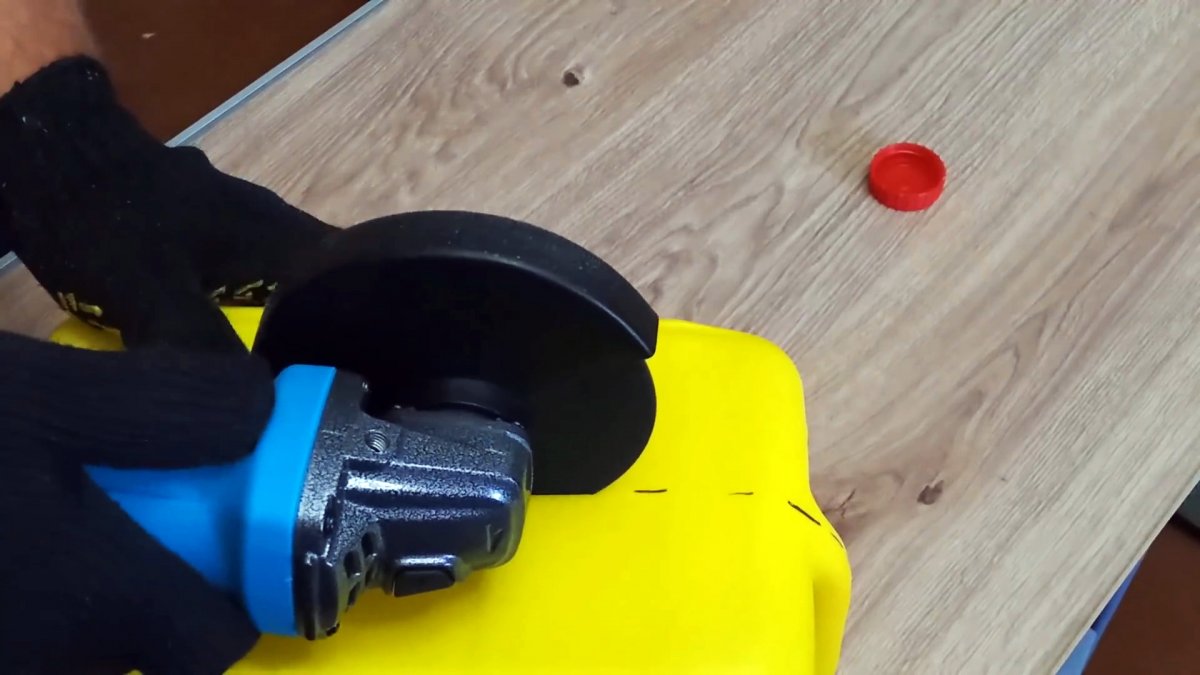 First you need to make a cut on the side pieces, then put between halves of the window hinges and install them on the studs. 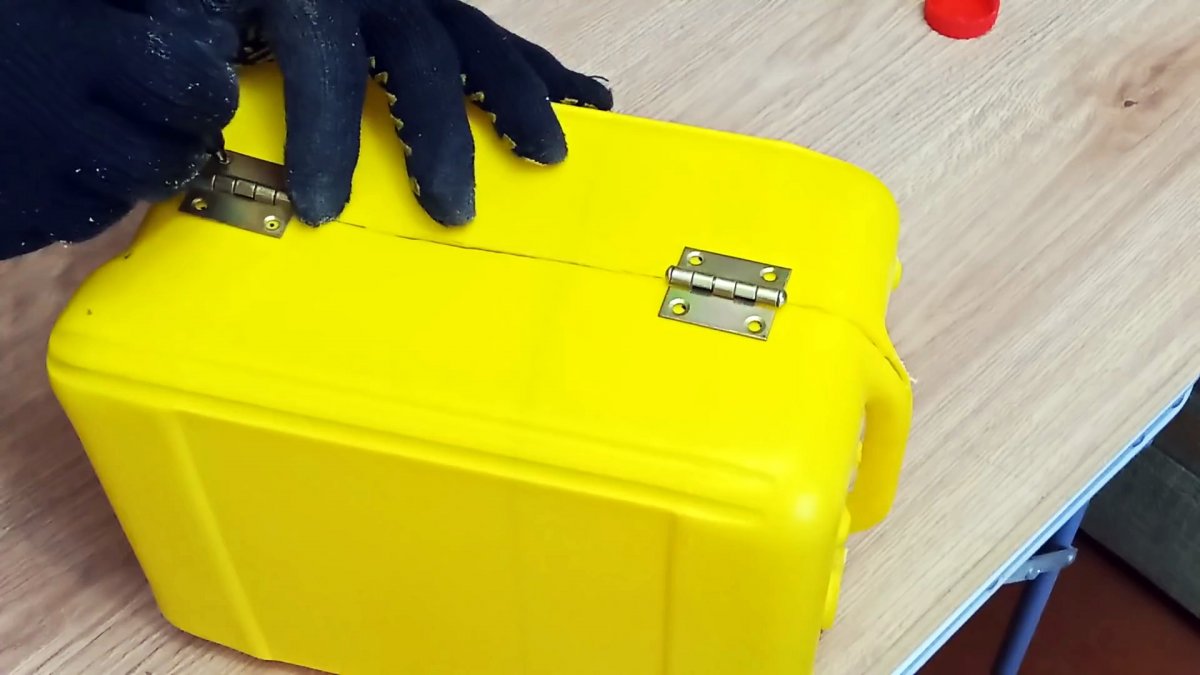 You’ll have to make holes for rivets heated nail or drill them with a drill bit. 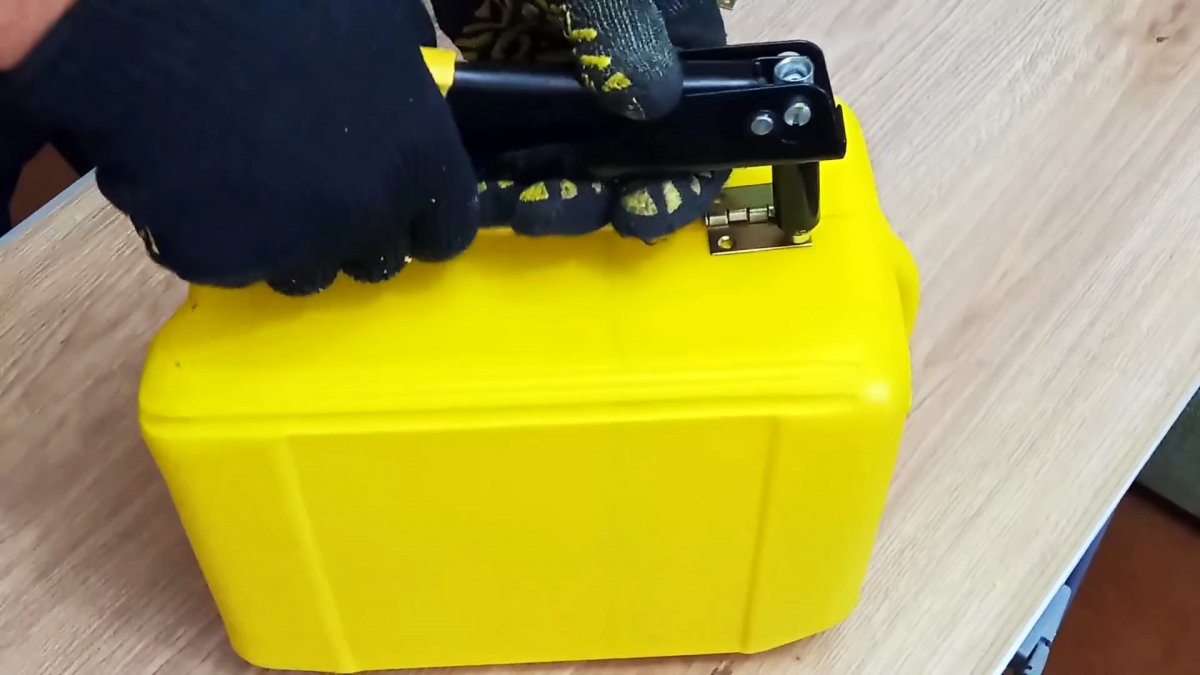 After the installation of the loops canister is cut through. If initially dissolve completely, then in the future it will be difficult to attach half to exactly put hinges. On opposite from hinges side cans also on the rivet set is held together by the latch. Important if the walls of the canister are thin or soft, then you need before tightening to put on the opposite ends of rivet washers of a suitable size. In this case, the mount is definitely not able to escape from the plastic under overload case. 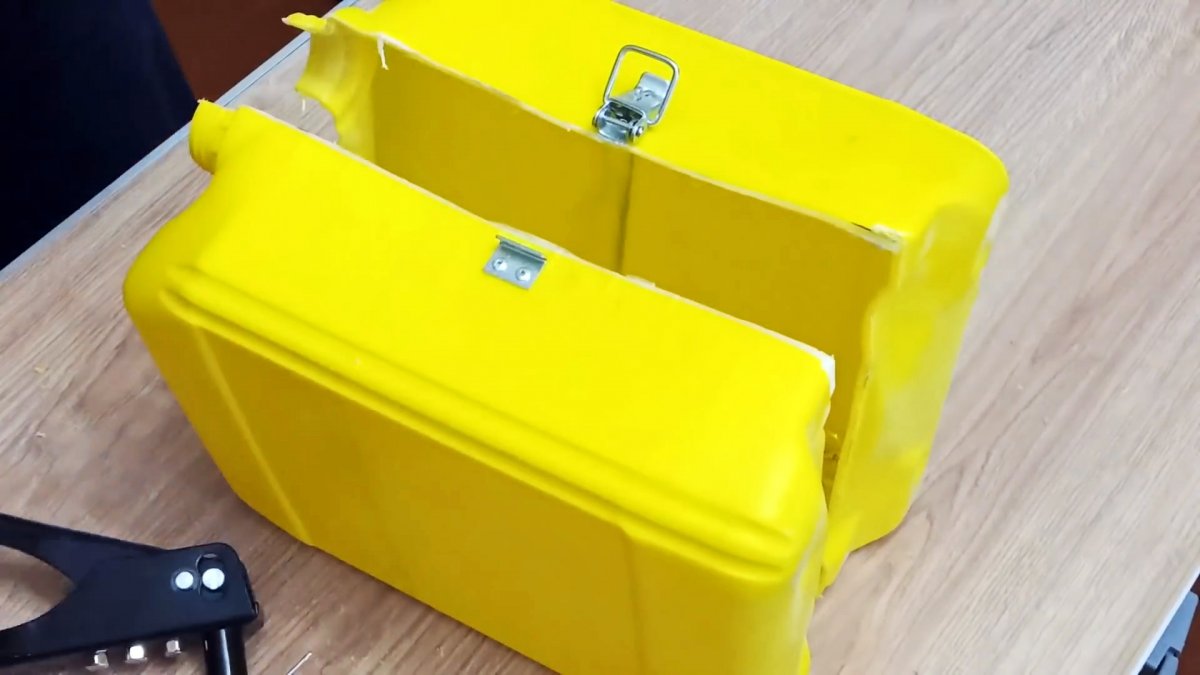 Next, you must equip the resulting case for securing a tool, so they don’t lay loose. For this you need to attach it to the wall clips and rings from plastic pipes. They are placed so as to be possible to insert them in the existing tool. 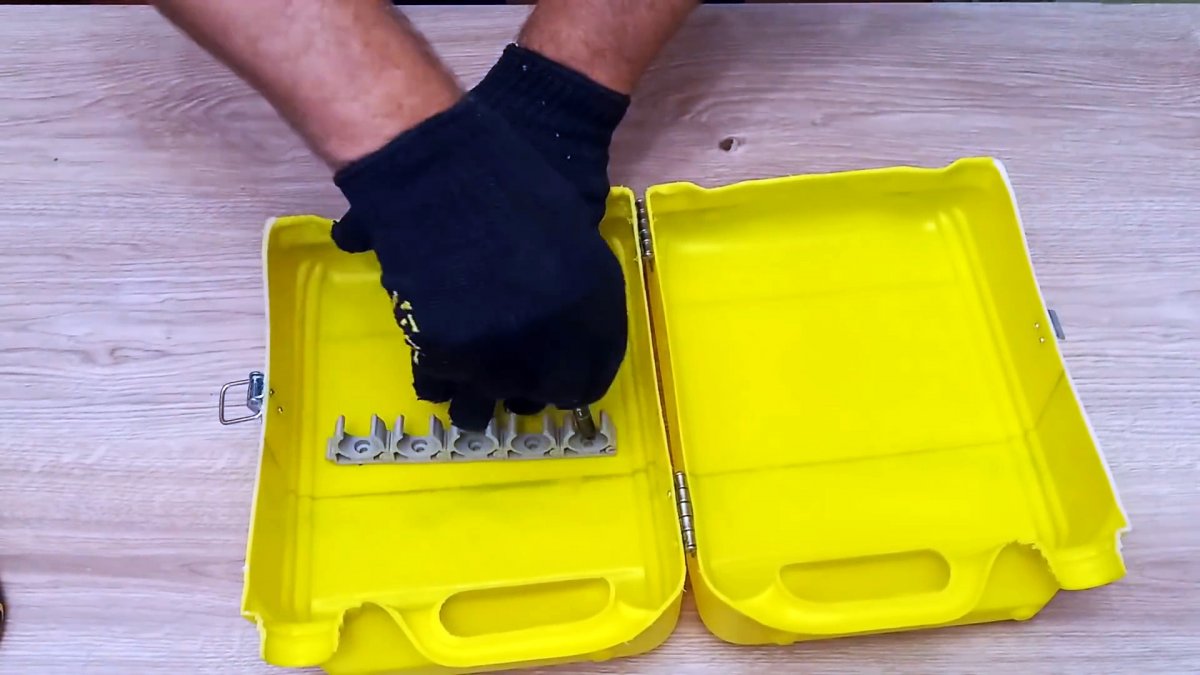 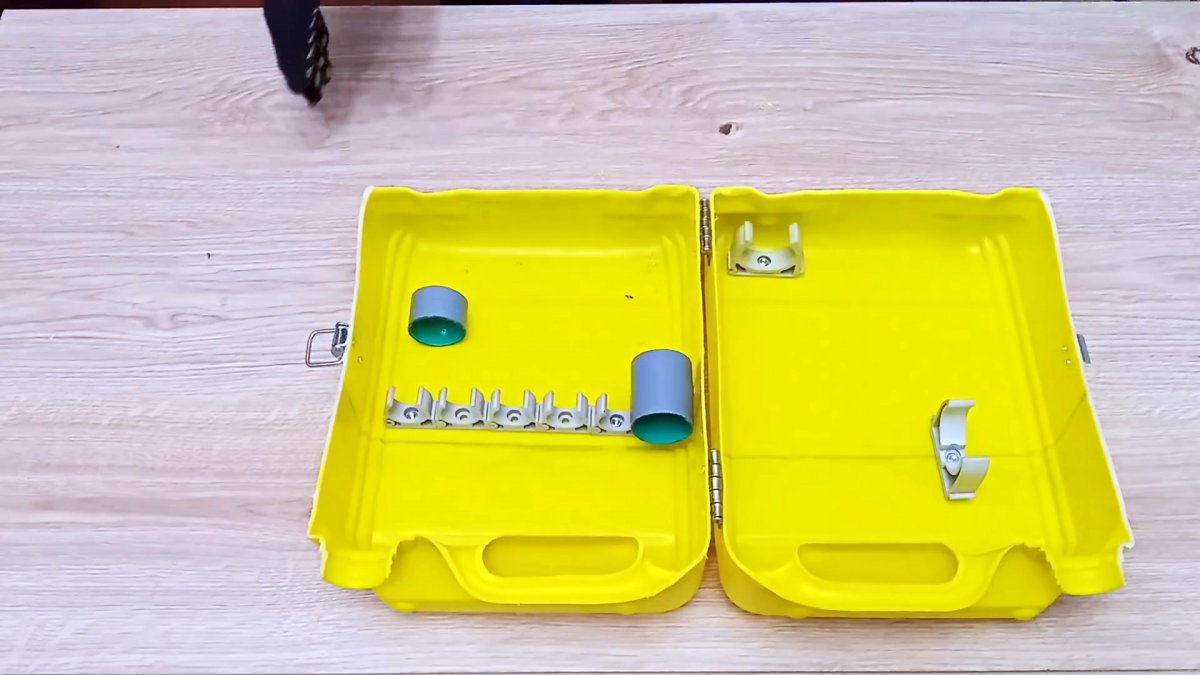 For example, the width of the brackets for plastic pipes, it is sufficient for clamping the handles of screwdrivers, hammers, chisels, chisels, etc. Two brackets can be locked pliers, side cutters, scissors for metal. Using clamps of different diameters to be fixed in the instrument case virtually any size. Ring of plastic sewer pipes can be used to hold larger tools, for example, fixing of the cartridge of the screwdriver, the nose of the glue gun, the mounting of the knife. 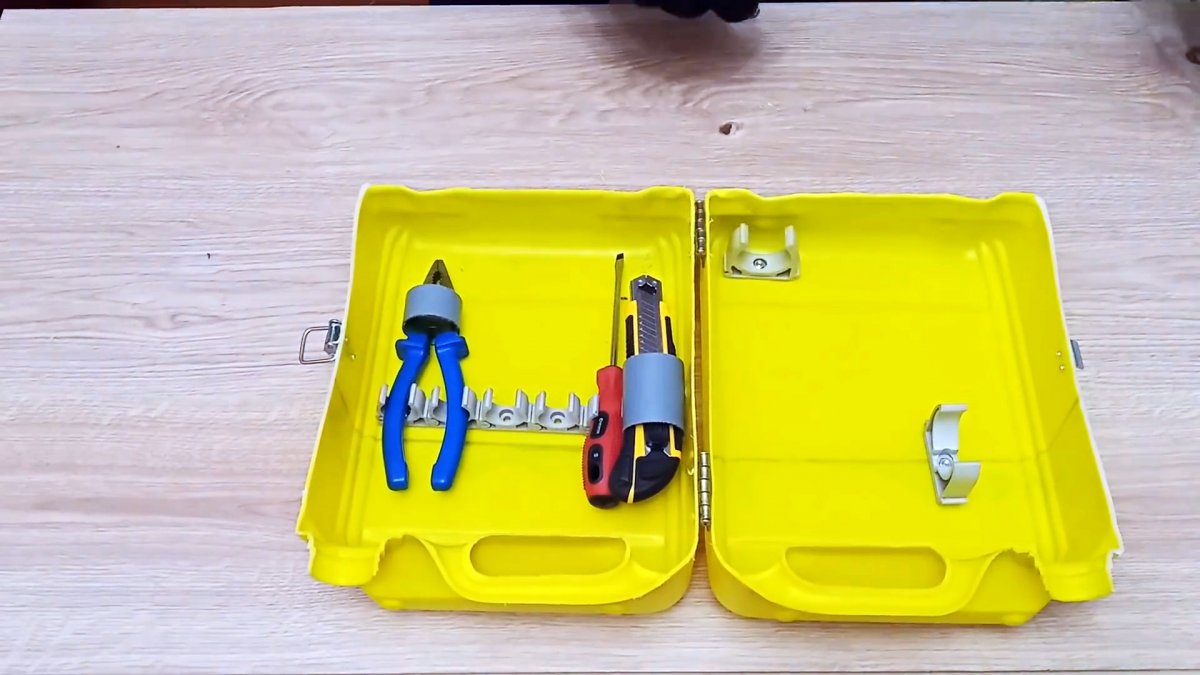 When closing the case in addition to scrapie-latch should be screwed onto the canister cap, which will eliminate accidental opening. 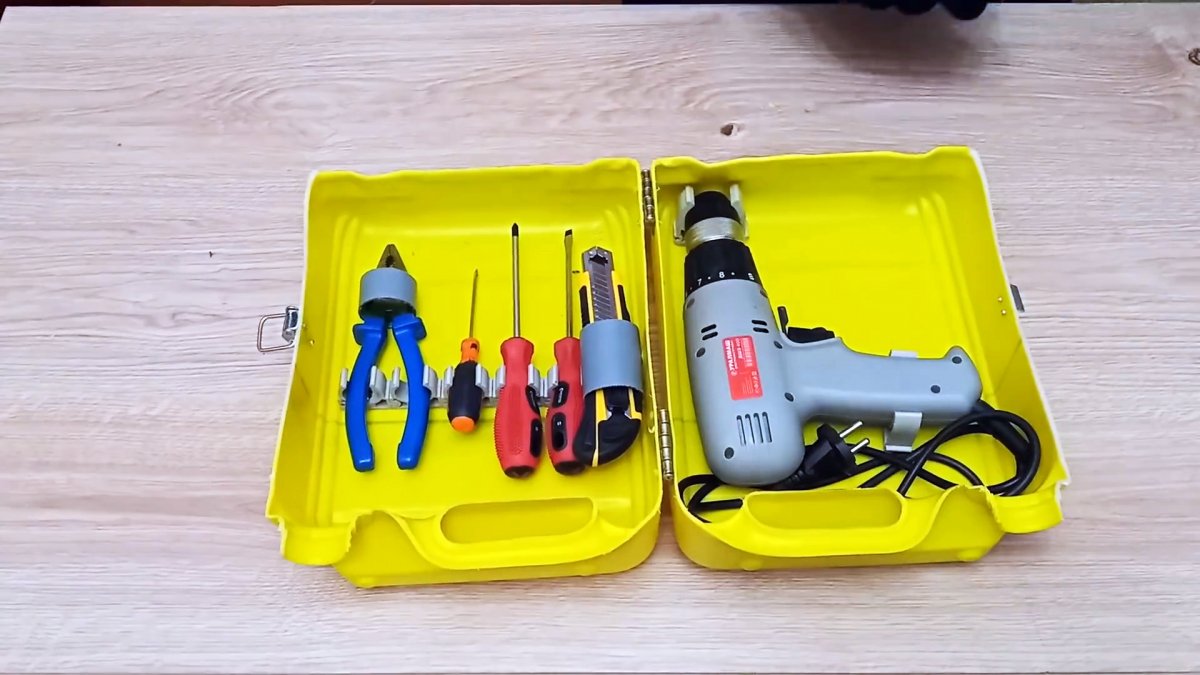 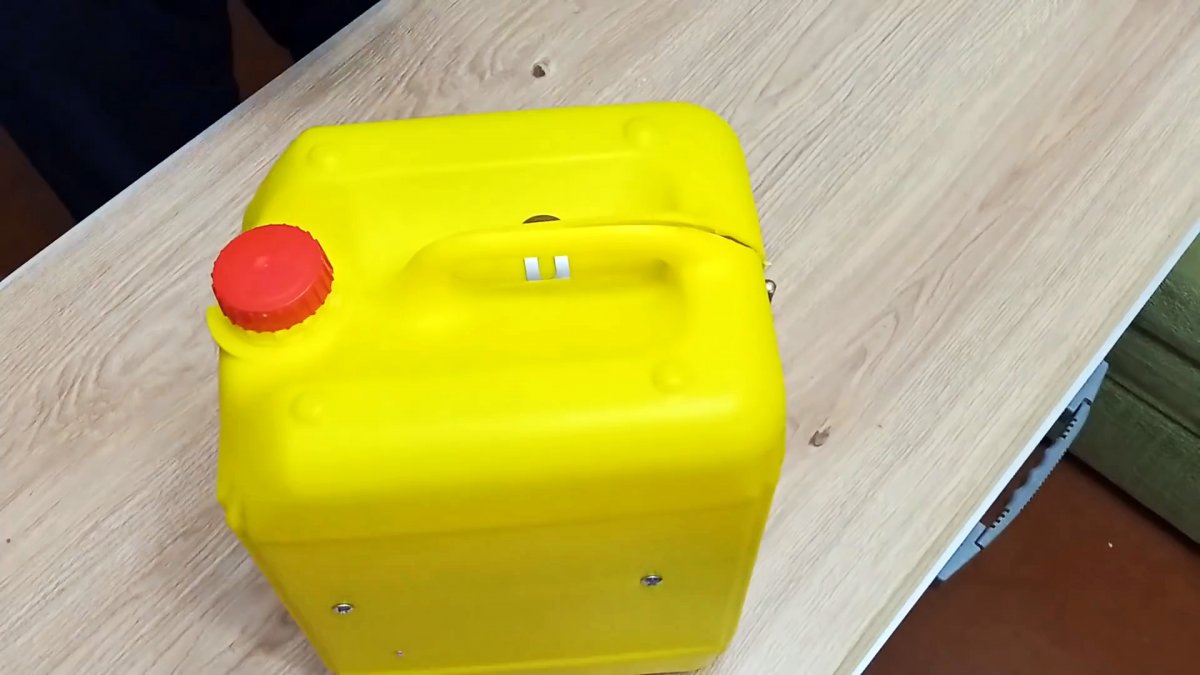