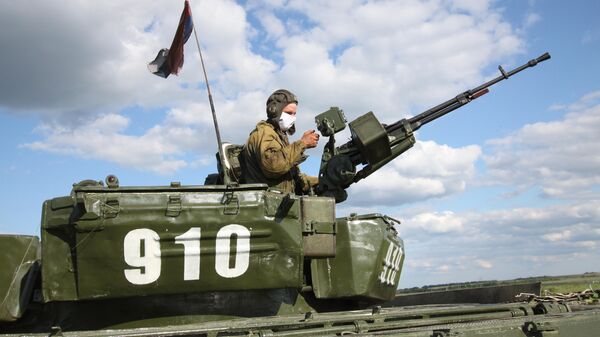 Ukrainian security forces three times broke the truce in the Donbass for the last day, said on Sunday to journalists in the representation of the self-proclaimed Donetsk people’s Republic in the Joint center for control and coordination of ceasefire (SCCC).

On Saturday, the DNR reported five ceasefire violations by the Ukrainian security forces.

“Over the past day total number of violations… totaled three times”, – said the representative of DND at the JCCC.

According to him, Ukrainian security forces conducted in the Republic of fire from mortars, APCS, grenade launchers and small arms. As a result of shelling in DPR-controlled Donetsk and Gorlovka damaged six houses.