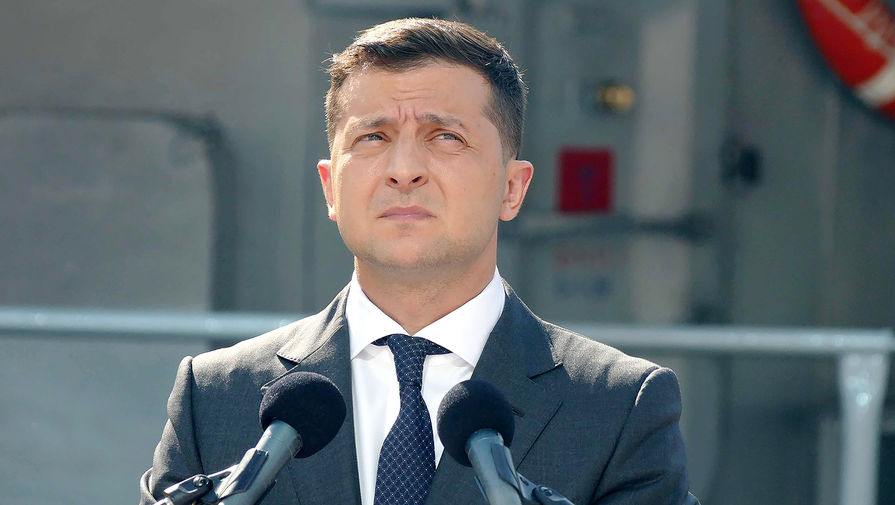 Ukrainian parliamentary party, “the Opposition platform For life” in an open letter urged the head of state Vladimir Zelensky to apologize to all the people of the country and to resign. As pointed out in the party, Zelenski and his team are not fulfilled the main requirement of the Ukrainian people – to establish peace in the Donbass. Opsi accused the head of the state in the contractual engagements and the continuation of the policy of the previous Ukrainian leader Petro Poroshenko.

The President of Ukraine Vladimir Zelensky needs to apologize to all the people of the country and to retire with the statement addressed to the head of the state party “Opposition platform For life”. An open letter published the information-analytical portal NewsOne.

As pointed out in the party, Zelenski and his team are not fulfilled the main requirement of the Ukrainian people – to establish peace in the Donbass. Opsi accused the head of the state in the contractual engagements and the continuation of the policy of the previous Ukrainian leader Petro Poroshenko.

The politician reminded that the main electoral slogan Zelensky was: “the World in a year.”

“Now negotiators from Ukraine destroy the Minsk agreement. The first Deputy head of the Ukrainian delegation to the TAG Alexey Reznikov said that the reintegration of Donbass in Ukraine is 25 years and urged the Ukrainian people to live with it”, — stated in the message.

Ukraine has actually started the preparation for the autumn local elections. In addition, Ukrainian journalists and politicians discussing the possibility of a rematch of Petro Poroshenko.

The start of the election campaign of the party of ex-President of “European solidarity” and at the same time an occasion to talk about his attempt to regain power was the appointment of a known anti-Russian statements of former Secretary of the national security Council and defense of Ukraine Oleksandr Turchynov to the post of head of a staff Poroshenko.

30 June published the results of a survey conducted by the sociological service of the Razumkov Center. The study showed that President Vladimir Zelensky is trusted by 41% of respondents, and not trusted by 51 percent.

While the team of the President of Ukraine, if worried about the prospects of Poroshenko’s participation in the local elections and its potential plans for a coup, then he gave no sign. Speaker of the Verkhovna Rada of Ukraine Dmitry Razumkov in an interview “Стране.Ua” he said that he sees no preconditions for such a scenario.

Earlier this month, Ukrainian MP Vadym Rabinovich criticized their colleagues from party “the Servant of the people” and accused them of betrayal. The policy speech in Parliament was broadcast channel “112 Ukraine”.

“Last week showed that you are no longer “servants”, you have “the Lord.” One of the leaders of your party, the head of the profile Committee [Galina Tretyakov] said that people who do not earn much, need to be sterilized.

If she stays in this room and will remain head of the Committee in the Ukrainian Parliament, it is not just a disgrace to the Verkhovna Rada, it will prove that you like her and share her views,” he said.

Thus Rabinovich responded to the words of the MP from the faction “servant of the people,” Galina Tretyakova that in poor families children are born “low quality”.

In addition, Ukraine could face bankruptcy after the head of the national Bank of Ukraine (NBU) Yakov Smoliy resigned, according to the German business newspaper Handelsblatt.

Resin has held his post since March, 2018. July 1, he wrote a letter of resignation and handed it to Zelensky. His decision, he explained, “systematic political pressure” on the Bank. On Friday, July 3, the Verkhovna Rada on the proposal Zelensky took the statement.

The newspaper notes that he resigned “in the period of the continuing emission of state bonds, the total amount of which is $1.75 billion”.

“Now Ukraine as a state once again faces bankruptcy. The fact that Kyiv needs urgently to ensure debt repayment to foreign creditors in several billion”, — writes the German journalists.

As for the Donbass, the Kiev constantly making statements that the negotiations on the conflict settlement progress, although in reality no progress in this case yet – said the Deputy head of the Russian presidential administration Dmitry Kozak.

According to him, the statements of the Ukrainian authorities that in August it is possible to hold a new summit of leaders “channel four” — Germany, Russia, Ukraine and France — are completely untrue, reports TASS.

“More and more I suspect that the laws of Ukrainian political genre — to demonstrate success, wishful thinking,” said the Russian delegate.

He explained that the next summit would be held only after all conditions of the December meeting, and while none of the items taken then fails.

“Many hours of fruitless negotiations often resemble theater of the absurd.

However, since in accordance with the Minsk agreements, Russia — one of the participants of the contact group, we and in these circumstances will do everything to peacefully bring an end to the conflict near our borders,” — said the representative of the Kremlin.