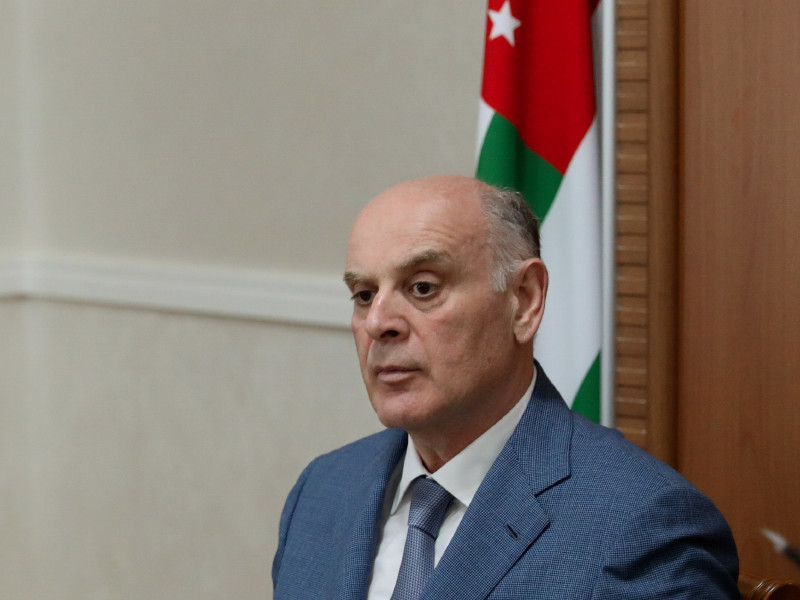 Elected in March, the President of breakaway Abkhazia Aslan Bzhania said he was ready to establish relations with Georgia in all spheres. But with the condition that Georgia “never attack Abkhazia.”

“We urge the Georgian leadership to recognize the Abkhaz state, but a Treaty on the nonuse of force will provide an opportunity for dialogue – humanitarian, economic and any other,” – said the Abkhazian Chapter 3 July during a press conference organized by the online Agency “Interfax”. At that moment, he answered the question in the context of joint exercises between Georgia and NATO in the Black sea.

Bzhania stressed that Abkhazia is interested in normal relations with Georgia, but the problem is not in Abkhazia. “We recognize the Georgian state, its law. Another thing is that we do not recognize. I don’t know what such a policy might lead to. Think it not constructive”, – said the head of the Republic.

The statement of the President of the breakaway Republic made by a decline in Russia’s financial assistance to Abkhazia after the election, Bzhania: the Kremlin supported his rival retired President Raul Khajimba. At that the Abkhazian budget is 60-70% dependent on subsidies from Russia.

One of the recent steps towards rapprochement – the abolition of Georgia exams for applicants from the self-proclaimed republics of Abkhazia and South Ossetia. The initiative of the authorities is regarded as a possible integration into Georgian society of the inhabitants of the separatist regions of the country.

However, some experts believe the statement of the President of Abkhazia “ritual gesture”. According to them, in the current circumstances is unlikely we talking about the actual signing of the document on the nonuse of force.

“Without fundamental concessions from both parties to the contract it seems to me impossible. I doubt that any Georgian politician now agree to the formal recognition of Abkhazia, because we know the rhetoric about Georgia’s occupied Abkhazia and so on. And knowing the Abkhaz agenda, I believe that the Abkhaz authorities, too, not even theoretically willing to take a chance on some concessions,” said the coordinator of the partnership, “the Abkhazian project” (the company is engaged in the support of Russian business in Abkhazia) Cyril Bazilevsky.

Recall that the vast majority of countries do not recognize the sovereignty of Abkhazia and South Ossetia, which declared its independence unilaterally after the military conflict of 2008. To maintain a direct dialogue between Abkhazia and South Ossetia with Georgia was launched on the Geneva discussions on Transcaucasia. The discussion is conducted in the format of two working groups – on security and humanitarian issues. The representatives of the republics insist on the necessity of signing with Georgia legally binding agreements on the nonuse of force.