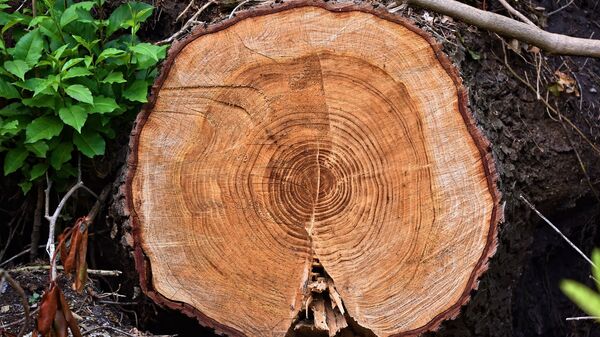 The study of annual rings in tree cross-section for the last 600 years showed that extreme climate change began in the middle of the last century. The results were published in the journal Proceedings of the National Academy of Sciences.

Annual rings of trees is a natural document that tells about the climate in a particular period. Working on the creation of the South American drought Atlas (SADA), the scientists analyzed how over the past six centuries, changed the moisture content of the soil in which the trees grow.

It turned out that before the 1930s, years of drought in South America recur at regular intervals, then the intervals between dry periods has increased, and since the 1960s large-scale droughts were regularly celebrated once a decade. The climate began to change in the direction of warming.

The new edition SADA-lit and climate change in Argentina, Chile, Uruguay, Paraguay, much of Bolivia, southern Brazil and Peru using data collected on the sections 286 of the trees. The obtained data is supported by historical archival records.

According to first author of the article, a paleoclimatologist Mariano Morales (Mariano Morales) from the National research Council for science and technology of Argentina, the prolonged drought in recent decades has led to the difficult situation in agriculture in these and neighboring countries, and today the situation develops in such a way that a state food system under threat of collapse.

The authors note that extreme climate change time associated with the intensification of human activities in the region, although it is impossible to write off all only on the anthropogenic factor.

“Only one of our Atlas does not provide evidence on how the observed changes associated with natural climate variability or warming caused by human activity,” says Morales.

“We don’t want everything indiscriminately climate change attributed to man. There are a lot of natural variability that can mimic the human impact” — it supports another study author paleoclimatologist Edward cook (Edward Cook) from Columbia University.

Interestingly, the overall picture across the continent is uneven: while in some parts of Argentina and Chile there were one of the most severe droughts in history, in the South-Eastern part of South America was anomalously wet conditions.

And it’s more like the fact that the leading role still belonged to natural reasons, among which researchers have identified three main: cyclic shifts of sea surface temperatures over the Pacific and the Atlantic; changes in the belt of westerlies around Antarctica, called the southern annular fashion; and the phenomenon of Hadley cells in atmospheric circulation which transports warm and moist air from the equator to the poles, reducing the latitudinal temperature gradient.

All these phenomena are amplified on the background of global warming associated with anthropogenic greenhouse gas emissions.

“This is consistent with the idea that both wet and dry anomalies increase with global warming,” says climate scientist Jason Smerdon (Jason Smerdon) of Columbia University, who also participated in the study.

The researchers hope that their results will help to better understand the relationship between natural and anthropogenic factors and predict long-term climate change.