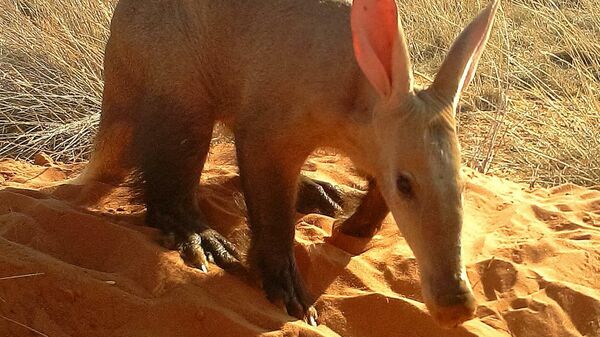 South African scientists have discovered that aardvarks are usually active only at night, began to leave in search of food during the day. The researchers suggest that this is due to climate change and lack of food. Violation of circadian rhythm, according to biologists, may have a negative impact on the survival of these rare mammals and lead to the disruption of the ecosystem as a whole. The study is published in the journal Frontiers in Physiology.

The African aardvark is the only modern representative of the relic squad trubkozuby. Animals remained only in Africa South of the Sahara. They lead a solitary lifestyle, living in burrows, feed on ants and termites.

Early to see the aardvark was almost impossible, as they went out to hunt only at night. Now the observation of the aardvarks in the drylands of southern Africa has become a common pastime of tourists.

Biologists from the laboratory of physiology of wildlife conservation the University of Witwatersrand in South Africa, together with colleagues from the University of Cape town and University of Pretoria for three years studied the lifestyle and activity of aardvarks in the reserve Tswalu in the Kalahari desert, and also measured the body temperature of animals. The results showed that the transition from night activity to daylight is associated with warming.

After studying satellite images, scientists have found that the increasing drought and degradation of vegetation, which feed on ants and termites, the aardvark had to run all the long distance in search of food. Night they now are not enough, and hungry animals continue to hunt and after sunrise.

“We suspected that the cause was drought — presented in a press release from the University of Witwatersrand, the head of research Robin Ketema (Robyn Hetem), but we needed a long-term, comprehensive data set, confirming that this unusual behavior is related to drought”.

Very poor vegetation of the Kalahari desert in recent years has almost completely disappeared, which disrupted the food chain.

Another reason for the decrease in the population of animals was the deterioration of living conditions. They used to save energy, sleeping off a day in the heat, and the night was cool, went out to hunt. Now they have to run around the desert under the scorching sun.

“In the past aardvarks cope with the harsh conditions of the Kalahari, but it is becoming hotter and drier. Climate change may become too hard for these animals,” continues Weir.

“Since the Kalahari is a unique and extremely vulnerable ecosystem, we must understand whether its inhabitants to cope with changing conditions” — supports this idea by another author Professor Andrea fuller (Andrea Fuller), the head of the project “Endangered ecosystems of the Kalahari” (KEEP).

Scientists say that the disappearance of the aardvarks will be devastating to the ecosystem as a whole. Many other animals depend on them. Some who do not have such strong claws, use their burrows for shelter, others that have no such powerful narrow snout, are not able to dig up lasting termite mounds to get to the nutritious insects. Not coincidentally aardvarks are called “ecosystem engineers”.