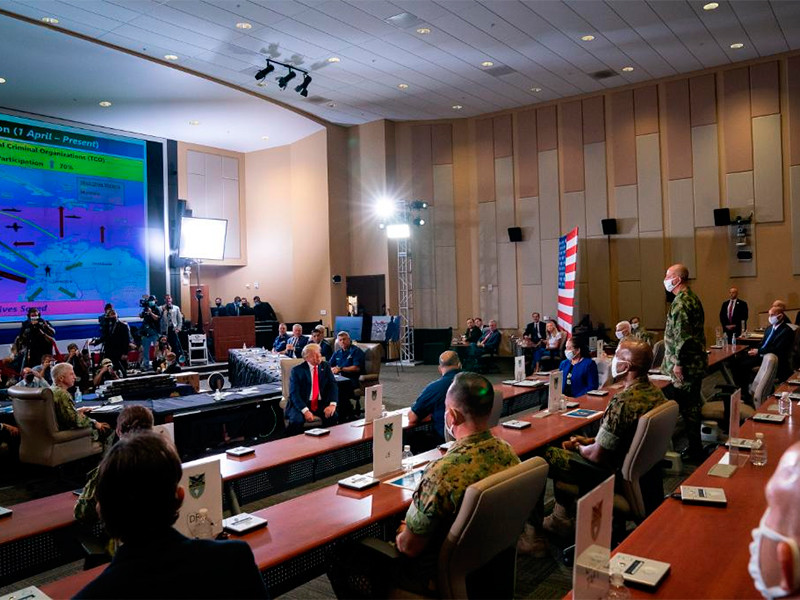 The United States is developing a hypersonic missile that will develop in 17 times more speed than the currently existing counterparts, said the US President Donald trump, being the headquarters of the southern command of the US forces in Florida.

“On the stage of development we have a lot of interesting. We have a rocket, which is 17 times faster than any other fast rocket… It flies so fast that its extremely hard to notice. We have things that even no one could not”, – said the President.

He recalled that the United States recently spent $2.5 trillion on its Armed forces, reports TASS. “We have the best military equipment, which someone had in the world,” said trump.

That the United States already have “super-fast” missiles that can reach the goal much faster than “normal”, trump declared at the beginning of this year, without specifying, however, details.

“We have super-fast missiles and a lot of them. We call them fast. They are in 4, 5, 6 even 7 times faster than conventional missiles,” – said in February the US President, speaking in Washington before the governors of the States. He explained that these missiles needed USA “because Russia has something like that.”

And in may of this year, trump shared with the citizens on secret plans to develop “super-duper-missiles,” which will be “the fastest in the world”, again giving no details. “We are now creating an incredible military equipment to unprecedented levels. We have no choice, we have to do it, given those opponents that we have. I call it super-duper-rocket. It is 17 times faster than those that exist today”, – said in may, the President of the United States.

In Moscow has commented on the words of trump, noting that never ceases to amaze us development in the military sphere. As he wrote in his Facebook official representative of the foreign Ministry Maria Zakharova, “speed is cool. Still hit the target, and then we remember what happened to “the new and smart missiles” in 2018″.

Two years ago, the United States, Britain and France attacked Syria. According to the Russian General staff, 105 of missiles fired goals reached only 22. It was reported that the highest damage an expensive and so-called smart missiles struck farm buildings. Two of them did not explode and were at the disposal of the Russian military.