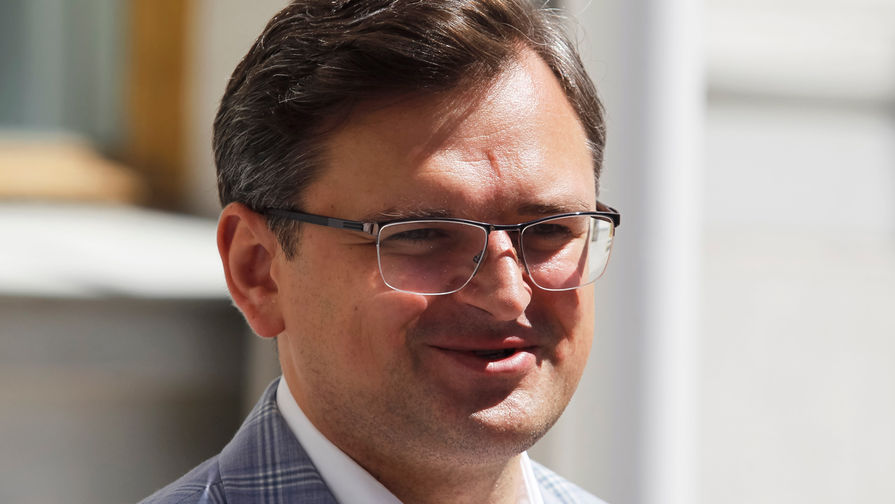 Kiev is not going to carry out political reforms, as required by the agreement in Minsk, without a ceasefire in the Donbass, said the head of the foreign Ministry of Ukraine Dmitry Kuleba. According to him, the giving of the special status of DND and LNR in the Ukrainian Constitution “unacceptable”. In addition, the Minister urged Russia to “take a constructive position.”

The Minister of foreign Affairs of Ukraine Dmytro Kuleba called “unacceptable” the inclusion in the Ukrainian Constitution points on the special status “of certain regions of Donetsk and Lugansk regions”. According to the head of the Ukrainian foreign Ministry, Kiev does not intend “to meet the wishes of other countries,” writes “Strenia”.

“When Russia is not satisfied with the provisions of any law of Ukraine the bill of Ukraine, it is Russia’s problem, not Ukraine. We are an independent country and will make the laws that we think is necessary,” — said Kuleba.

According to him, the implementation of the Minsk agreements must start with a ceasefire, but Russia should take on the issue of Donbass “constructive position.”

“Point. To start to demand some political reforms and transformations in Ukraine, before performing all other points, is literally shifting the responsibility from a sick head on healthy” — said the head of the Ukrainian foreign Ministry.

At the same time, it should be noted that political reforms in the provision of special status to the Donbas are not only a requirement of Russia, but also other participants in the “Normandy format” of France and Germany. In 2019, Kiev signed the so-called “formula Steinmeier” is a document prepared by German politicians. Now the question of holding elections in the region affected by the war, is regulated not only by the Minsk agreements, but “formula”.

The signing of the document on 1 October 2019, many media called a “sensation,” although it is not made of something fundamentally new, in fact, only by understanding the order of execution of individual items of the Minsk agreements.

The document, which is the Ukrainian signature, implies that the uncontrolled territories of Kiev DNR and LC comes into force the law “On special order of local self-government”, and there should be elections in accordance with Ukrainian legislation. The election results should be recognized by the OSCE.

The signing of the “formula Steinmeier” has caused discontent among the nationalist part of the Ukrainian society that was worth the ratings to the President of Ukraine Vladimir Zelensky. Probably for this reason, the implementation of the document had stalled.

A couple of days ago the Deputy head of the Ukrainian delegation in the trilateral contact group and Deputy Prime Minister for reintegration of the temporarily occupied territories Alexey Reznikov said that at safe reintegration of Donbass in Ukraine “will take 25 years.”

“Not all of it at once, and why I say that Ukraine should be prepared for the fact that safe reintegration is a long time. It safe is my red line. Even if tomorrow we will hold elections in the territories, this area will long remain a war zone”, — he told in interview to the Ukrainian edition “Commander”, which was published on Saturday, July 11.

Reznikov said that the Donbass is a “territory of war” as “from the point of view of mining, and the mentality of the people.” “There were born children who do not know what a free Ukraine, and today you’re going to school. Therefore, it is a long time in any case and we need to prepare for it”, — he added.

Ukrainian politician also said that the residents of the breakaway Donetsk and Lugansk national republics (DND and LNR) are “quite conscious guys” that are against Ukraine as “I want to live in the Soviet Union.”

In early June, the former head of the Ministry of justice of Ukraine in Mykola Azarov’s government Olena Lukash said that to return the Donbass not possible.

“Limited to all rights and freedoms. Residents of the region believe nedolyudmi and so on — nowhere to go,” said the former Minister. According to Lucas, the current Ukrainian leadership is not trying to do anything, “at least to stop the fighting”.

Citing OSCE reports, Lucas said “torture, looting and violence”, which repaired the Ukrainian soldiers on the territory of the LDNR.

Finally, the former official said that the team of President Vladimir Zelensky “continues to mimic some of the games in the peace process.” So she commented on the words of the head of the office of the President of Ukraine Andriy Yermak, which had previously said that the slowness of the Minsk peace process “does not suit Kiev.”

At the end of November last year, ahead of the summit, “Norman four” in Paris, the press Secretary of the President of Russia Dmitry Peskov said that the law granting the Donbas special status is a cornerstone for the whole Ukraine.

“It’s such a cornerstone of the law, and most importantly, it will agree with the DNI and LC, and still Kiev eliminate direct contact. How will they reconcile, and in what format?” — asked the representative of the Kremlin.

The summit “channel four” took place in Paris in early December, the negotiations were attended by the presidents of Russia and Ukraine, as well as the leader of France Emmanuel macron and German Chancellor Angela Merkel. The meeting in the French capital was preceded by the implementation of Kiev a number of conditions. The Ukrainian party adopted the “formula Steinmeier”, which provides for the holding of elections in the breakaway DND and LNR, as well as providing them with special status. In addition, Kiev has approved the breeding of the forces in the two villages on the demarcation line and took part in drafting the outcome document, “Norman summit”. However, then Ukraine has not taken any action.