Straight talk-discussion of the Minister of science and higher education of the Russian Federation Valery Falkova with members of the Russian Academy of Sciences: academicians, corresponding members and professors – took place on Tuesday, July 14, in an online format. Not all are willing to ask questions to the head of the Ministry of education could do this. The Minister’s time was limited. Of those who raised the academics, it was possible to understand that currently most concerned about the fate of the Russian Foundation for basic research (RFBR), the election of the Directors of the institutes, the question of effectiveness of scientific organizations and the criteria for their evaluation. 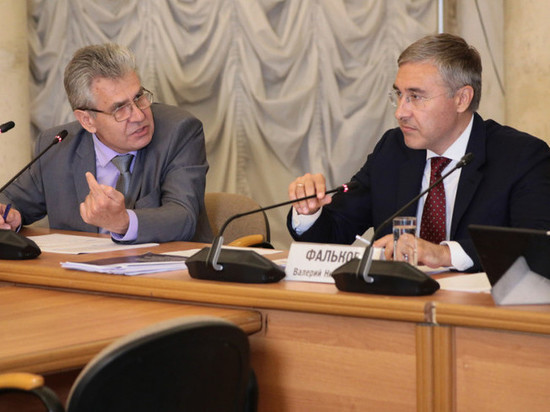 The fate of the Russian Foundation for basic research under discussion since the beginning of this year, when in the bowels of the Ministry of science and higher education of the Russian Federation (under the previous Minister Mikhail Kotyukova) the idea was born to reform the Fund: the assets to pass to the Russian science Foundation (RNF), and that will remain to merge two institutes — the Institute of scientific information on social Sciences (INION) and the all-Russian Institute for scientific and technical information RAS (VINITI). Scientists do not understand what offended the Russian Foundation for basic research, which Russian researchers have considered the most democratic on the allocation of money for science?

Too long for an answer did not arrive. And now, a few months later, in an online discussion on the issue of ex-Fund Manager Vladimir Fortov about the fate of the organization Falkov voiced, finally, one complaint: it turns out when all the strong sides of the Russian Foundation for basic research, including international cooperation, the number of issued grants, leadership “it would be necessary to strengthen the examination.”

– We are not talking about closure or takeover or absorption of some other structure. Our position is to identify priorities, strengths and weaknesses, the Minister said.

Anything more specific on a very painful to the scientific community the issue has not been told. Valery Nikolaevich with his first performances proved himself a master of finesse difficult questions, without giving almost no specifics.

Since the beginning of the reform of the RAS in the former academic institutions is a sluggish struggle for power. The Ministry will appoint a suitable candidate, the scientific community generally opposes “effective management.” However, in Ufa, Federal research centre, RAS, something incredible occurs: there is prescribed for the fifth acting Director – none of the previous are never stuck in this place. The situation is similar, by the way, is observed in the Metropolitan Institute of scientific information on social Sciences (INION).

Falkov assured that now the situation in Ufa is normalized, the new acting — comes from the Bashkir state University Vadim Zakharov, seems to be satisfied with the main “actors” of the process: the Ministry, the Academy of Sciences and of the Federation.

If the Ufa relationship management with the team of Valeriy Falkov, he said, handled the situation with the Scientific center of unique instrument engineering in Moscow are still in urgent need of resolution. “MK” wrote in his time about конфликтеhttps://www.mk.ru/science/2020/02/16/akademik-pustovoyt-unikalnoe-priborostroenie-rossiyskoy-nauki-okazalos-pod-ugrozoy.html that arose between the new Director delivered in 2016 by the Ministry, Marat Bulatov, former academician Vladislav Pustovoit, who held to the last position of the supervisor. According to the academician, laureate of state prize of five, the new head completely destroys the science center, once famous on the whole world, promoting dubious projects. 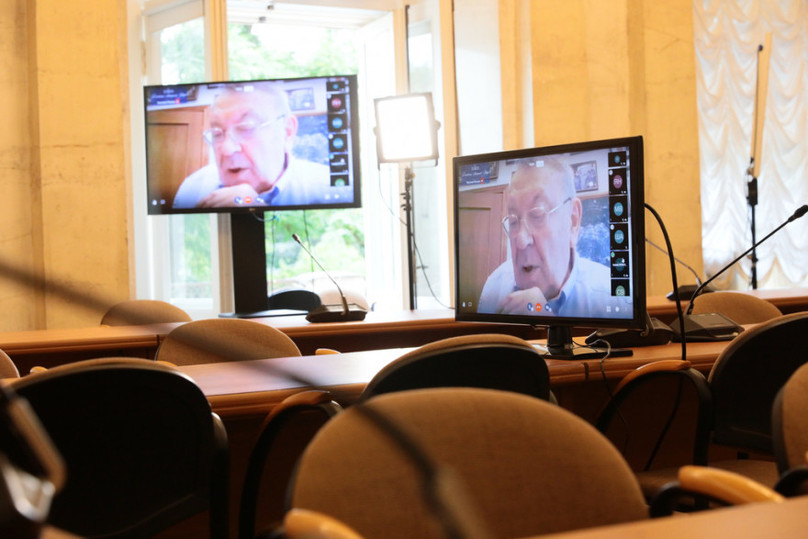 – You need to check for the facts that were set forth by Pustovoit, – requested to Pulkovo head of Department of nanotechnologies and information technologies Gennady Krasnikov. Director attacks and dismisses Pustovoit, and check no.” As long as the check is not passed, he asked me to stop all the personnel changes in the centre, otherwise the already ailing in recent years, health Vladislav Ivanovich, which this year experienced a second heart attack, causing the entire scientific community of serious concern.

– The situation is ugly, ‘ returned Falkov. The conflict went far beyond the scientific organizations (recall that the activities of the new Director Bulatov in the state Duma Committee on defense, and described the situation of the journalist “MK” the Director even filed in court — approx. ed.).

The delay with the check of financial and economic and scientific activities of the new head Falkov explained by a coronavirus for which any such actions are prohibited.

– I now propose to form a Commission before the end of the week, to investigate on the spot the causes of the conflict, he said. – Most importantly, to provide work and try to regain the trust of the team so that employees are not distracted from your core business.

Academician Valery Kozlov stressed the role of Russian mathematicians who “look good, including at the international level,” cook in the 22nd year in St. Petersburg the next international Congress. But here’s the problem: our leading mathematical journals are not sufficiently available in the Russian language for students and young scientists.

We propose to consider a centralized subscription of higher educational institutions of the country. And then the English version more accessible than our Russian source options, – said the academician.

One of the reasons for lack of access to the Russian versions Falkov called the lack of us your aggregator of Russian-language journals like Springer, and because of this raises the question in the frame of the national project “Science.” In General, promised that the problem without attention does not remain.

The following problem is important associated with financing raised academician Andrey Smirnov from the Department of social Sciences.

He recalled that the attempt of officials to limit the work of institutions article publications that were fundamentally wrong, but because his question to the Minister was:

– How you consider, whether to return to the practice of basic funding of institutions in the fullness of their activities?

According to Smirnov, the institutions operate, is not always reflected in the publications, is and business trips, and conferences, and funds for this.

Smirnova was supported by the President of RAS Alexander Sergeev, noting that the base funding, it is important for all institutions, including natural science.

– In order to obtain good results, institutions must be in working condition installation it is necessary to maintain, supplies to purchase. Should be basic funding on the basis of which the Institute functions, and have all received grants and funding gozzadini need to add to it. This question is from 2013 highly of all concerned.

Question for Falkova was not easy – see, as it is internally going to answer so as not to offend anyone, but on the question of core funding nothing concrete has been promised:

– Despite the simplicity of the question, it really it quite complex. There can be no universal solution… single command to return everything and reverse the impossible…

And almost all like that. Though it is strange, why can not something? Will not work with a single command, let’s try two.

“If the ship doesn’t know which Harbor to sail, any wind he will be fair,” walked with the expressions of Seneca academician Yury Shanty from the branch of agricultural Sciences. He hinted again about the scientometrics, which until recently emphasized by the Ministry.

– In 2013, we “went” down on the specific contribution to the national economy, but increased publication activity, including in foreign journals for publication where they still spend their money. The Ministry of agriculture won’t accidentally puts a question to the best of our institutions to take, says Shack. He complained about the fate of the institutions that did not reach the first and second categories. – In Voronezh, Gelendzhik, Krasnodar, there are different enterprises, many of them work in more severe conditions, but for us important for all categories of institutions.

Falkov agreed. That cannot be neglected such institutions: “I now form their opinions about the categories.”