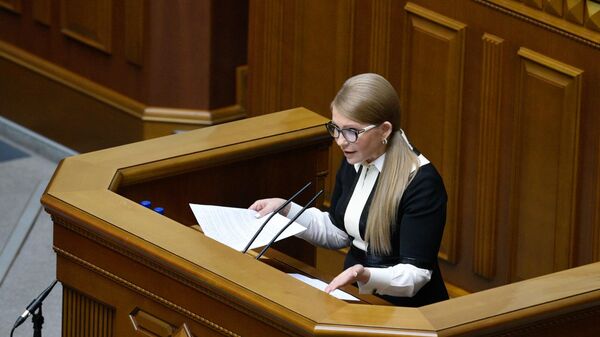 The leader of the opposition party “Fatherland” Yulia Tymoshenko stated that Ukrainian President Vladimir Zelensky “reports” the country under the control of “international financial speculators”. Appropriate post she posted in her Facebook.

“During the last before the summer break of the plenary week, it is customary to summarize the results of work of the Verkhovna Rada for a year. Let’s be honest – today, the sad outcome”, – the politician wrote.

According to her, the presidential majority in Parliament (the party of the “servant of the people”. – approx. ed.) became “obedient” tool, which Zelensky “reports” Ukraine is under the control of “international financial speculators”.

“The lobbying corruption laws in favor of foreign speculators became the basis for the work of “public servants”. The legislative process is organized against the interests of people”, – said Tymoshenko.

Earlier, the former Minister of justice Elena Lukash accused Zelensky that he introduced of voter confusion: elections promised a policy of “new faces” in power, but among officials is still possible to find people associated with the previous President Petro Poroshenko.