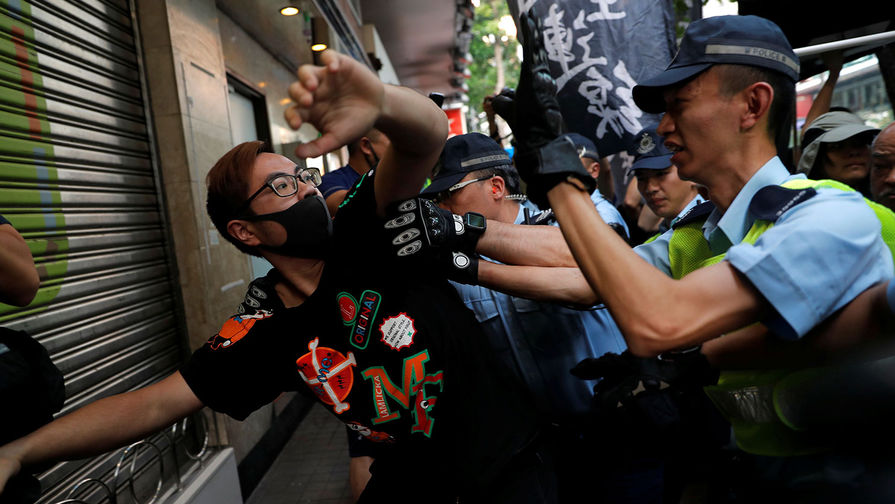 China intends to impose retaliatory sanctions against the United States because of the decree of the President of the trump. Previously, he has decided to impose sanctions against China for interfering in the Affairs of Hong Kong. The representative of the Chinese foreign Ministry Hua Chunying said that this step is a “gross interference in the internal Affairs of China” and called immediately to cancel the decision of the American President.

China intends to impose sanctions against the United States because of the decree of the American President Donald trump about increasing pressure on Beijing because of the situation in Hong Kong. As reports Reuters with reference to the official representative of the Chinese foreign Ministry Hua Chunying,

Chinese authorities believe entered trump sanctions “gross interference” in the Affairs of Hong Kong and the internal Affairs of China.

“We urge the us side to immediately cancel the decision and to cease to make any statements and do things that harm China’s interests,” said Hua. According to her, China will react as events unfold.

Earlier, U.S. President Donald trump has signed a law introducing against China sanctions because of “the destruction of freedoms in Hong Kong”. According to the American leader, this is a “new powerful weapon” that will help to bring to justice the perpetrators of the Hong Kong crisis.

Sanctions are imposed against certain Chinese companies and officials involved in formulating and adopting the law on ensuring national security in Hong Kong. Trump also denied the Hong Kong special status — it is now the United States will be treated the same as mainland China. Canceled the privilege, particularly relevant to Hong Kong companies and the export of critical technologies. The President of the United States said that Hong Kong will not be able to compete with the free markets. “We just lost one competitor,” he said.

By perturbing the White house, the law on national security to Hong Kong entered into force on 30 June. Now the people of Hong Kong for the actions aimed at undermining the government, terrorism and conspiring with foreign powers, is punishable by up to life imprisonment. In addition, Hong Kong will be created by the authorities of the PRC.

“Now China is tightening control over Hong Kong, aiming to become one, the greatest world power, which in some ways comparable to the actions of Nazi Germany”, — said the head of the state Department.

He accused the Chinese Communist party in violation of the Treaty with great Britain on the status of Hong Kong. In his opinion, is “similar to the broken promises of the Third Reich, who spoke against the rest of Europe”.

At the end of last year, Pompeo said that Washington needs to confront the Communist party of China (CPC), seeking to dominate the world and threatens American national security.

However, the United States set to improve bilateral relations with China, he said.

“We would like to see a prosperous China, living in peace with its citizens and neighbors,” said Pompeo. Freedom-loving Chinese citizens, he added, are against the Communist party.

Subsequently in Twitter Pompeo wrote that China is set against US hostility, even though Washington, from his point of view, helped to “lift the country”. “We have to deal with the real China and not imaginary”, he said.

The Ministry of foreign Affairs of China said that “Pompeo — from the cohort of American politicians who worry about the prejudices, vile slandering China and the Communist party”. Agency spokesman Geng Shuang said in the briefing, so there are “some small American policy.”

Pompeo such statements are rejected and called “stupidity”. The Secretary said, “the responsibility for the protests lies with the people of Hong Kong”. “I think that among them are those who want the government to hear their voices,” explained us Secretary of state.