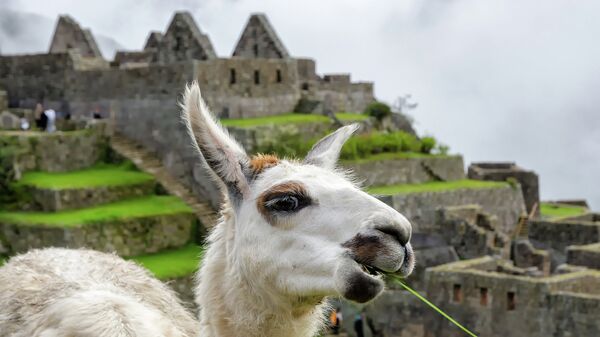 British scientists obtained from the blood of llamas two antibodies that neutralize the virus SARS-CoV-2 and blocking its interaction with the human receptor ACE2. The study is published in the journal Nature Structural & Molecular Biology.

Not yet completed the development of a vaccine against the new coronavirus, effective method of therapy COVID-19, according to scientists, can be passive immunization with antibodies and neutralizing viral agents. These antibodies can be transmitted to patients in the form of serum from humans previously infected with SARS-CoV-2, either in the form of a self-purified antibodies.

In order for the new coronavirus entered the human cell, its protein domain RBD of the spike needs to bind to a receptor angiotensin converting enzyme 2 (ACE2) on the surface of human cells.

Biologists from the University of Oxford under the direction of James Naismith (James Naismith) and Raymond Owens (Owens Raymond) found in the blood of Lam — mammals, of the family of camelids living in South America, two small stable antibodies nanoscale systems (nanotesla) blocking in cell culture interaction of SARS-CoV-2 with the human receptor ACE2.

The human antibodies, like most mammals, have two chains, heavy and light, but the representatives of the camelids have an additional option for nanoscale bodies with the heavy chain. Among them, the researchers found antibodies to the coronavirus.

Currently nanotesla considered by scientists as a research tool and potential therapy against SARS-CoV-2. They are stable, easily produced by, and often serve as alternative to conventional antibodies in the diagnosis and imaging of cellular processes.

British scientists have identified closely related nanotesla H11-H4, and H11-D4 is aimed at the area of the protein immediately adjacent to the area of binding of ACE2 and even slightly overlapping it.

The authors suggest that they found nanotesla can be used alone or in combination with other antibodies used in passive immunization of patients with severe COVID-19, and the production you can organize them pretty quickly.

However, scientists say, despite the fact that the antibodies of camelids combined with their human counterparts — the human body generates against them a small immune response, so before you pass on antibodies to Lam man, they need to adapt, that is, to have a little procedure of humanization.