The new coronavirus came into our lives a few months ago, and since then, scientists around the world are in constant search of means that could defeat him. One of the first scientific papers on the experience with the use of the sleep hormone melatonin in the prevention and treatment of novel coronavirus infection, which was conducted by Russian scientists caused a wide resonance in the world scientific community. In other words, our scientists have found a scientific basis for national approval “sleep cures”.

Junior researcher, Institute of biochemical physics RAS, post-graduate student of Moscow state University. Lomonosov Alexander Kudryavtsev in interview to an observer “MK” told why this hormone can be put on the shoulder SARS-CoV-2. 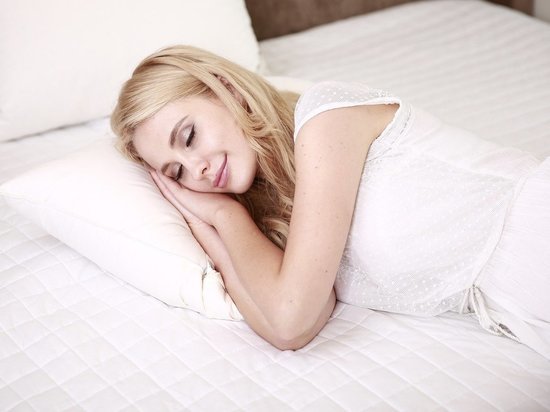 – Alexander, why melatonin has been the focus of your research?

Today, our scientific article “Melatonin Can Reduce the Severity of COVID-19 Pandemic?” in the journal International Reviews of Immunology on the use of melatonin in the treatment of COVID scattered around the world, for a month she got more than 50 thousand reads in scientific forums and it is actively referenced by other researchers. As for why melatonin has attracted our attention, we had few guidelines. First, we drew attention to the fact that the most severe complications of the disease occurs in elderly and began to think what is the difference between the body of the elderly person and the body young, which factors can influence the course of the disease in conjunction with age. That is, we identified various age-related changes that includes, in particular, the level of melatonin that decreases with age. Older it is ten times less than in children. We hypothesized that the low mortality in COVID-19 in children, among other things, tied to naturally high levels of melatonin they have, conversely, excessively low levels of melatonin in the elderly may be the exacerbating factor of the flow they have acute inflammation in the lungs.

On the other hand, the virus came from bats. They are known to be nocturnal animals. It was logical to assume that it is the influence of diurnal rhythms, nocturnal bats – and then again surfaced melatonin. Since bats live in the dark, their melatonin levels are much higher than other mammals, including man, because melatonin is produced in darkness, the longer the animal in the dark, the more melatonin.

And the third factor is inflammation. We started to consider it as a major factor in mortality from coronavirus infection in the first place. Killing it is not the virus itself, and the inflammation that it triggers. And inflammatory response in coronavirus infection is very specific, not like say, when a person is injured. This is due to the so-called piroplasm response of the cells to be infected when it starts the process of self-destruction Express. Is apoptosis (programmed cell death), there is necrosis and in the zero years, it opened another special kind of cell death in response to infection – piropos which occurs in response to inflammation. When infected by infectious agents, the cell may die, making it faster than normal apoptosis, and cause inflammation. And an important role is played by the particles of cell – inflammasome that lead to cell death. Inflammasome – “sensors” of our immune system that are triggered in response to the detection of potential threats to our body in the form of pathogens and react to them, causing the cell to die urgently. This causes a powerful inflammation at the place of death of the cell. Accordingly, under the condition that inflammation – a major factor of morbidity and mortality of viral pneumonia, positive in our view would be the inhibition (suppression) of inflammation process caused by piroplasm. When considering agents that could act as such inhibitors, we have before us again surfaced melatonin as an inhibitor of inflammasome causing piropos. In the world there are works on the study of this process, of which we learned about the inhibitory activity of melatonin. Then we suggested that this substance may play a key role in the removal of the symptoms of the coronavirus infection and significantly reduce the severity of disease.

— It’s not all positive effects of using melatonin with coronavirus infection?

– Yes, very soon we found other positive side effects of this hormone. First and foremost is the antioxidant activity. That is, melatonin binds free radicals, reactive oxygen species – molecules that also lead to inflammation. And does it 10 times better than known antioxidant – vitamin C, that is, when vitamin C binds to only one free radical, melatonin can bind up to 10 molecules. In addition, he performs when infected by a kind of immunomodulatory role. It can affect the immune response: where he’s jamming it, and somewhere stimulates. Drowns out non-specific immune response caused by a virus, which aggravates the inflammation, and stimulates a specific response associated with the antibodies and memory cells to ensure accurate destruction of the virus. This is a positive factor for faster recovery of a patient suffering from coronavirus infection.

– How to practically apply the findings of your research?

We have suggested in their work that it would be sufficient for the prevention of coronavirus infection to use the doses met the level of melatonin in elderly to normal young. Which corresponds to 3-6 mg of this substance per day prior to bedtime, i.e. at a time when the level of melatonin in the blood the maximum. In addition, the use of melatonin in the treatment of patients with coronavirus infection could lead to a reduction in the number of severe complications. Further this concept was developed other scientists abroad, who offered to treat coronavirus infection high doses of melatonin, in particular, to their use in the treatment of severe pneumonia. The more that melatonin is well tolerated. There are works that show that even up to 100 mg solids per day has no toxic effect and has no significant adverse effects on health. Today conducted clinical studies, including with high doses of melatonin from 35 to 70 mg in case of moderate and severe forms of occurrence of coronavirus infection, and the results are impressive. It’s hard to argue clinicians provided CT scans, which can be seen on the background of such therapy fades the effect of frosted glass. This study conducted in the Philippines.

– It turns out that people suffering from insomnia, theoretically hurt heavier?

– Yes, it can be so we thought about this, too. This is another factor that made me think about melatonin. Indeed, among biohackers in an informal environment it is used against various viral diseases, and there are a number of articles showing its effectiveness in influenza and SARS. And, of course, scientists and doctors suggest more sleep. Sleep – health. Why? We assume that melatonin is responsible for the therapeutic effect of sleep.

– In our country there are patients with the new coronavirus infection are trying to treat, including using melatonin?

– Yes, many doctors its informal use because in approved schemes of therapy it is, of course, no. Need to conduct clinical studies, and registration and quite expensive to do, there are many intermediaries, which make it impossible to hold them without serious financial support. Russia is no clinical scientific evidence that melatonin can protect you from serious consequences COVID-19, however, there are indications that melatonin can affect the severity of the disease, excessive immune response and subsequent severe lung injury, which is present in most patients with severe novel coronavirus infection. Including a number of physicians already drawn to us and advise about the effects in patients. Melatonin is considered as a means of additional therapy that can help to reduce the symptoms. The results are still not sharing, just asking. But very much interested.

HELP “MK” Melatonin is produced in our body mainly by the pineal gland in the brain naturally. Like most hormones, melatonin is produced in accordance with the daily circadian rhythm. Melatonin production increases in the dark and is suppressed by exposure to light. The level of melatonin begins to increase significantly around 9 PM and reaching its peak during the night, falling to the lowest level in the morning. Melatonin is best known as a sleep regulator, but it also plays an important role in the regulation of our immune system. Melatonin is also a powerful antioxidant and has anti-inflammatory properties. Melatonin inhibits immune activity by affecting the production of cytokines – proteins that act as signals to immune system cells in the body. Cytokines can induce (Pro-inflammatory cytokines) or to limit (anti-inflammatory cytokines) inflammation. It is known that melatonin reduces the production of cytokines that cause inflammation. It is also known that melatonin is an antioxidant that helps cells from free radicals and limiting oxidative stress and damage that contribute to inflammation.

The Federal service of the Russian Federation gives simple advice on how to improve melatonin production in the body:

1. Stick to a sleep schedule, with regular times of sleep and wakefulness, so you will strengthen your circadian rhythms.

2. Avoid exposure to artificial light at night. Low light allows the body to produce more melatonin. Glasses that block blue light will help you avoid the suppression of melatonin production caused by exposure to a night light – no need to sit in the dark or of abandonment of the series at the end of a long day.

3. Create a comfortable environment for your sleep, your bedroom should be cool, dark and as quiet.

4. Not train and not eat right before sleeping, avoid situations and conversations that may throw you off-balance.

5. Make time for yourself: take a bath, meditate, listen to relaxing music, use the soothing and relaxing breathing techniques.