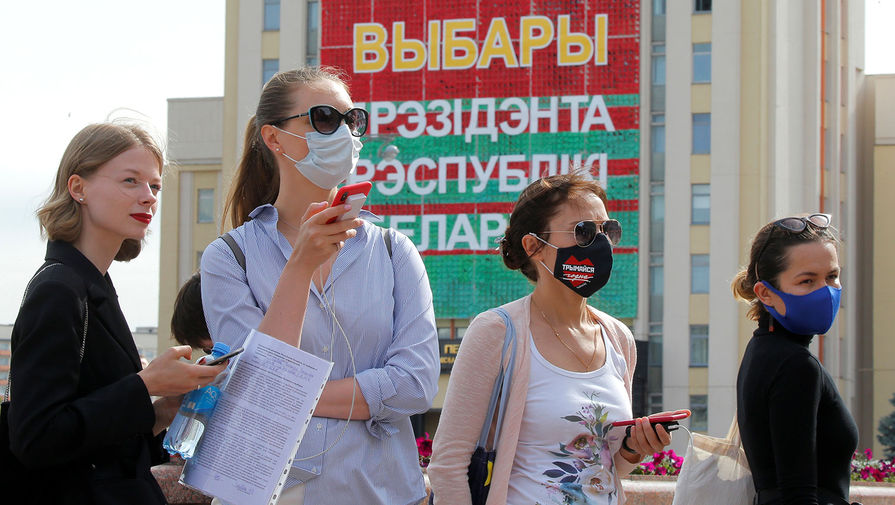 The team of the candidate in presidents of Belarus Svetlana Tikhanovski is merged with the headquarters of ex-presidential candidates Victor Babariko and Valery Tsepkalo. July 14, were both denied registration to candidates. Thus, dropped out of the race two of the most popular contender for the presidency. Combining efforts ruled out candidates from the only remaining opposition to the race was a logical option, however, is unlikely to be able to deprive Lukashenko victory.

Presidential elections in Belarus are becoming more vivid of the protest line. July 15 it became known that the opposition is United against the head of the Republic Alexander Lukashenko.

On the eve of a meeting of the CEC on registration of candidates, after which it became clear that serious competitors for Alexander Lukashenko dropped out of the race. From vibrant opposition candidates registration only received the wife of opposition blogger Sergei Tikhanovski Svetlana.

However, on her account, the President of the Republic is not concerned, as I am sure that woman will not be able to win the election.

On the same day, July 14, in Minsk and other cities held protests. The result is variously estimated from 250 to 280 people were arrested and six officers of the Metropolitan police were injured.

Experts and observers agree that what is happening today in Belarus — unprecedented for the Republic story. Meanwhile, to talk about the impending change of power in the country is not necessary — or otherwise the protest has no legitimate leader, and Svetlana Tikhanovski received your online popularity largely thanks to the bright figure and the activities of his wife.

However, on July 16, the opposition has made his next move — headquarters Tikhanovski, Victor Babariko and Valery Tsepkalo decided to join forces.

According to surveys of some Belarusian Internet publications, former Chairman of the “Belgazprombank” Victor Babariko has the greatest level of support among voters, followed by former head of high-tech Park and the former Lukashenko aide Valery Tsepkalo. Among the audience “Onlayner” Lukashenko was supported by 3% (55 people), the survey of “Nasha Niva” showed the same result (16 people).

It is clear that these polls cannot be called sociological research, however, the slogan “Sasha 3%” became one of the chief during the protests.

In an interview with “Narodnaya Volya” Director of the Institute of sociology, Gennady Korshunov said earlier that the level of trust Lukashenka in Minsk is 24%.

In the President’s popularity hard to believe, looking at how events unfold in the country. It is noteworthy that the protests are not only in the capital but also other major cities of the country and even abroad.

Another feature of today’s stock was their natural character. The Belarusians take to the streets of their cities, not gathering in one place and dispersing throughout the city. Protests call on the headquarters of Babariko and Tsepkalo, bloggers, and telegram channels, however, say that the citizens of the country rallied around a single figure — it is impossible.

Rather, the Belarusians are United against one man — Alexander Lukashenko.

The charges Tikhanovski and Babariko (both are in jail, tikhanovski on charges of use of violence against a law enforcement officer, Babariko in money laundering, tax evasion and bribery), detention during the protests and, in General, tough police action only provoke protests.

For a few days, the CEC was submitted over 5 thousand applications of citizens with the requirement to register candidates of Babariko and Tsepkalo. The Chairman of the CEC Lidia Yermoshina said that the Commission will not participate in this “performance”.

And if after the failure of two of the three bright opposition candidate could expect in the ranks of opponents of the President will be a feeling of loss, after which they will simply cease whatever way to participate in the campaign, it now becomes clear that this probably will not happen. At least in the near future.

Theoretically, such a path can solve the main problem of the opposition — the lack of a single candidate who could unite all the protesters on the elections on 9 August.

For his nomination of Victor Babariko passed to the CEC 367 365 signatures, Valery Tsepkalo — 220 thousand, Svetlana Tikhanovski — 110 thousand That is, in theory, by combining the efforts Tikhanovski can get the support of more than 500 thousand voters.

The headquarters of Babariko said that the joint team plans to urge voters to vote on 9 August 2020 and to vote; to release political prisoners, and economic prisoners, enabling the review of cases in an independent and honest courts; to re -, fair elections after August 9, 2020; to inform voters about the need to protect your voice in different ways; be encouraged to participate in initiatives for fair elections.

However, the combined efforts of three of headquarters will fundamentally affect the elections — the opposition was not allowed to participate in them and about any victory of the alternative candidate speech can not go, says Deputy Dean of the faculty of world economy and world politics HSE Andrew Suzdaltsev.

“It doesn’t solve any problems, because the elections themselves make a very strange and illegal.

The fact that the Chairman of the Central election Commission of Belarus demonstratively violated the Constitution by withdrawing from the process the main leader of the race on the grounds that he is just a suspect, that is, the CEC acted as a court,” — said the expert.

Indeed, despite the fact that the trial of the banker has not yet passed, Lidia Yermoshina during a meeting on the registration of candidates to the President, said that at this stage, all the charges can be considered proven. Although in the end Victor Babariko refused registration on other grounds, saying the discrepancies in income declarations.

As for Valery Tsepkalo, in his case, the CEC recognized only half of the collected signatures — 75 249 160 thousand, which is insufficient for registration.

“Lukashenka’s opponents were in a very difficult position. In fact the elections they took. That is, the people who really can speak out against Lukashenko, barred from the election. Lukashenko is not impossible to re-elect constitutional. This system — basically, the hard dictatorship, and said frankly that to remove Lukashenko is impossible and this, of course, the CEC puts people on the street, — said the expert. — You can at least to unite, it is to say that 90% voted for Lukashenko.”