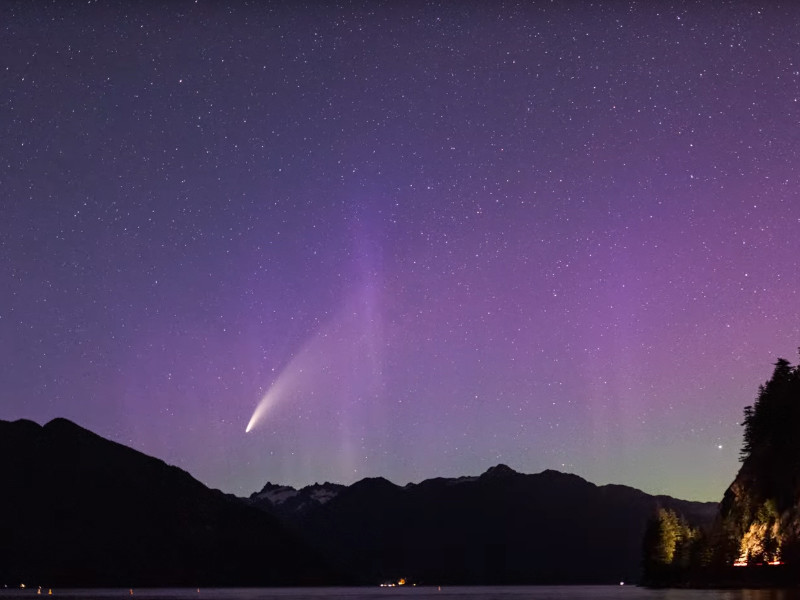 This month in the Northern hemisphere observe the comet C/2020 F3 (NEOWISE), which can be seen even with the naked eye. It was opened on 27 March 2020 infrared space telescope NEOWISE and 3 July passed perihelion, i.e. there was at a minimum distance from the Sun, 45 million miles. Now the comet moves away from our star, reported on the website of the Moscow planetarium in the social network “Vkontakte”.

To see the comet C/2020 F3 (NEOWISE), you can use any kind of optical devices: telescopes, monoculars, binoculars and telescopes. If you are keen enough, you should try to find it with the naked eye. The main obstacle for such observations of the twilight sky.

Social media was flooded with pictures and videos of many witnesses, depicting the heavenly guest. An unexpected gift was received by the observers in the U.S. and Canada, where together with the comet was the Aurora. Two interesting phenomena were visible from the canadian provinces of Manitoba, Alberta and British Columbia and the American States of Michigan, Minnesota and Washington, according to Stormnews.