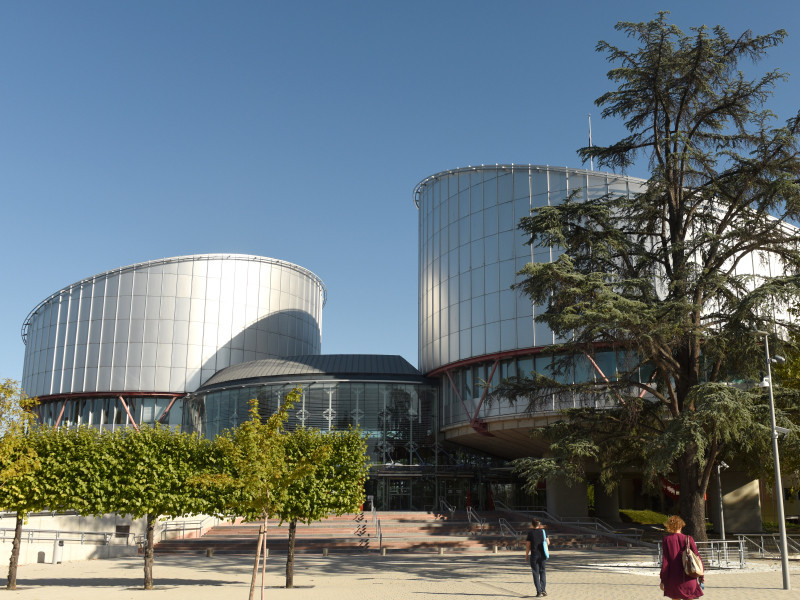 The European court of human rights (ECHR) has registered “Interfax”the claim of the Netherlands to the Russian Federation in connection with the crash Boeing in Ukraine in July 2014. This is stated in a statement on Wednesday, the message of the court.

“The government of the Netherlands filed at the ECHR against Russia – said in court. – This is due to the crash on 17 July 2014, Boeing MH17 over Eastern Ukraine.” “Inter-state application has been registered under number 28525/20”, – said the representative of the court. His words leads TASS.

As explained in the ECHR, the Dutch government claims that the plane was shot down from anti-aircraft “Buk”, which belonged to the Russian army. “The Russian Federation has repeatedly denied any involvement in the destruction of the aircraft,” – said in court.

The official representative of Russian foreign Ministry Maria Zakharova said earlier that the decision of the Hague to appeal to the ECHR in connection with the accident Malaysian Boeing – it’s another blow to Russian-Dutch relations. According to her, “this step will only lead to further politicization and impede the search for truth”. In this regard, Zakharov drew attention to the fact that the Hague from the beginning on the path of unilateral imposing on Russia the blame for the crash of flight MN17. She explained that the events of the last six years that have passed since this tragedy showed that “the Netherlands did not act in accordance with UN security Council resolution 2166, but only in the framework of anti-logic, which was subject to both technical and criminal investigation.” She pointed out that “brushed aside all the testimony, evidence and expert evaluations, which were contrary to the pre-selected scenario happened in July 2014 in the skies over Eastern Ukraine.”

The airplane of airline “Malaysian airlines”, carrying out regular flight on the route Amsterdam – Kuala Lumpur, was shot down by a missile Buk missile system on July 17, 2014 in the skies over the Donbas. All were on Board 298 people were killed.

For investigation of accident set up a Joint investigation group (SSG). It included the representatives of Australia, Belgium, Malaysia, the Netherlands and Ukraine. Russia is not included into it. From the beginning suspect that the destruction of the liner are units of the Russian army, used to destroy aircraft, anti-aircraft missile complex “Buk”. During the investigation, these suspicions were confirmed.

In 2019 accusations of involvement in the Downing of the airliner over the Donbass in 2014 was brought against former defense Minister of the so-called Donetsk people’s Republic (DPR) and a retired FSB Colonel Igor Strelkov-Girkin, his Deputy, the commander of the reconnaissance and General-major Sergey Dubinsky Callsign “Dull”, his Deputy Colonel Oleg Pulatova, which, presumably, was associated with exploration in Donetsk. Ukrainian suspect in the case, field commander of the separatists Leonid Kharchenko.

As part of the investigation, the question arose about what the role of the Russian leadership in the incident. Dutch investigators released several phone calls between Igor Girkin and Russian officials – presumably the head of the Crimea Sergey Aksenov and the Russian presidential aide Vladislav Surkov. In conversations it was about the help from Russia. In an interview with Aksyonov Girkin listed, you need anti-tank artillery, tanks and air defense are already ready by specialists, as their “time to cook we will not have, anymore.” He was told that help will come.

And Surkov, a week before the MH17 disaster assured the Prime Minister DND Alexander Beard that “spoke to older colleagues, older does not happen” on military assistance to the militia and hinted at some “tipping action.”

In mid-November 2019 international investigation team published telephone intercepts, from which it follows that Russia completely controlled the process of invasion the Pro-Russian armed formations on the territory of Ukraine, and the weapons of the militia were sent through the channels of FSB and GRU. Was promulgated and the testimony of the witness, which showed that next to “Buck”, which fired a missile at the airliner, were employees of the FSB.