The Chinese space program has been a very long time. Within it, the representatives of China reached the back side of the moon and was able to obtain a sample of lunar soil. Now China faces an even more ambitious goal: they want to send its own spacecraft to Mars. July 17 was delivered to the launch pad and assembled booster. This is another step toward the historic launch. The flight itself towards the red planet is expected to begin within a month. 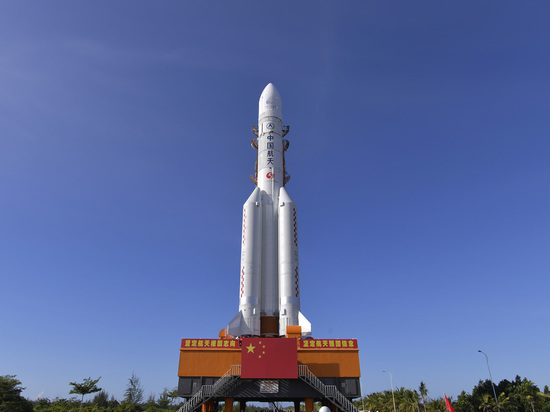 China has taken another important step toward its first flight to Mars. The carrier rocket Long March-5 Y4 made for Mars probe was vertically installed on the launch pad of the spaceport Wenchang in the South China province of Hainan on Friday, July 17.

Rocket Long March-5 Y4, the title of which contains a reference to the legendary “Great Trek” of the Chinese Communists during the civil war in the 1930s, arrived at the spaceport Wenchang in late may of this year and completed preparatory work, including the Assembly and prelaunch testing.

On Friday morning the rocket was moved to the launch pad after a smooth rolling out of the Assembly building, which took about two hours, reported China national space administration. The fuel will be poured into the rocket after further functional checks and final review. If all goes well, then the rocket will be launched on schedule.

Date of launch missiles are chosen not by chance. The minimum distance between Mars and Earth is about 55 million kilometers. This only happens once every 26 months, said State space giant, China Aerospace Science and Technology Corporation, the contractor of the mission. This year, Earth and Mars will be closest to each other from July to August. At this time China and expects to conduct the first launch.

Final date for the launch of Chinese Mars probe will be determined by environmental factors, including weather conditions, distance between Earth and Mars and the overall condition of the launch pad. Will also play a crucial role validation of the technical readiness prior to launch.

Launch day has to be met several conditions: there should be rain, wind speed not above 8 meters per second and the area of visibility should be 20 kilometers, said Beijing’s aerospace expert pan Jihao.

In addition, eight hours before the start and after one hour after starting on the adjacent 30-40 miles should not be thunderstorm activity and wind speed should be weaker than 70 meters per second in the sky from 3 to 18 kilometers above the launch area, said pan Jihao. The scientist notes that the wind at a height of 8 to 15 kilometers above the earth can affect the entire flight of the rocket.

This mission was approved by the Chinese authorities in January 2016. So the decision was made on key objectives: the mission objectives will be achieving orbit, landing and study of the red planet in one mission.

The forthcoming launch will be the fourth flight under China’s space program. Before successfully returned to earth the most modern missile in the end of 2019, and before that, in July 2017, there was a failed launch of another rocket.

The experts from China expressed confidence in the success of the Chinese mission to Mars, as the country has accumulated a wealth of experience from previous missions, lunar probes, and the main highlight was the landing of “Chang’e-4” on the reverse side of the moon. According to experts, this experience can seriously help you in studying the red planet.