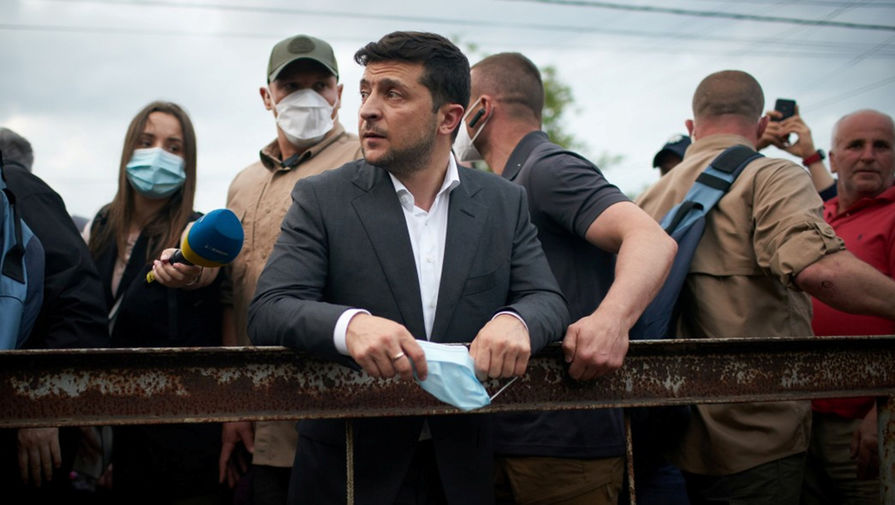 Petition for the resignation of the President of Ukraine Volodymyr Zelensky gained almost 28 thousand votes. This means that it overcame the necessary threshold of 25 thousand, now the document is required to consider the head of state and give the answer. According to the author of the open appeal to Ukrainian President broke the law by hiding part of their income.

In Ukraine for nine days, the petition for the resignation of President Vladimir Zelensky received the required consideration by the President 25 thousand votes. Now the President is obliged to give a response.

On the recruitment of the required number according to the website e-petition on the Internet representation of the President. At the moment, for the consideration of the petition voted almost 28 thousand people. Until the end of voting left for another 82 days.

“July 7, 2020 Zelensky admitted that he did not declare 5.1 million hryvnia ($188 million) of the proceeds from the repayment of bonds internal state loan (government bonds) and this violated the law “On prevention of corruption”, — said the author of the petition, the Ukrainian political scientist and political analyst Viktor Ukolov.

He noted that Ukrainians “we appeal to the President with an appeal to keep his word and resign or to admit that four days before the second round of April 18, he lied to his constituents about what’s going to go, if you break the law.”

Previously, the office of the Ukrainian President reported that the President personally appealed to the national Agency for prevention of corruption (NACP). He advised the Agency that violated the law of the country, as the deadline has not made a Declaration and information about significant changes in the property state.

The staff of the NACP has made two Zelensky administrative record for this violation. Later, the head of the country declared the receipt of funds from the sale of property. In particular, the Zelensky family, as noted in the press service of the President’s office, in 2019 purchased government bonds of 5.2 million hryvnia (about $191,5 million).

The value of the bonds exceeded of 50 living wage. Zelensky was to inform NACP of any change in their financial status within 10 days the purchase and sale of government bonds.

In response to the message a press-services of office of President of Ukraine, former Deputy Prime Minister Pavlo Rozenko said that now Zelensky should resign. “Mr. President, we’re waiting. Fulfillment of election promises. Making resignation from the post of President of Ukraine”, — wrote ex-official on his page on Facebook.

To resign of the head of state demanded by the Ukrainian party “Opposition platform For life”. Policies issued the call on its website. Only here sounded another reason for the resignation. According to the opposition, Zelenski and his team have no place in the leadership of the country, as they are not able to ensure a peaceful settlement of the conflict in the Donbass.

Party Zelensky reminded that his victory in the presidential election last year was held under the slogan “the World for a year!”. But “today, we-power has become a clone of the regime Poroshenko.”

In a statement, “the Opposition platform” it is also claimed that negotiators from the Ukrainian side destroy the Minsk agreements that are the basis for a peaceful settlement of the conflict in the South-East of Ukraine within the Normandy format.

Deputy Prime Minister and first Deputy head of the Ukrainian delegation in the trilateral contact group Alexey Reznikov said that the reintegration of Donbass will take 25 years. And, according to opposition forces, his words say that the government is not committed to peace, and with his main political mission cannot handle.

Representatives of the “Opposition platform of Pro — life is” confident that if the team Zelensky led him remain in power, it would be contrary to national interests and run counter to the needs of the people.

The statement stressed that the destruction of the Minsk agreements could lead to another escalation of the conflict. In this regard, the potential new victims and destruction in the Donbass. To prevent it only one way — to change policies and expel “adherents Poroshenko of all the negotiation formats or change the power, leading the country to disaster”. The party also drew attention to the deplorable state of the Ukrainian economy, rising unemployment, and the decline of the health system during a pandemic coronavirus.

Tory MPs hit out at Hancock over Covid powers extension