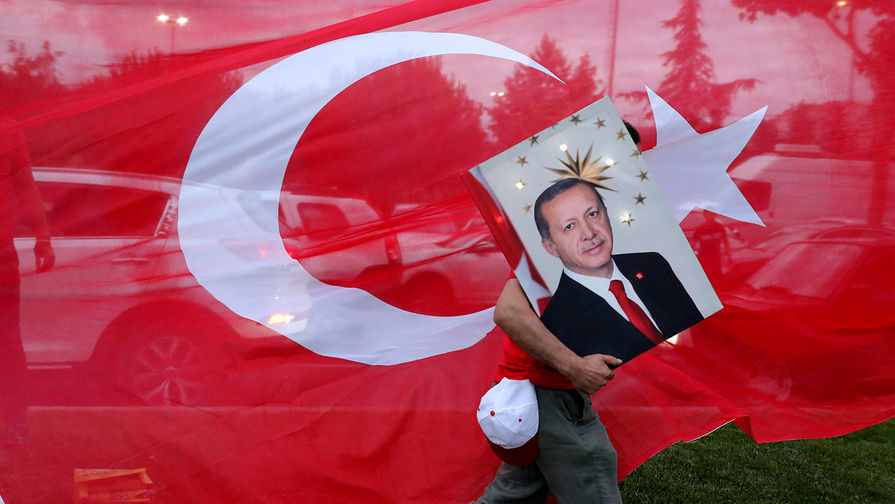 From the beginning of the deterioration of the Azerbaijani-Armenian conflict, Russia has taken a conciliatory stance, refraining from accusations in someone’s address. Strategic partner — Turkey — acted differently, unreservedly taking the side of Azerbaijan. The cooperation between Ankara and Baku — reference example the implementation of the Turkish foreign policy doctrine in the post-Soviet space. However, the network of Turkish influence extend far beyond the Caspian coast.

On the eve of President Recep Tayyip Erdogan has declared unconditional support of Ankara’s Azerbaijan erupted into renewed conflict with Armenia.

“We in any case will not leave without the support of the fraternal Azerbaijan, are in talks with [Azerbaijani President] Ilham Aliyev. In Turkey were sent to the Azerbaijani delegation, the negotiations were conducted. I also met with them. We are close to Azerbaijan,” — said the Turkish leader.

Ankara’s position in this matter is fully consistent with the rhetoric of Baku: Armenia declared invader, it is accused of Azeri shelling of civilian settlements and provocations against its Eastern neighbor.

In this position of Turkey is not surprising.

The rhetoric of street activists shows that the age-old confrontation between Russia and Turkey does not disappeared, but has merely found new forms.

The main battlefield between Moscow and Ankara is set in the minds and hearts of the citizens of former Soviet republics.

Under Erdogan in Turkey’s foreign policy adheres to the principles of neo-Ottomanism, that is committed to the return of the influence of sunk into oblivion, the huge Ottoman Empire. Besides the obvious claim to the role of regional leader, which Ankara is trying to implement, interfering with numerous military conflicts in the middle East, the government confronts a major goal.

Turkey expects to become the undisputed leader among the countries with Turkic populations. It is here that Ankara’s interests are directly at odds with the interests of Moscow. Because Turkic countries of Azerbaijan, Uzbekistan, Kazakhstan, Kyrgyzstan, and Turkmenistan are fragments of the former Soviet Union, where Russia hopes to maintain its influence.

Ankara’s ambitions are realized through created in 2009, the Turkic Council, organization of all, with the exception of Turkmenistan, the modern representatives of the Turkic world.

“Until today, we said “One nation — two States”. Yesterday I said that we have now become one nation, five States. God forbid, Turkmenistan, too, will join us and thus we become one nation, six States will strengthen cooperation in the region”, — said Erdogan after the last in October 2019 next meeting of the Council.

Policy in this direction Ankara started in the early 1990-ies, taking advantage of the weakness and confusion of Russia, trying to adapt its economy to life after the collapse of the Soviet Union.

This is evidenced by even the fact that Turkey was the first country to recognize the independence of the new States of Central Asia. In those years, Turkish policymakers enthusiastically discussed the opportunities for “recovery of Turkic unity”, and in the media there were new terms: “the Uzbek Turks”, “the Kirghiz Turks”, “Turks Tatar” or “external Turks”.

For such “external Turks” actively create educational programs in which young people from Central Asia and Azerbaijan talked about the benefits of the Turkish path of development. Over the last 20 years the Turks have provided 26 thousand scholarship for Turkic students both on the territory of Turkey and in local branches. In addition, each of the Turkic republics in the former Soviet Union are Turkish satellite channels.

In the early ‘ 90s, former Prime Minister of Turkey Suleyman Demirel said that his country had a unique perspective “to determine the political future of the Muslim republics of the CIS”. To implement this goal in the Turkish foreign Ministry has even been created by the Agency of Turkic cooperation and development (TKA), the purpose of which is to develop relations among Turkic countries of the former USSR.

Here revealing statement by one of the former leaders of the Agency of Abdulhaluk Cheya:

“Turkish Republic is the successor of the great Ottoman Empire, it should create a Federal Union with Azerbaijan, Kazakhstan, Uzbekistan, Kyrgyzstan and Turkmenistan, even at the cost of sharp confrontation with Russia.”

Obviously, assuming that sooner or later the policy of neo-Ottomanism may face opposition from Russia, Turkey makes a “pre-emptive strikes” are most sensitive to Moscow points.

It comes as building cultural contacts with the Turkic-speaking indigenous peoples of Russia — Tatars, Bashkirs, Yakuts, etc., and increase its influence in countries with which relations Moscow has frankly never happened.

So, for example, are actively developing the relations between Turkey and Georgia. The latter is already involved in a joint Azerbaijani-Turkish military maneuvers. Grows and economic cooperation: here you can recall the oil pipeline of Baku — Tbilisi — Ceyhan pipeline, and the massive Turkish investment in the Muslim region of Georgia, Adjara. In the end, Turkey now takes the place of the main trading partner and investor of Georgia.

In 2014, strengthening relations between Ankara and Kiev. Turkey refuses to recognize the results of the referendum which the Crimean Peninsula was part of Russia. And the Crimean Tatar Diaspora in Ukraine still plays a key role in establishing the Ukrainian-Turkish relations.

However, to talk about the unconditional victory of the Turkic world in the post-Soviet space is not necessary. Central Asian countries maintaining strong ties with Russia, and even the closest to Turkey, Azerbaijan is trying to build its foreign policy, balancing the interests of Ankara and Moscow.

However, their plans to build the Turkic world, Turkey is unlikely to ever relinquish. Especially when configured imperialist leadership that heads the Republic now.