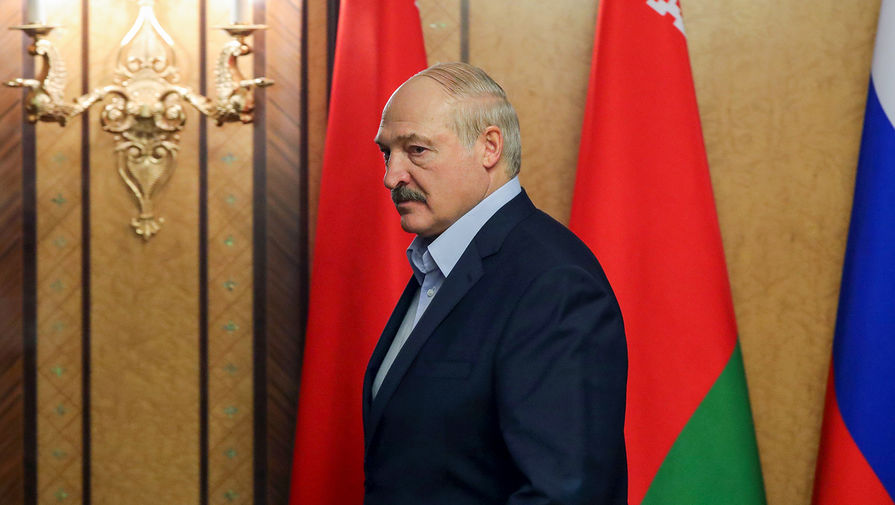 Two days before the visit of Prime Minister Mikhail mishustina in Minsk on the TV channel “Belarus 1” was a plot, which tells about the involvement of Gazprombank and Deputy Finance Minister of Russia Andrei Kruglov to money laundering in the “Belgazprombank”. The accused in this case is a former member of the presidential race in the Republic of Victor Babariko. Why Alexander Lukashenko after the West turns to the subject of Russian interference in the elections — in the material “Газеты.Ru”.

The main state TV channel Belarus “Belarus 1” was released on 15 July, the story of the “Belgazprombank”, in which former President of the Bank Victor Babariko charged with money laundering, tax evasion and bribery.

The story States that “Belgazprombank” was used to launder Russian capital. This can be a part of the Russian “Gazprombank” and even Deputy Minister of Finance Andrey Kruglov, the channel reports.

Minsk calls the names of the “puppeteers”

According to the prosecution, on the basis of the Bank acted organized criminal group, which is deduced money abroad.

49.8% of shares of Belgazprombank belong to the Russian “Gazprom” and Gazprombank. Earlier, the head of the state control Committee of Belarus Ivan Tertel said that the activities of Babariko is the management of “Gazprom”.

“It appears that Babariko trying to play in the nobility. We, in turn, know that the puppeteers behind his activities, afraid that our actions will generate data and evidence of their involvement in this illegal activity. Such persons are, we know the big bosses in “Gazprom” and maybe more”, — said Tertel.

Now Belarus 1 presented new details in the case of “Belgazprombank”, and accusations had touched a member of the government of the Russian Federation.

The story States that in 2018, the company stroygazconsulting is one of the contractors of “Gazprom” — has opened the account in the “Belgazprombank”. On behalf of Babariko Deputy Chairman of the Belarusian Bank Sergey Shaban went to St. Petersburg for a meeting with Andrey Kruglov, who is also the Deputy Chairman of the Board of “Gazprom” to discuss the volume of payments.

“A little more than two years on the current account of “Stroygazconsulting” open in “Belgazprombank”, was held approximately $2.2 billion dollars”, — said in the air of “Belarus 1” Alexander Prokopenko, Deputy head of the Department of financial investigations of the state control Committee of Belarus (SCC FID). According to him, a significant portion of these payments were transactions between related companies, which was headed by the Director of “Stroygazconsulting” Stanislav Anikeev.

“Ordinary workers “BGB” drew attention to the suspiciousness of the transactions, including reported to the management. However, the special messages in the bodies of financial monitoring is aimed not was,” he said, adding that such payments had no economic sense.

The plot of the TV channel alleged that funds from the structures of “Gazprombank” enters the “Belgazprombank”, but in the same or the next day he returned to Russia in the same structure or in a newly created company.

“If at first the money was transferred to offshore companies, then later as such offshore company was himself “Belgazprombank”, — stated in the report.

Prokopenko also said that in February 2020 Stanislav Anikeev got paid “the equivalent of $4.2 million”.

“With the availability of a huge number of creditors of this company there is no doubt that such a salary could be paid to him, whether this account opened in a Russian Bank”, — said the representative of the FID SCC.

The Ministry stressed that the Russian shareholders of Belgazprombank received other income from the Bank. The TV channel Deputy head of the FID SCC Dmitry Diaghilev noticed that specially for Andrey Kruglov was established an exclusive agreement for placing the currency of the loan.

According to him, “during the period of existence of the Bank was concluded only three of the loan agreement with physical persons — nonresidents of the Republic of Belarus: two with Kruglov Andrei Vyacheslavovich totaling 8.5 million euros and one with his wife in the amount of 3 million euros”.

In 2019 Kruglov was appointed Deputy Minister of Finance of the Russian Federation and has stopped cooperation with “BGB”, but the Bank remained the loan of his wife. Diaghilev said that the Agency arrested the Bank account of the wife of Andrey Kruglov. He also added that for clarification of all circumstances, Belarus has applied for legal aid to Russia.

The story reported that fraud Babariko collaborated with the former head of the Russian “StarBank” a Agajan Avanesov. Avanesov is accused of embezzlement of funds in especially large size and is wanted.

According to TV channel, StarBank transferred money to the accounts of Russian firms-a something ephemeral in the “Belgazprombank”. Transacted in foreign currency, and then displayed on the accounts of foreign companies controlled by Avanesov. Part of the money returned to Russia.

The former Director of the FID SCC and a former member of Directors of “StarBank” Anatol Hramovich said on the air of “Belarus 1” that when Avanesova have problems in 2015, he met with Alexander Torshin, Deputy Chairman of the Central Bank of Russia, and asked him for help. Meeting Torshin Avanesov was left “satisfied.”

“The question of why the Moscow leadership, knowing about the schemes of the Belarusian “daughter”, not stopped them, remains open. We are not proponents of conspiracy theories, but the answer suggests itself: pumping their own money, top-managers “Gazprom” turned a blind eye to financial fraud Victor Babariko. It is also possible that “Belgazprombank” is a tool used against the interests of Belarus. In this case, it becomes clear why a management “Gazprom” the decision on the financial support of the defendants in this criminal case,” — says the VoiceOver.

The Strategy Of Lukashenka

Press Secretary of the President of Russia Dmitry Peskov has said that the arrest of accounts of the spouse of Andrey Kruglov is not within the competence of the Kremlin. However, earlier, when the accusations against the management of “Gazprom” sounded from the head of the state control Committee of Belarus Ivan Tertile, Sands demanded reasoning from Minsk.

“Such allegations against international companies may not be unfounded, should be supported by arguments, explained Peskov. Is one of our priorities is the protection of our companies working in other countries, including Belarus.”

In General, the topic of intervention of Russia in the Belarusian elections, one way or another periodically POPs up in the Republic.

“And those who are currently funded by Russian oligarchs, clearly understood that the money of Russian oligarchs by the authorities are that this frostbite, the so-called radical opposition in Belarus”, — Lukashenka said.

Press Secretary of the President Dmitry Peskov replied: “I do not know about the existence of oligarchs in our country, this is the first. And it is also not known that they were doing something would be in Belarus, is the second”.

Later Alexander Lukashenko said that the “puppeteers” of Russia trying to influence the election in Belarus, spread on the Network a “terrible fakes”.

The plot of TV channel “Belarus 1” was released two days before the visit of Prime Minister of Russia of Michael mishustina in Minsk to participate in the session of the Eurasian intergovernmental Council. After a meeting Prime Minister held a meeting with the President of Belarus.

It is noteworthy that at the end of June, a week before the meeting of Lukashenka with Russian President Vladimir Putin at the opening ceremony of the Rzhev memorial to Soviet soldiers in the Tver region, the Belarusian leader also declared the participation of foreign forces in the elections to the Republic.

And, in the opinion of the Deputy Dean of the faculty of world economy and world politics HSE Andrew Suzdaltsev, hints Lukashenko on Russia’s influence over elections designed to obtain reaction from the European Union.

“The Belarusian leadership, including Lukashenko, constantly accuses Russia to the West that he is under the pressure of Russia, Russia intervenes in the elections of Belarus — that he is trying to incite the West Russia, — the expert believes. — On the one hand, it demonstrates the West that Russia would intervene, that he keeps hitting, saves and calls for the support of the West. But on the other hand, before he yells that he is ready for any integration, just give him the support, resources and money.”

The same causes unwinding of the topic of Russian interference in elections leads a Belarusian political analyst Dmitry Bolkunets.

“Lukashenko hopes that he will get some response from Moscow, some kind of reaction, but this will not happen, — said the expert. — He wants to push, apparently, the West with Russia on the Belarusian territory, expecting that if Russia is to interfere or to comment on this, Lukashenka will see some kind of reaction from the West that the West accuses Moscow of meddling in the Belarusian elections”.

Simultaneously, the declarations and allusions of the President and the leadership of the FID and calculated at domestic audience ahead of elections. Rhetoric about the intervention of foreign forces and their encroachment on the sovereignty of the Republic became part of election campaign of Alexander Lukashenko.

“[Lukashenko hopes] that will be exhibited as a victim, against which the feet of the Kremlin somehow affected. It is important to show the presence of some external forces, external enemies, who are trying to clean it up out of the chair” — said Dmitry Bolkunets.