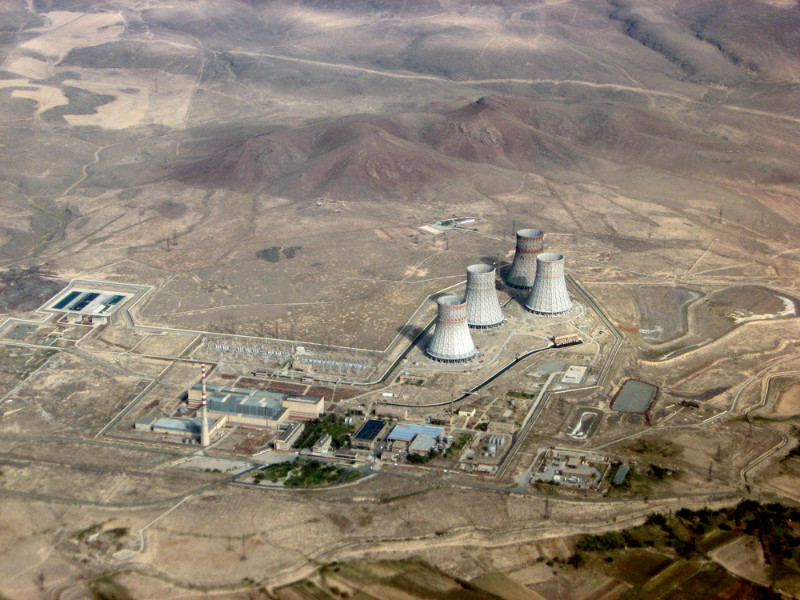 Azerbaijan and Armenia due to the ongoing border conflict exchanged on Thursday strong statements about the possibility of attacks on critical infrastructure facilities of the two countries.

Azerbaijani defense Ministry warned that in the case of attack on Mingyachevirskomu reservoir Azerbaijani armed forces can strike back at the nuclear power plant in Armenia, reports TASS. “The Armenian side must not forget that available on the armament of our army new missile system can strike high-accuracy blows at the Metsamor NPP, which could lead to a major catastrophe for Armenia,” – said the head of the press service of the defense Ministry Vagif Dargyakhli. He stressed that “the terrain on which the Mingacevir reservoir, held on the construction of the strengthening works and the available air defence modern air defence systems will not allow you to strike at this strategic facility.”

Official Yerevan believes that the statement of the Azerbaijani defense Ministry about a possible missile strike on the Metsamor NPP is a crime. On Thursday at the briefing said the official representative of the defense Ministry Artsrun Hovhannisyan. “I want to emphasize that the official representatives of Armenia has never discussed the possibility to attack the civilian infrastructure. We’re not even firing at the houses. Our diplomats and politicians are already engaged in a statement on the possible impact on Metsamor nuclear power plant. Such statements criminal,” he said.

The situation on the Northern border of the two States escalated on July 12. In Azerbaijan, said the attempt of the Armenian armed forces to attack the positions of the army of the Republic, artillery, in Yerevan called the cause of growing attempts from the Azerbaijani side. In Baku reported 11 dead soldiers of the Azerbaijani army in three days of clashes. Yerevan announced the deaths of four and wounding 10 soldiers.

The Ambassador of Armenia in Russia Vartan Toganyan believes that the Azerbaijani side in advance began to prepare public opinion for a new round of conflict. “What we see in the last days – requirements [at a protest in Baku on 14 July] to immediately start a war, and so on, all supported by official rhetoric. And this, of course, contributed to the statements of neighbouring Turkey,” the diplomat said. His words are quoted by RBC.

According to him, “some countries, including Russia, promoting the establishment of lasting peace, stability in the region, and Turkey, which is a member of the Minsk group on the settlement, one-sided and unconditional support of the military actions of Azerbaijan, supports aggression, threatening Armenia and offers his military aid to Azerbaijan”. “This is actually incitement, which can seriously undermine system security in the region. These realities, in my opinion, and contributed to inflame, the resumption of hostilities,” – said the Minister Toganyan.

The conflict between Armenia and Azerbaijan began in February 1988 and was caused by the issue of Nagorno-Karabakh declared about secession from Azerbaijan SSR. During the armed conflict of 1992-1994, Azerbaijan lost control over the region and seven adjacent districts. Since 1992 negotiations on peaceful settlement of the conflict within the OSCE Minsk group, which is chaired by Russia, USA and France.

The Armenian NPP is the only nuclear infrastructure projects in the Republic. Commissioned in 1979 near the town of Metsamor and stopped in 1989 after the destructive Spitak earthquake of 1988. In 1995, she was reactivated with the participation of Russian specialists, after which resumed commercial operation the second power unit. Nuclear power plant produces about one third of all electricity in Armenia, the cost of which is much lower than produced by thermal and hydroelectric power stations.