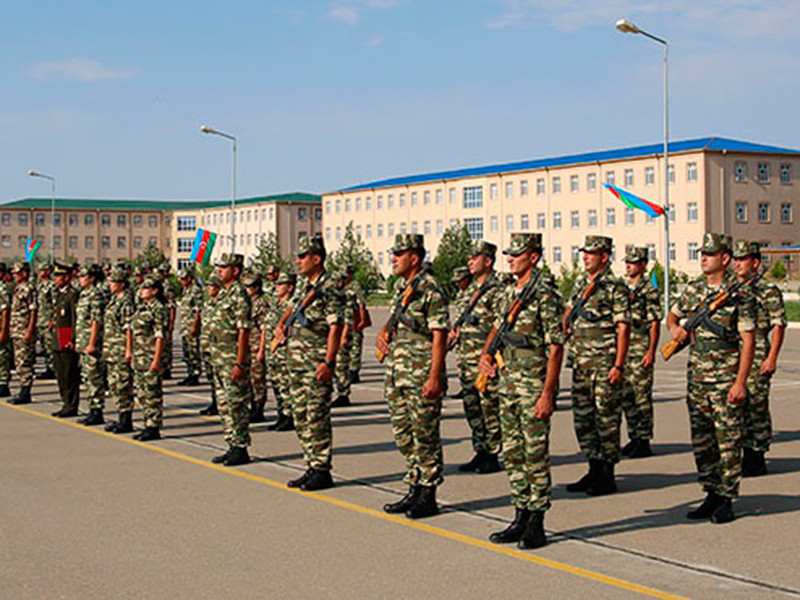 The number of volunteers who applied the conscription of Azerbaijan is about 7 thousand people, said on Friday the country’s defense Ministry. “We welcome and thank all the people, including every citizen who applied for the solidarity and support of our army,” – said in a statement, quoted by “Interfax”.

Defense Ministry informs that those who enter military service may submit your personal data to the State service for mobilization and conscription.

The day before, July 16, the Armenian defense Ministry said about the lack of necessity of forming a volunteer corps in connection with the escalation of the situation on the border with Azerbaijan. “We get thousands of calls and letters from citizens, veterans, former volunteer with the request of forming a volunteer corps to serve on the border. We inform you that at present, such is not necessary”, – said the defense Ministry of Armenia.

On Friday after five days of clashes on the Armenian-Azerbaijani border in Yerevan said that in the conflict area remains relatively calm situation. From the Azerbaijani side also expressed the stabilization, but noted that tensions remain.

Recall that the clashes on the Armenian-Azerbaijani border started on 12 July and continued until July 15 in the neighboring districts of Baku (Azerbaijan) and Tavush (Armenia), also bordering Georgia and located a few hundred kilometers from the unrecognized Nagorno-Karabakh, where the situation remained calm.

Both sides have losses. Azerbaijan and Armenia blame for the attacks on each other. In particular, the President of Armenia Armen Sargsyan called Azerbaijan’s actions “a blatant attempt of military aggression”. For his part, the President of Azerbaijan Ilham Aliyev said on Wednesday 15 July that his country did not make sense to initiate military actions on the border with Armenia.

“The Armenian side must not forget that the newest missile systems, available on the armament of our army, with high accuracy, able to strike at the Metsamor nuclear power plant, and it will turn back to Armenia a huge tragedy,” said Dargahi, commenting on the threat of the Armenian side to strike at Mingechevir reservoir in Azerbaijan.

A number of countries and international organizations expressed concern about the situation on the Armenian-Azerbaijani border and urged the parties to dialogue. The Russian foreign Ministry said it was ready to assist Baku and Yerevan support to stabilize the situation.