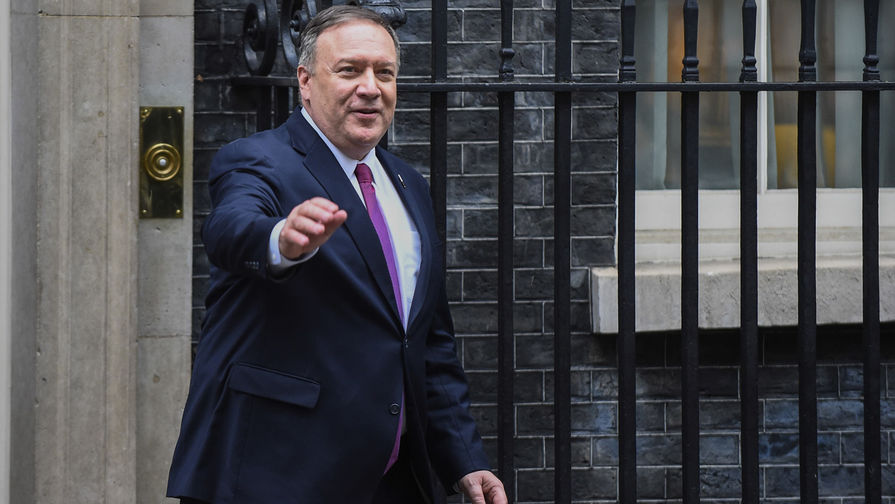 The British foreign Secretary Dominic Raab said that the country exits the extradition agreement with Hong Kong. In addition, the Kingdom will spread in Hong Kong of the arms embargo. The actions of the London dictated by the introduction of the law on national security in the autonomy with the submission of Beijing. The decision of the Cabinet Raab announced on the day of the arrival of US Secretary of state Mike Pompeo in Britain. One of the Central themes of the talks will be a confrontation with China.

U.S. Secretary of state Mike Pompeo July 20, he began his two-day visit to Britain, where he is scheduled to meet with Prime Minister Boris Johnson and foreign Minister Dominic Raab. Topics for discussion among the parties is sufficient, especially considering that six months later, London finally leave the European Union and that the leaders of Britain and the United States have already announced some bargain.

On the agenda is the agreement, the pandemic coronavirus COVID-19 and China. The theme of Beijing were affected in light of the protests in Hong Kong because of the national security act.

In this respect, the United States, consistently promote anti-Chinese policy in Europe finally found an ally. The UK is one of the countries that joined the criticism of Washington against Beijing. For condemnatory statements from London has a historical basis in the form of an alleged breach of the joint Sino-British joint Declaration on the transfer of Hong Kong signed in 1984.

The arrival of Pompeo, the UK has created fertile ground. Speaking in Parliament, Dominic Raab said that the London suspends indefinitely the effect of the extradition agreement with Hong Kong.

“I would like to add that we will not consider the possibility of restoring these agreements until, until you provide a clear and solid guarantee that will allow you to be sure that these agreements will not be abused with the new law on national security,” said Raab.

In addition, the Kingdom will spread in Hong Kong of the arms embargo, which applies to mainland China since 1989.

The decision of London was followed by a week after the government decided to ban the Chinese company Huawei until 2027 to participate in the British deployment of 5G networks.

for London’s decision was affected by US sanctions against Huawei, introduced in may, when the White house tried to deprive the company of access to computer chips based on American technology.

As a result, there are fears that Huawei will start to use unreliable chips: as a result British national cybersecurity center came to the conclusion on potential threats to the Huawei systems to the UK.

As The Guardian reports, citing a source, the British government privately told the representatives from Huawei, so the ban, in particular, based on the “geopolitical” reasons because of the huge pressure from the US President Donald trump.

However, he and the head of the White house took responsibility for the decision of London, exposing it as his personal achievement.

“We convinced many countries — I did it myself — don’t use Huawei because we think this is a great security risk, very big risk for security,” — said the President of the United States at a press conference, welcoming the decision of the UK.

Thus, the prohibition of London became a kind of an advance in the process of establishing trade agreements with the United States, which is necessary for the UK government. A good deal will be the proof of the correctness of eurosceptic Boris Johnson, who led the campaign for the early exit of a country from the EU. In addition, it is unclear on what economic conditions the parties diverge — the process of negotiating trade agreements with Brussels advances extremely difficult.

Same for trump’s anti-China issue has become a Central theme around which he builds his campaign. Pandemic coronavirus ruined his plans to listing all your achievements in the field of Economics, and head of the White house passed to the search engine of an external enemy on which to blame the crisis, at the same time demonstrating to voters that the enemy is held responsible.

In this direction the American leader really is moving consistently. On 16 July he signed a law on sanctions against Beijing in connection with the situation in Hong Kong, as well as the Executive decree on the abolition of economic and trade preferences for the Special administrative region of China. In announcing his decision, trump said he believes China is responsible for the pandemic coronavirus.

“They could stop her,” said the American leader and moved on to another topic — what if the elections will win in the US Joe Biden, it will be the “gift of the Communist party of China.”

While trump has announced new sanctions against China, his national security adviser, Robert O’brien completed a three-day visit to Paris, where he met with colleagues from France, Britain and Germany to discuss foreign policy issues, including themes of Beijing. The American delegation also included Deputy national security Advisor Matt Pottinger, former reporter of the newspaper The Wall Street Journal, specializing in China, and Ryan Tully, the new senior Director for Europe and Russia of national security Council the White house. In particular, with the filing of the American side discussed the waiver of service of Huawei.

However, Berlin and Paris do not intend to take anyone’s side in the confrontation between Beijing and Washington. London has his own reasons to play along with the White house.

By the way, when trump accused China of withholding information and called for an investigation into the origin of the virus, the UK was one of the first countries that divided the position of President of the United States.

“No doubt, we can’t do business as usual after that — said Raab in response to the question, whether there will be a “recalculation” in London’s relations with Beijing in connection with the pandemic. — We have to ask hard questions about how it happened and why it (the epidemic — ed.) it was impossible to stop before.”