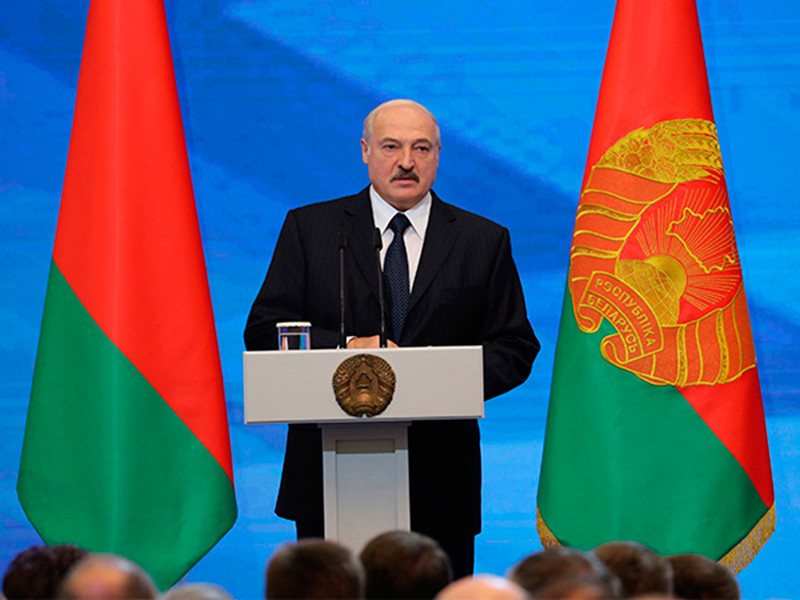 President of Belarus Alexander Lukashenko said that during the ongoing in the Republic of the presidential election campaign happen “strange things”, reports TASS.

“I think one on one we will exchange some opinions and questions. I will tell you what is happening now in the electoral period. Very strange things happen. Sometimes I start to think long based on my experience, where it comes from. But every work, so will tell you about it”, – Lukashenka declared on Friday at a meeting with Prime Minister of Russia Mishustin, who took part in the session of the Eurasian intergovernmental Council in Minsk.

The Belarusian President said: “Well, times have changed. Today like in the middle ages, to capture some country and subjugate 100-150 years. The situation is different. And do not need. And Russia their land enough, if to speak about Russia”.

Lukashenko does not exclude that “the other side” anyone thinks differently. “But if someone thinks outside of our country, on the other hand such things and notions, I think that his life was short-lived. We will talk with you one-on-one, exchange some views and questions,” he added.

The Belarusian head of state expressed hope that this event will become a certain step in the deepening of relations in the Eurasian economic Union, reports BelTA news Agency. “At least, I would like it to be. But the exchange of views took place very serious,” he said.

“We are a young sovereign and independent state. We got this independence without bloodshed. Perhaps, without sweat. Then there was a fierce struggle for power between Yeltsin and Gorbachev in the Kremlin. Many of us, the whole country actually, watching what will happen next,” – said the President of Belarus the day before.

Lukashenko called on citizens not to forget that destiny is in their hands. “And your decision on our fate we must accept. Here in Belarus,” – said the President of the Republic.

On July 14 in Minsk was held an unauthorized action of protest after the refusal of the Central election Commission of Belarus to register Victor Babariko and Valery Tsepkalo as presidential candidates. Arrested more than 250 people, including “drivers and cyclists”. Most of the violations recorded in Minsk.

The protesters were detained for disobeying “lawful order or request of an official in the performance of official duties, violation of order of organizing or holding mass events, as well as violation of traffic rules”. Later, the investigative Committee of Belarus opened a criminal case.

Dispersing of the rally, the police often used brutal force, beating people with batons and feet. According to the center “Spring”, the capital was detained 173 people. In other cities a few dozen.

For the presidency of Belarus will compete in five people – as many candidates were registered by the CEC on 14 July after verification of necessary documents. The wife of blogger-opposition leader Sergei Tikhanovski Svetlana, former MP Anna Konopacka, the leader of the campaign “Tell the truth” Andrei Dmitriev, the head of the party “Belarusian social-democratic Hramada,” Sergei Cereony and incumbent President Alexander Lukashenko.

Ex-banker Victor Babariko, considered one of the main opponents of Lukashenko and former head of the high technology Park (HTP), Valery Tsepkalo were registered as presidential candidates. CEC head Lidia Yermoshina (photo) read a letter from the SCC stating that Babariko directed laundering money of criminal group. Group Babariko intends to challenge this decision in court.

In addition, the staffs are not admitted to the election Victor Babariko and Valery Tsepkalo will work together with Svetlana Tikhanovski. They abandoned the boycott and called on Belarusians to vote on 9 August.

For the first time presidential elections are held in the absence of information about the electoral ratings of the participants . Independent sociology in the country, and government agencies do not publish data.

A number of online resources have conducted representative surveys of their visitors. Lukashenko they gained about 3%, very inferior and Babariko, and Tsepkalo. Power polls are banned, and opponents of the President made the figure of 3% meme.