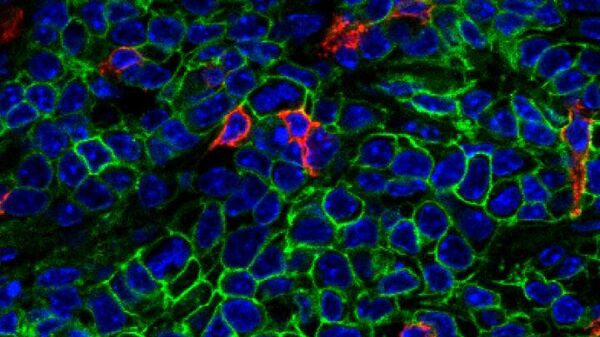 American biologists have discovered why dendritic cells, whose function is the detection of pathogens, sometimes ignore the cancer cells, allowing them to freely multiply. The study is published in the journal of Experimental Medicine.

The main function of dendritic cells, an important element of the immune system — the local immune surveillance. They discover once ingested antigens and deliver them to T-cells-killers. This process is called presentation.

The body usually begins to produce against foreign, potentially dangerous substances own antibodies. The same pattern should line up and immune protection of cancer cells, but this is not happening.

Scientists from a Laboratory in cold spring Harbor (CSHL) decided to find out why cancer dendritic cells do not perform their functions. The example was chosen for breast cancer.

The researchers found that cancer cells produce on their surface CCR2 protein, called the receptor cell surface. Receptors CCR2 inhibit the secretion signal required for cross-maturation of dendritic cells. Not cos they can’t do their job — to deliver fragments of cancer cells for presentation to T-killers. Thus cancer cells escape detection by the immune system that leads to a subtle and unimpeded tumor growth. 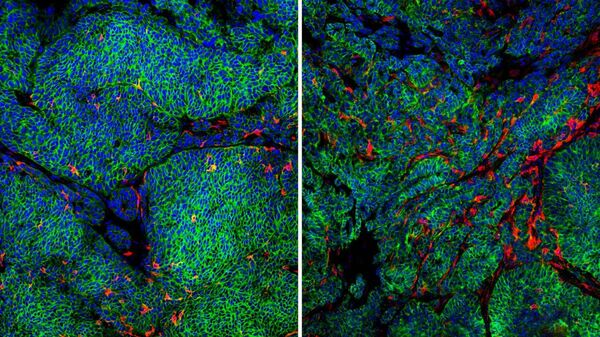 Such a mechanism was a complete surprise for scientists. The fact that the protein CCR2 is present in the immune cells, but there performs a very different function. Immune cells use it to move into the area of inflammation.

In 2012, the laboratory, headed by associate Professor of Mycale Egeblad (Mikala Egeblad), Director of the study, have shown that blocking CCR2 in immune cells may improve the ability of drugs to penetrate the tumor, but the mechanism of action of this receptor then biologists have not figured out.

Now drugs that block CCR2, are undergoing clinical trials as a treatment for cancer. The results of new research allow us to understand how cancer cells use CCR2 for the suppression of key proteins.

“Actually, nobody has delved into the mechanism of blocking CCR2 — presented in a press release the laboratory of the words of the first author Miriam FEIN (Fein Miriam). — This opens up new opportunities to create more effective drugs and methods of cancer treatment”.

Blocking the activity of CCR2 produced by cancer cells, according to the authors, will help the body to initiate its own immune response and to actively fight the tumor.