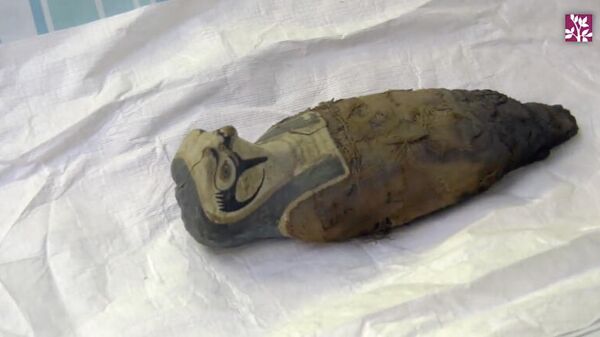 Mummy the size of a child aged about 3 thousand years, which for long time was part of the collection of the Israel national Maritime Museum in Haifa, was an imitation of dirt and grain, according to the Daily Mail newspaper.

It is reported that Egyptian sarcophagus in the form of the God Osiris with the “mummy” another small sarcophagus, of which about three thousand years, has long been part of Israel’s archaeological Museum, but the staff doubted the authenticity of the official record that they had mummified heart. It was assumed that in the sarcophagus of a larger size can be mummified child.

Sarcophagi were sent for examination, where they were studied by means of computer tomography. Mummy larger was the likeness of a person made of grain and dirt. In the sarcophagus of a smaller size in the form of the God of the sky and the sun the Mountain was discovered mummified bird, according to scientists, it was a Falcon.

“In ancient Egypt when the tomb was created for man, they ( the Egyptians ed.) was placed to certain artifacts, and even some animals along with the mummified remains. And birds in ancient Egypt played a very important role.. because it was believed that they are the defenders, they were often placed in tombs with the pharaohs,” said one of the scientists involved in the study, Marcia of Hewitt.

The scientists noted that they were very excited with the results and intend to continue the study.