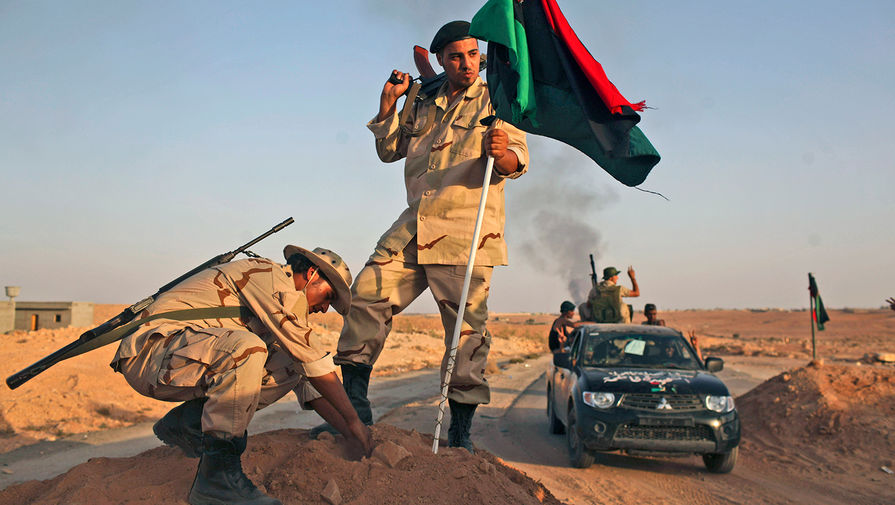 USA distanciruemsa from the conflict in Libya, leaving it to Europe, writes The Washington Post, citing officials of the state Department. That tendency was outlined at the end of the second term of Barack Obama, who declared the intervention in the African country of their main mistake. Today, active participation in the conflict in Washington would have serious worsening of relations with conditional allies.

US perceive the civil war in Libya as a “European problem”. This assessment of the long conflict had given an unnamed official of the US state Department, whose words are quoted by the edition of The Washington Post.

According to the diplomat, who requested anonymity, the problem of Libya is not in the list of the most important foreign policy issues. Nevertheless, Washington continues to monitor developments in the country and even undertake some efforts.

All the actions of the US are behind the scenes in character and aims to support a political settlement in Libya. This approach us diplomats described as “active neutrality”. Other policies from Washington in this case is unlikely, the source says WP, stressing that the situation in Libya remains “extremely challenging”.

“The United States is essentially out of the game. The Libyans are not able to make their own decisions, they are totally dependent on foreign entities”,

— leads the publication the words of one of the Western diplomats.

Now this description of Washington’s position is not surprising. However, nine years ago, when the United States started to intervene in the situation in Libya, the rhetoric of the American authorities was radically different.

Then, in 2011, when it was a military operation under the auspices of NATO, ex-US President Barack Obama said that some members of the international community can turn a blind eye to the atrocities occurring in other countries, but not USA.

“We can’t try to rebuild any country that is in crisis. That’s not leadership, it’s a guarantee that we’ll drown, we will shed the blood of Americans and to spend money that will ultimately weaken us. In this lesson of Vietnam, Iraq — we should have to learn up to the present moment,” Obama said in the annual address to Congress in the spring of 2016.

At the same time the us President admitted the NATO operation in Libya, his biggest mistake.

His successor and current head of the White house Donald trump has long demonstrated his commitment to the “error correction” predecessor. When it began a gradual withdrawal of American troops from the Middle East. Trump also evaluated for the US invasion to the region as “the worst decision”.

Now the U.S. leader believes that the middle East big should be the role of NATO, not Washington — with the thesis that trump played at the beginning of January. In the context of these statements, the US desire to shift responsibility for the situation in Libya looks natural.

The journalists of the Washington Post, assessing the policy of trump, have expressed concern that abandoning the action in Libya, the US “give Russia a platform to expand its influence in the Mediterranean”. Statements about Moscow’s intervention in the Libyan conflict from Washington are heard often enough, but in fact Russia, like the US, but rather takes a position of “active neutrality”.

Moscow maintains relations with all parties to the conflict without taking sides. Although Russian diplomats are paying serious attention to Libya, their efforts are aimed at creating conditions for mezhliviysky peaceful dialogue.

Major players in Libya at this stage are the middle East and European countries.

They support either controlling the Eastern part of the country, the Libyan national army (LNA) led by field Marshal Khalifa the Haftarot, or recognized by the UN, the Government of national consensus (NTC), headed by Faiz Barragem.

The NTC officially supports Turkey, which is directly involved in the conflict from January 2020, and also at an informal level — Qatar, the Sudan and Italy. On the side of the LNA and Khalifa the Haftarot of the likes of Egypt, Saudi Arabia, UAE, France and other countries.

Direct interference of the USA or Russia in the conflict on one side or another will inevitably exacerbate relations with the opposing group of States. On the ground of this opportunity even tried to use it. Thus, according to the Turkish Agency TRT World refers to the letter of UAE Ambassador to US Yousef al Otaiba to the us officials, the UAE lobbied for US involvement in the Libyan conflict, to push Washington and Ankara.

The document, which leads the Agency, said that Turkey continues provocations in the area of Sirte and deployed warships. He stressed that the Turkish side is trying to involve in the conflict of Egypt. According to the Agency, the intention of Washington in this situation remain unclear. The UAE Embassy in Washington has not commented on the Ambassador’s letter.

The interest of Egypt in the LDF is quite understandable. First, Cairo is concerned with the question of internal security: the NTC is actively supporting in the Russian Federation banned organization “Muslim brotherhood” (an organization banned in Russia), which Cairo was included in the list of terrorist organizations seven years ago.

With representatives of this movement the Egyptian authorities are not the best memories: at least a wave of protests and violence across the country after the overthrow of President Mohammed Mursi, the representative of the “Muslim Brothers” by the coup in 2013.

In addition, Libya is a neighbor of Egypt on the African continent: the fighting there affect the safety of the Egyptian territory as a whole.

In addition, as for other players, for Egypt an important economic aspect.

Libya remains the country with the largest oil reserves in Africa. Protracted conflict has downgraded its production, but the reserves are not affected.

In turn, Ankara is pursuing in Africa’s own interests, in particular, wanting to access the continental shelf in the Mediterranean sea with the help of PNS. In addition, Turkey supports the “Muslim brotherhood”, and in General certain claims on Libya fit into the informally conducted by Ankara’s policy of neo-Ottomanism, the aim is to increase Turkish influence in the territories of the former Ottoman Empire.

Turkey is hardly going to retreat from its interests in Libya. Ankara during the reign of Muammar Gaddafi has invested heavily in the country and obviously wants to recoup the money spent.

At the beginning of the Egyptian campaign in Libya to it, probably will join the regional allies of Cairo, Riyadh and Abu Dhabi. On Turkey’s side will play Qatar in particular because of its ideological support “Muslim Brothers”.

So, enough of the protracted Libyan conflict is likely to receive a new development, in General, raising tensions in the region. In this context, the United States ‘ desire to distance themselves from what is happening in Libya is understandable.