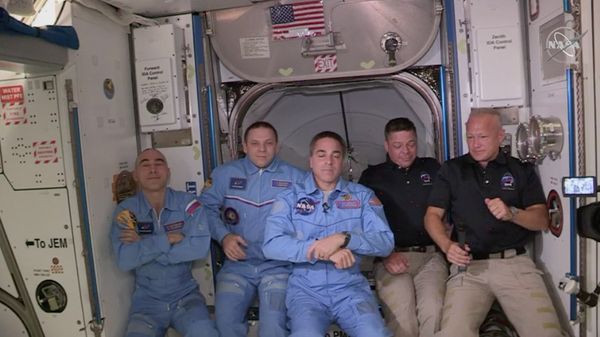 “Plan on August 1 the departure of the ship owned by SpaceX Endeavor with ISS astronauts Bob (the Behnken) and Doug (Hurley) after their historic mission. Splashdown is scheduled for 2 August,” wrote Breidenstein on Twitter. He noted that plans could change depending on weather conditions.

Crew Dragon launched the first manned flight in late may. The spacecraft delivered in orbit, astronauts Doug Hurley and Robert Behnken. Earlier it was reported that their mission, the first independent manned mission of the U.S. in 2011, may take about three months to ensure the presence of a full crew on orbit.

Technology SpaceX, Crew Dragon capsule with crew landing on the water, so weather conditions are extremely important as during startup of the vehicle (in case of emergency landing), and during its return from orbit.