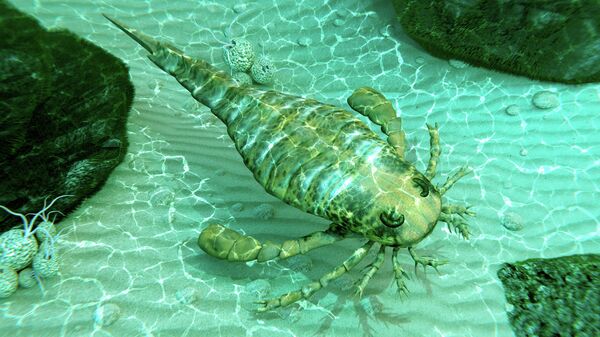 Vladislav Strekopytov. Four hundred million years ago the Earth was infested with six-foot marine Scorpions — the largest aquatic predators. Their arachnid relatives conquered land. To compete with the army of arthropods could only carnivorous bony fish. What ended the confrontation — in the material RIA Novosti.

At the beginning of the Paleozoic geological era, which started 541 million years ago, the first organisms with external skeletons mineral: shellfish with their shells and arthropods with a chitinous carapace. Life then was concentrated in warm seas, on land there was only mushrooms, lichens and the first land plants.

Among the sea creatures in the beginning were dominated by trilobites — extinct class of arthropods, similar to modern horseshoe crabs. And about 450 million years ago, in the Silurian and succeeded him Devonian period of the Paleozoic era, were the main arthropods of the squad Eurypterida — eurypterida, or as they are called, merostomes. 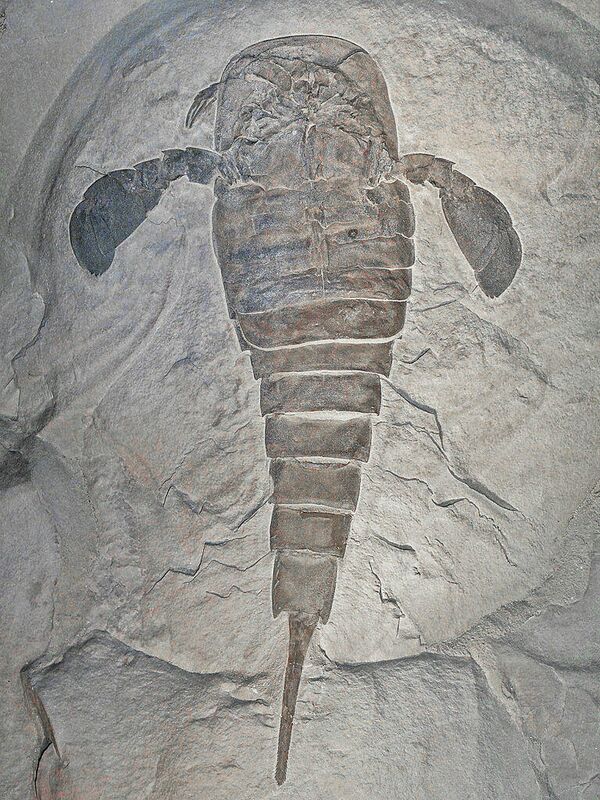 In a short time they filled the coastal zone of the seas and oceans of the planet — areas where a lot of sun and food. Paleontologists have described more than 250 species, and the list is regularly updated. The latest find — reconocio Soligorskopterus shpinevi, discovered in the Devonian deposits of the Mikhailovsky iron ore quarry in the Kursk region.

Numerous fossils of ancient arthropods regularly find in North America and Europe. And recently, Australian paleontologists have published an article that summarized all the information on eurypterida Australia, in the Paleozoic era, which was part of the supercontinent Gondwana.

The size of most sea Scorpions did not exceed twenty centimeters, but some species were huge. For example, Jaekelopterus rhenaniae, the largest animals on Earth at that time — two and a half meters in length. In the food chain of ancient oceans, they occupied the same place that is today the great white shark.

The chitinous shell of arthropods are divided into segments, from which grow limbs. The centipedes all of them are for movement. With a rodent in another way- their legs had different functions.

Medium, undercarriage, they started from the bottom, they have also broken shells caught victims.

The huge exposed front limbs with claws and claws, like modern, crabs and Scorpions, they are grabbing prey — fish, and small arthropods. From Jaekelopterus rhenaniae claws was up to 46 inches in length.

Giants rhenaniae Jaekelopterus and Pterygotus, according to scientists, weighed not much — the outer shell they were thin and soft. So they are free and very fast moving water, saving energy on respiration and molting. And the enemies did not threaten them.

But among the giant rodent was caught and heavyweights. The massive, Hibbertopterus, with a compact, stable body, reaches a length of two metres, and probably was not a good swimmer — more crawled along the bottom, “sweeping away” food.

Recently, scientists found that the giant rodent was difficult built eyes with stereoscopic vision. Due to this, eurypterida precisely estimated distances.

Powerful claws, hooks to capture prey, an efficient visual system — according to experts, ancient arthropods had the perfect for hunters equipment.

Masters of the planet

There is speculation that the gigantism of ancient sea Scorpions — a consequence of high levels of oxygen in the atmosphere in the middle of the Paleozoic. But, as found by paleoclimatology six-foot-two species appeared much earlier.

According to another hypothesis, arthropods at the turn of the Silurian and Devonian dramatically increased as a result of competition with the first predatory vertebrates — bony fish. The weak point of this theory is that along with the giants quietly existed numerous small eurypterida. In addition, the first fish is unlikely to represent a danger to the monsters with two-foot claws.

Most scientists adhere to the opposite point of view: arthropods have no competitors, they completely dominated the planet, and no one prevented them to grow to enormous size. 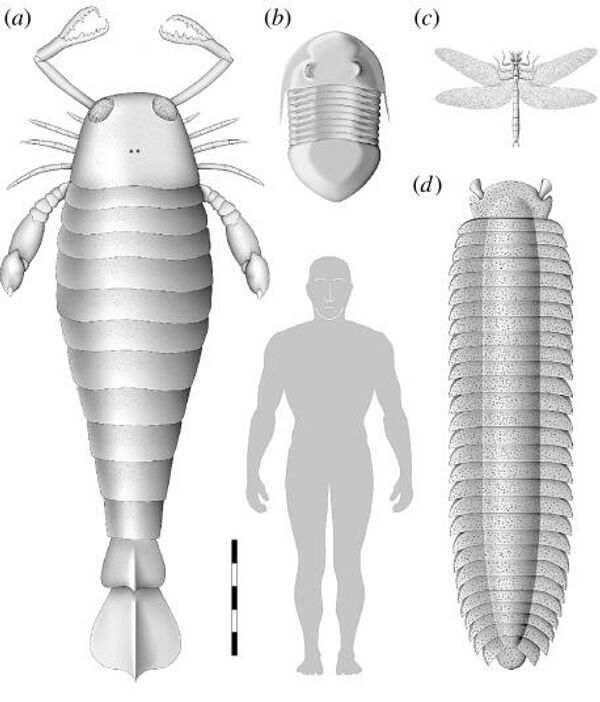 Although one of the names of eurypterid sea Scorpions, sea dwellers, they can be called only conditionally. Judging by the body shape and functional requirements of the segments they lived rather in shallow waters in the coastal zone.

Recently, American scientists have discovered a previously unknown species of Paleozoic Scorpions, respiratory and blood system which are virtually identical to the modern ground. Researchers believe that this gave them the ability to live both on land and in the sea, like modern horseshoe crabs — those are mostly in the water, but for a short time go ashore.

The size of the first land of the Scorpion — about two and a half inches, has two big claws and a tail with a sharp end, as in modern relatives. The new species was named Parioscorpio venator. His age was 437 million years old. And it is the oldest known animal that can live on land.

From a giant of a rodent on the land first came Hibbertopterus 330 million years ago. Trail of telson — tail spike — found in the sediments of the Carboniferous age in Scotland. Scientists suggest that by this time, the predator already has got a dual respiratory system.

Merostomes then existed a hundred million years, and arthropods, and is now the most numerous group of organisms. To it belong two-thirds of all species on Earth.