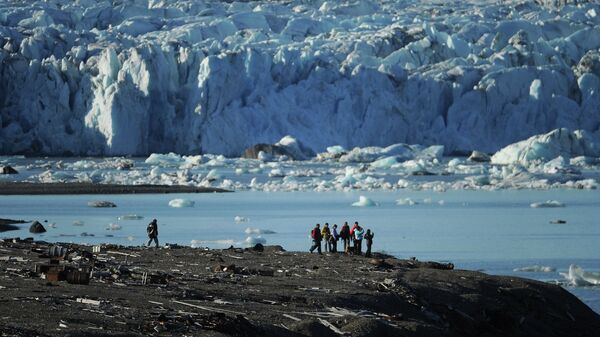 Russian schoolchildren have discovered a new island in the Arctic, said Russian geographical society on its website.

Eight members of the project group “Risksat” from Troitsk, Tula, Venev, Dedovsk, Gatchina, St.-Petersburg and Yakutsk made the discovery while processing satellite imagery.

The island was created on 9 July, following the destruction of the ice jumpers, connecting the Northern island of the Novaya Zemlya archipelago with the retreating glacier Vilkitsky South.

“It’s no secret that the Arctic is getting warmer, glaciers are retreating and in their place is found drying. The guys opened albeit small, but nevertheless real island, which should be marked on nautical charts,” said chief of staff of the Northern fleet, Colonel Sergey Churkin.

The area of the new island is 5.6 hectares, the height along with the remaining ice cover is 27 meters.

In the fall he plans to investigate the group of the Russian geographical society and the Northern fleet.