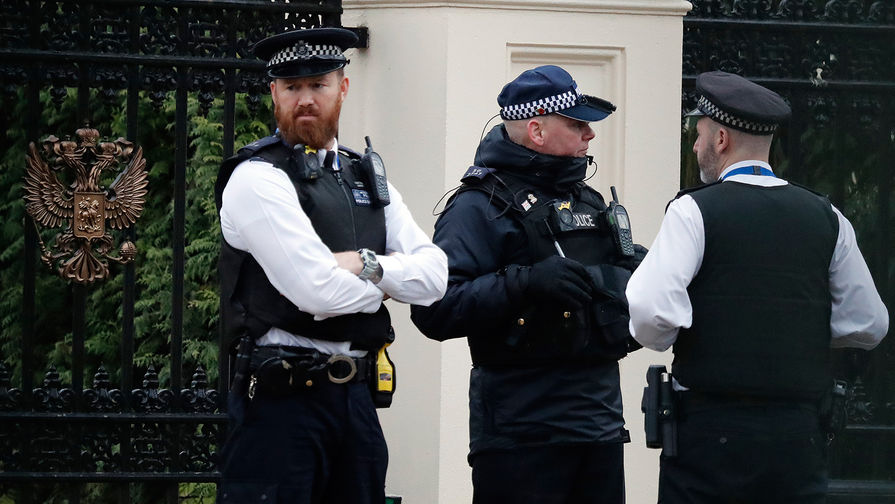 The UK government is considering tougher security laws after the publication of the report on “intervention” of Russia, after which the address Downing street was accused of ignoring the “Russian threat”. So, according to British media, the Cabinet intends to establish a register of foreign agents, such as those that are in the USA and Australia. However, London insists that the evidence of Russian intervention in the referendum on Brexit has not been presented.

After the publication of the report of the British parliamentary intelligence Committee about the attempts to interfere in the internal life of the United Kingdom Prime Minister Boris Johnson plans to give intelligence agencies more power. About it reports The Times.

The reason for the changes was the statement of the report “Russia” that the UK government turned a blind eye to the activities of Russian intelligence services in the country.

The report was published yesterday, although Prime Minister got acquainted with him in October last year. However, the publication of the document has been repeatedly postponed amid claims by the opposition that the government is trying to “hide” the insights contained in the report.

Among outbound from Moscow threats are listed misinformation, cyber attacks, the Russians who moved to the UK and taking an active part in the life of the country, as well as a PR firm. Another main message of the report was the idea that the government has not taken responsibility for solving these problems.

The document criticized the British security services because they selected “extremely cautious approach” to the problem, and the government “directly escaped” investigations of “interference” in the internal life of the country.

So, the report quoted the former head of MI5, Andrew Parker, who claims that foreign agents to operate with impunity in the UK because of outdated security laws. Under current law, citizens of other countries are not prosecuted unless they received or gave a state secret.

“Today to be a secret agent of the Russian intelligence services in the UK is not a crime — he said. — If you don’t have devastating secrets and not pass them to their owners”.

The official secrets act is largely based on the provisions introduced during the First world war — in the report it is called “the dusty and largely ineffective.”

In addition, the text of the document it is reported that successive governments welcomed the Russian oligarchs and their money “with open arms”, which makes Russian influence “new norm”. Speaking about money flows from Russia to the UK, the report called London’s “Laundry” for Russian oligarchs.

“Money was also invested in the extension of patronage and the growing influence on the broad scope of the British establishment — PR-companies, charities, political interests, academic and cultural institutions have been the beneficiaries of Russian money, contributing to the process of “laundering the reputation”, — the report says.

The thesis set out in the report, was picked up by British opposition.

“What we can say, however, in 2014, and the report confirms this — the government simply took no action. It has not taken any action and partly because I didn’t want to look at it, but also because of the chronic failure in strategic leadership. There was not one Minister or one government Department responsible for the protection of our democracy and of our democratic discourse, and this definitely must change”, — quotes The Times of the MP from the labour party nick Thomas-Smanda.

Yesterday, after the publication of the report, the British Parliament held a fierce debate on the issue of intelligence and the mistakes that allowed the government in this direction.

The government also refused initiatives investigate the potential influence of Russia on the 2016 referendum on the UK’s exit from the European Union, as evidence supporting this fact was not given. Of course, the government of skeptics, headed by Boris Johnson, who persistently acts in the direction of a full withdrawal from the EU, is not on hand whatever way to raise such issues to the surface.

“People in this country voted for Brexit is not because of Russian pressure, but because they wanted to regain control,” said Johnson.

And although Downing street said that the evidence of successful intervention in the referendum on Brexit has not been given, the government, however, plans to promote new legislation on the struggle against espionage.

Downing street has confirmed that Britain will start its own registry of foreign agents such as those that operate in the US or Australia where the person representing the interests of foreign powers must register with the Ministry of justice and to submit periodically reports on its activities.

Those who will not comply with the requirements, waiting for deportation or imprisonment. The Minister of transport Grant Shapps told Sky News that this will be the first step in the struggle against espionage.

However, as informs “bi-Bi-si”, the specific bill in this direction yet.