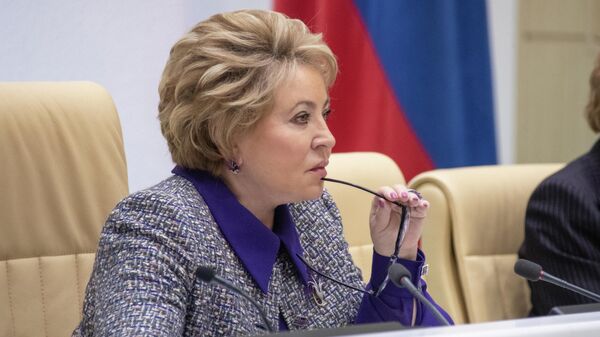 Russia has never interfered and will not interfere in the American election, who chooses the voters in the USA so our country and will try to build relations, said the Federation Council speaker Valentina Matvienko at the final press briefing on Thursday.

“We have never interfered and will not interfere in elections. Who will choose the American people, we will try to build relations, as a responsible member of the international community,” she said.

The Senator also recalled that all the accusations about the alleged Russian interference in the electoral process in the United States “has burst like a soap bubble”, however, these allegations resulted in negative actions against Russia, including sanctions.

Matvienko also noted that our country is not as influential to “influence the elections of the presidents of other countries.”

“These charges are not serious”, – concluded the speaker.