People’s Republic of China successfully launched its first probe “Tangwani-1” (“Questions to heaven — 1”) on Mars. The carrier rocket “Changzheng-5” (“Great trip — 5”) was launched from the spaceport in Wenchang on Hainan island. It is expected that the device will land on Mars in February 2021. 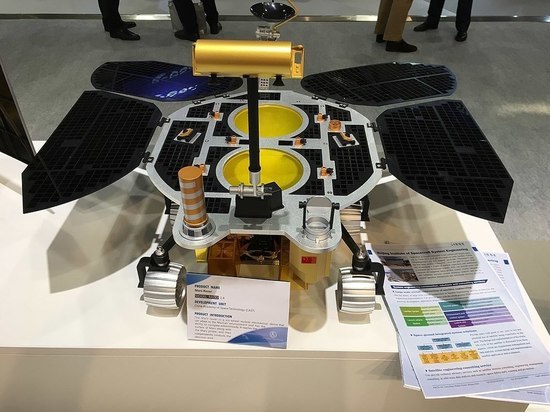 The main objective of the Chinese mission to detect signs of life on Mars, and find out whether it can become for humanity a second home. The study of the red planet will take approximately 90 days, BBC reports.

We know that the unit is named after the eponymous poem “Questions to heaven” Chinese lyric poet qu Yuan, who lived in the IV century BC According to the authors of the mission, this piece symbolizes the desire of China to the study of nature and the universe.

According to the mission plan of the PRC, the probe for two to three months will stay in orbit around Mars, photographing the surface and conducting the necessary measurements. Only after that he will land on the planet itself.

As expected, the probe will land on the so-called plain of Utopia in the Northern hemisphere of the red planet and using the Rover begin to explore the Geology of the area.

Such wait-and-see strategy was successfully applied in the American missions “Viking 1” and “Viking-2” in the 1970s, It allowed engineers to assess atmospheric conditions on the red planet before trying to make a dangerous descent.

The chief of the spaceport on Hainan Zhang Suey reported techniques triumphant Mars mission, the launch was held according to plan.

“According to aerospace control center, the flight of the rocket-carrier “Changzheng-5″ is on track, and a probe to Mars just went into orbit, – he said. Now, I am announcing the successful launch of the first Chinese mission to Mars exploration”.

“Tangwani-1” consists of an Orbiter and a landing platform with fixed on it šestikolesnym Rover. It weighs more than 200 kg, and the energy produced by solar panels. Outwardly it resembles the us NASA Mars Rovers “Spirit” (“Spirit”) and Opportunity (“opportunity”) that in the early 2000s, worked on the surface of Mars.

In addition, the device is equipped with two cameras with a resolution of two meters and special tools to find deposits of water or ice and the analysis of the composition of the soil. Moreover, the Rover will relay signals between Earth and spacecraft in the red planet’s surface.

However, the study of the surface of Mars is actually the only part of the Chinese mission. The study of the planet will also be conducted in parallel with orbit using seven instruments for remote sensing.

With the successful start of the carrier rocket “chanchzhen-5” Chinese congratulated the head of NASA, James Breidenstein, stressing that after this launch, China has come nearer to enter the community of international researchers of the red planet.

Recall that recently, on July 20, your space probe on Mars sent by the United Arab Emirates successfully, marking the first interplanetary mission of the Arab world. Originally the launch was planned on July 14, but due to unfavorable weather it has been postponed twice. The main purpose of the mission of UAE is to study the Martian atmosphere and climate. It is expected that by the autumn of this year its probe to the Red planet, sent the United States.