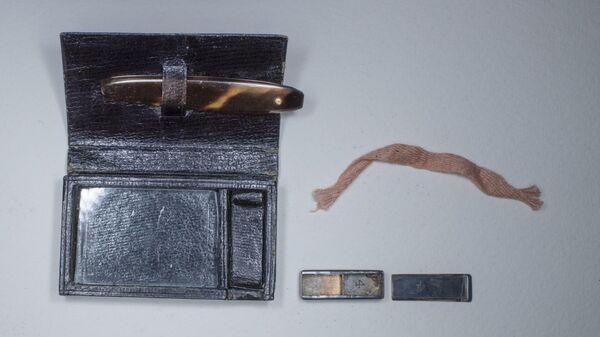 Scientists identified the virus strains used for the smallpox vaccine during the civil war, and reconstruct their genomes. The study is published in the journal Genome Biology.

Biologists and historians from the canadian McMaster University, the University of Sydney in Australia and the Museum of medical history mutter in Philadelphia in the United States collected the genetic material of the sets of vaccination, middle and end of the XIX century, preserved in the Museum of mutter.

It is known that at this time, smallpox in the U.S. was eliminated and the researchers decided to find out what the strains were as effective.

“Understanding the history, evolution and ways in which these viruses were functioning as vaccines, are extremely important in our time” — are in the press release words of the head of research, evolutionary genetics of Poinar Hendrik (Hendrik Poinar), Director of the ancient DNA Centre of McMaster University where the work was done.

Smallpox was one of the most destructive viral diseases that ever struck mankind. She killed three out of every ten infected people. Those who survived were often left disabled, blind or disfigured.

In 1980, after a concerted global effort of vaccination, smallpox was officially eradicated worldwide. The world health organization in connection with the 40th anniversary celebrated the event as the most successful vaccination campaign in history.

“The successful eradication of smallpox through vaccination shows the crucial importance that this practice has had in the history of mankind,” said first author Ana Duggan (Duggan Ana), a graduate of McMaster University and a member of the public health Agency of Canada.

The concept of vaccination dates back to 1796, when English physician Edward Jenner noticed that the infection is a mild form of smallpox carried by cows, protect the cows from more serious infection.

It is known that initially, the people planted that is the vaccinia virus, however, some strains used later when they managed to eliminate smallpox in the United States, until recently, was unknown.

The researchers analyzed five stored in the Museum kits for vaccination comprising lancets, small glass plate for mixing vaccine and tin boxes, which were kept in an infected scab.

Reconstruction of genome fragments of virus extracted from the sets by using methods of nondestructive analysis of biological samples, allowed us to determine that in 1860-70-ies practitioners in Philadelphia still used strain of vaccinia virus, which was introduced by applying pus or scabs from a scrape or cut in the skin.

The authors note that in order to develop immunity, vaccine strain should be close from an evolutionary point of view, to the fact that the disease causes. Here, the strains of vaccinia used for vaccination, were very far from the virus that causes smallpox, and however, the patients formed the immune system. The researchers explain this very low frequency of mutations of the virus an orthopoxvirus genus, which includes both smallpox — cow and human.

“The results indicate the importance of studying the diversity of vaccine strains detected in the wild. We still don’t know which of them could provide cross-protection against a wide range of viruses, such as influenza or coronaviruses,” says Poinar.

The authors note that the exhibits in medical museums can store a lot of interesting information and they need to gain greater knowledge through modern analytical techniques.