The brutality and primitiveness, simplicity and nature are the characteristic features of Loft style in the interior. Echoes of industrial design, simple beat for home use come in a variety of subjects. Today this wall clock.

Simple, at first glance, even primitive. But do not be deceived, they are made soundly and qualitatively, with love and knowledge of the business. Are used only natural materials – wood, metal and…quartz clock mechanism (you’d be surprised, but such doing and in Switzerland). 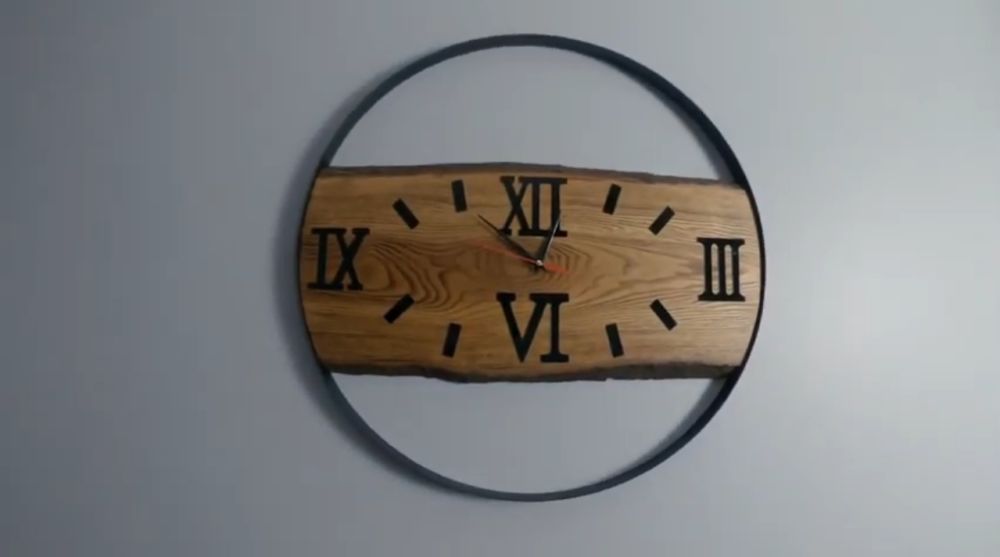 Step by step process of making a clock in the loft

The basic form of our fashionable watches specifies the circumference of the metal plate. It cut grinder from the Bay, forming and weld in the right circle, and after we clean from rust. 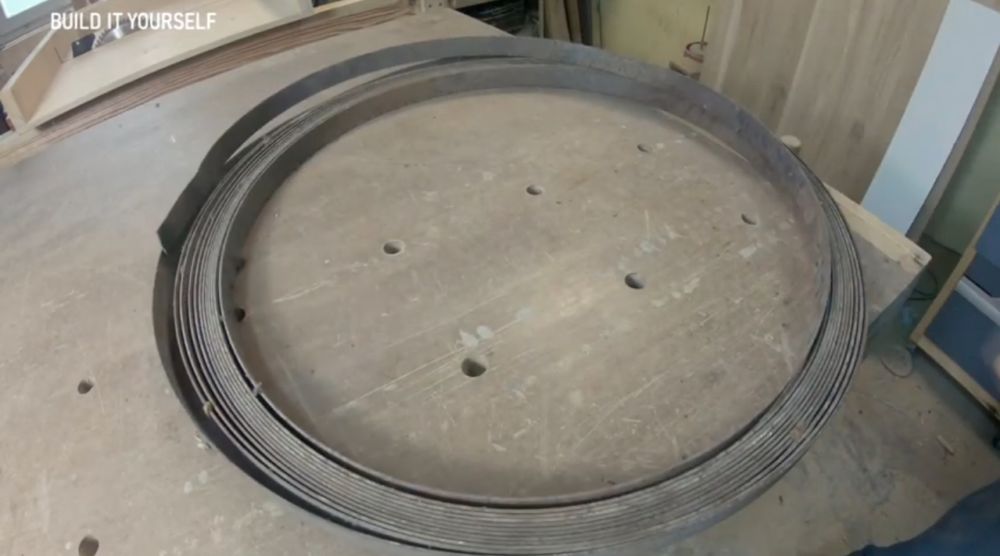 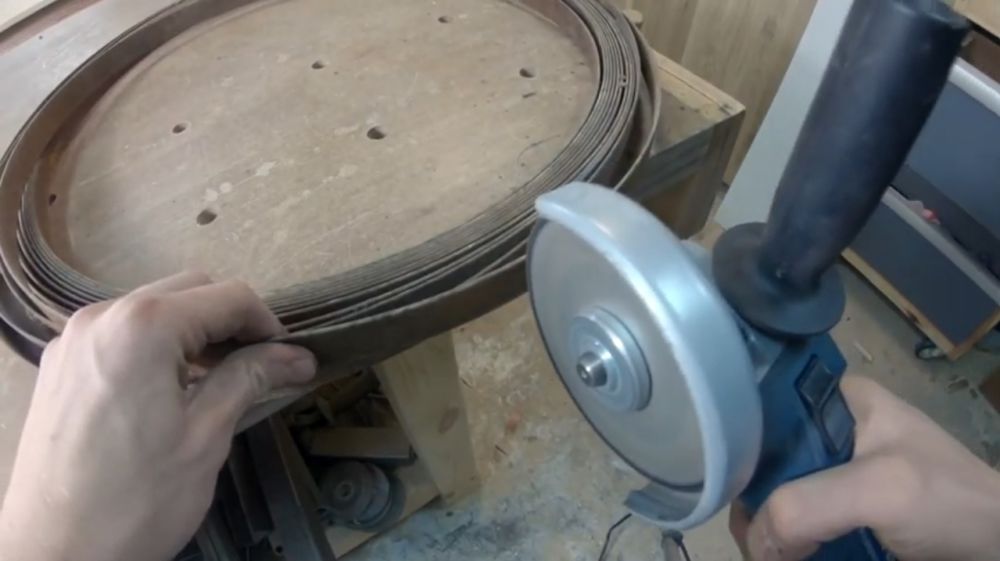 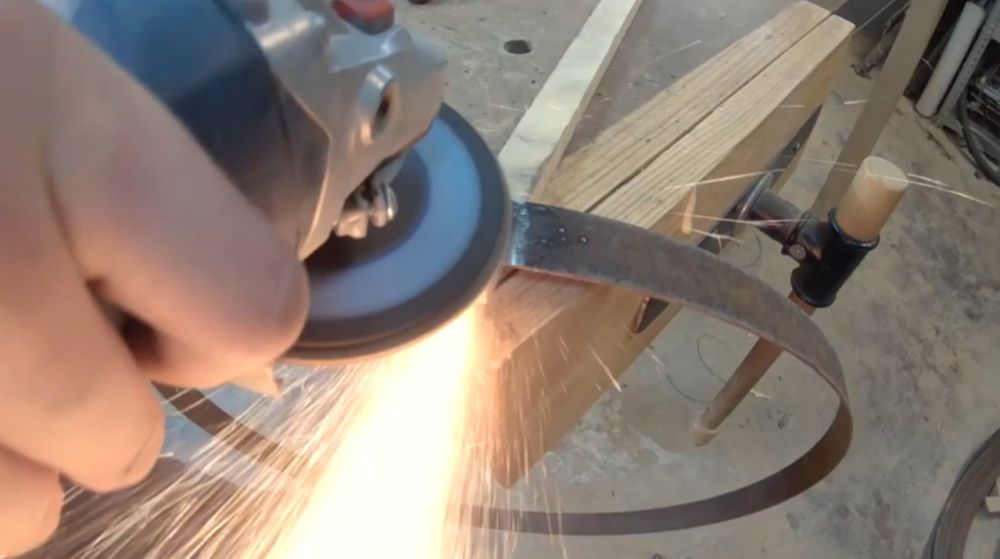 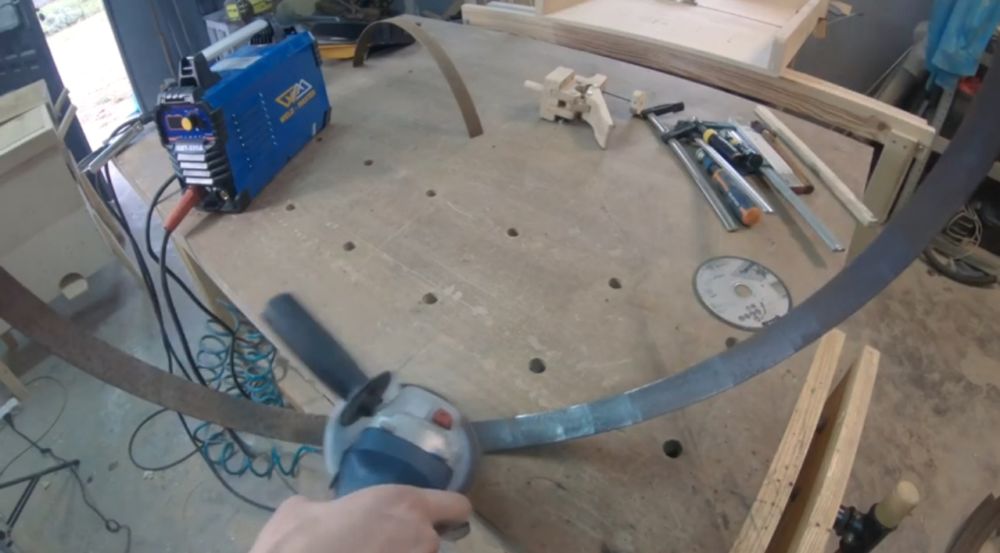 Put the circle of the band on the Board so that its center coincides with the center of the circle. Fix the metal clamps and draw the boundaries for sawing. Jigsaw cut the Board along the contour. 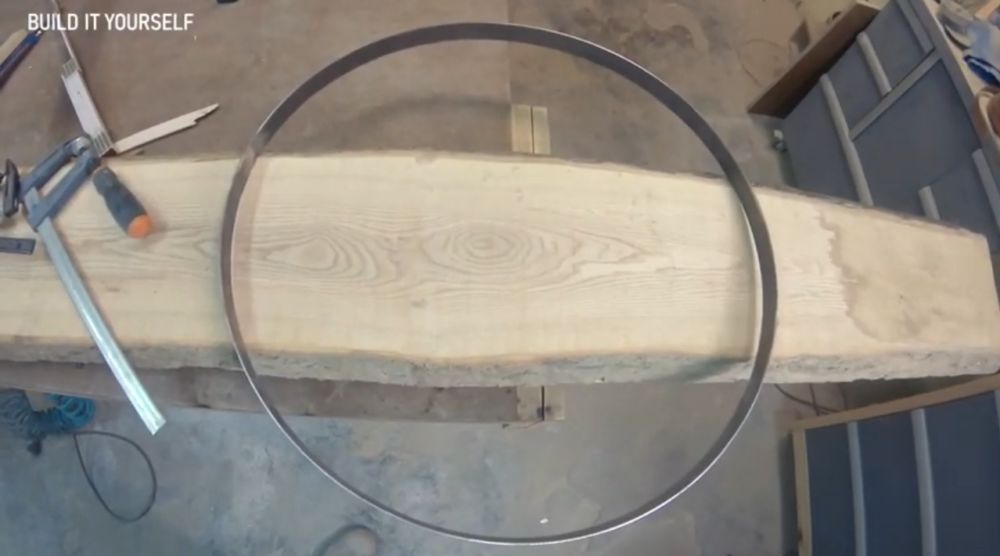 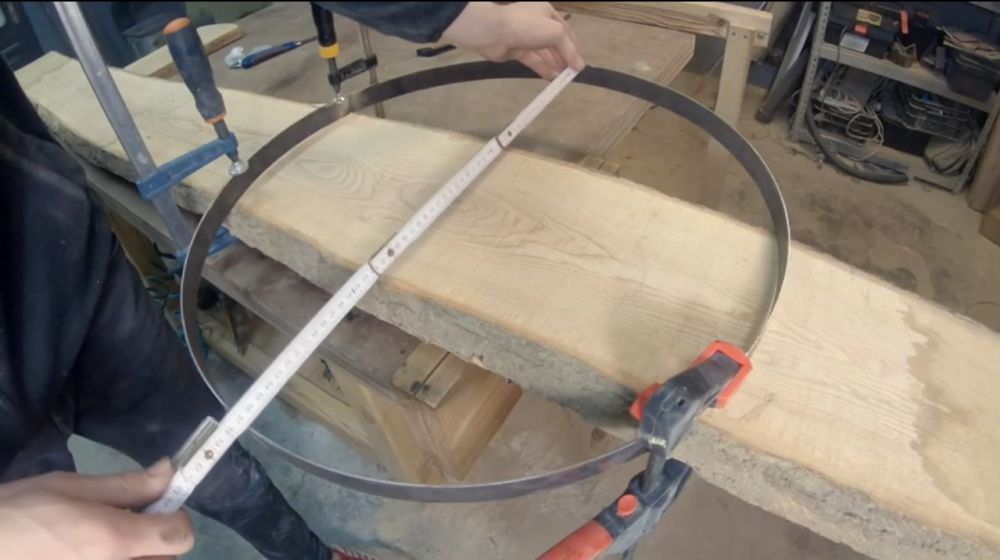 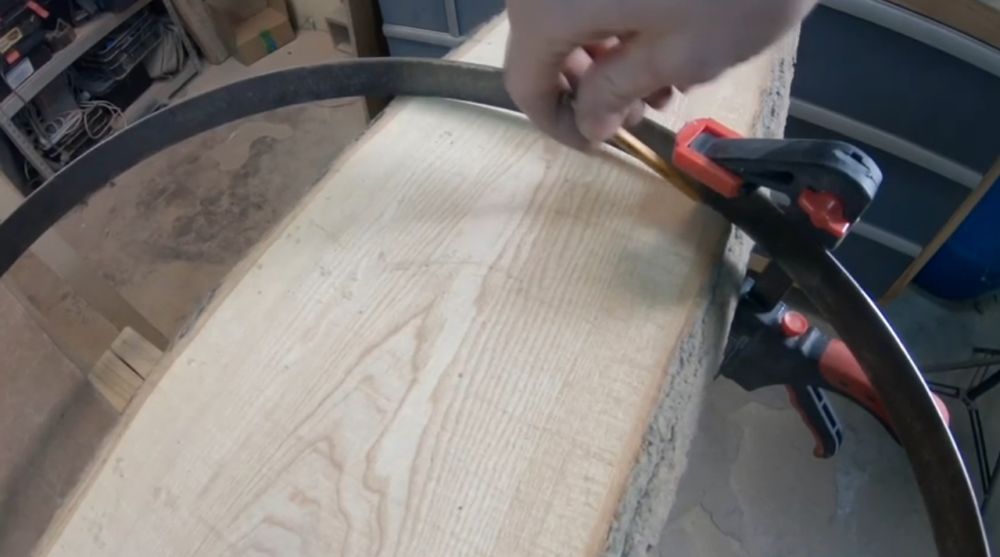 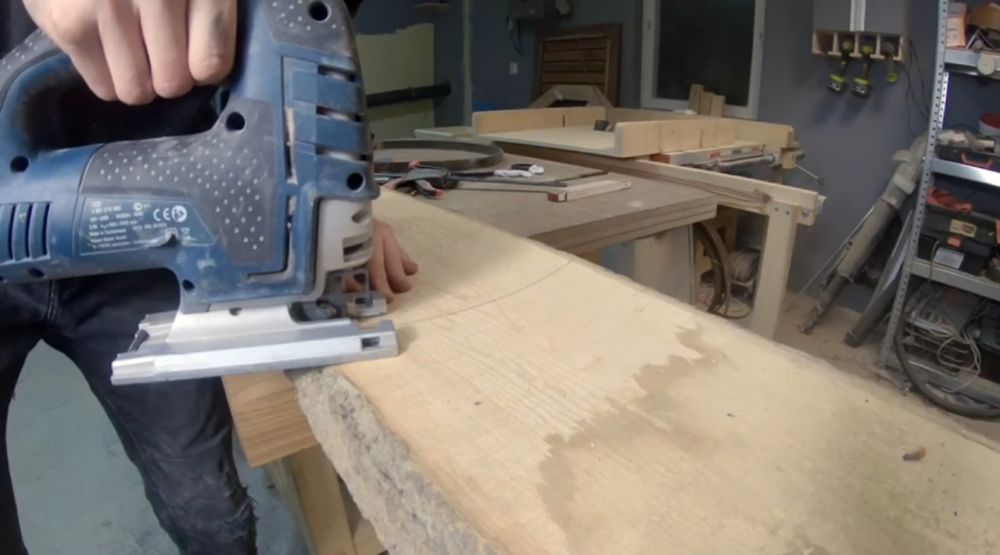 On a planer (the planer) treated Board, exactly in its plane, but leaving untouched fins with Absalom (bark). 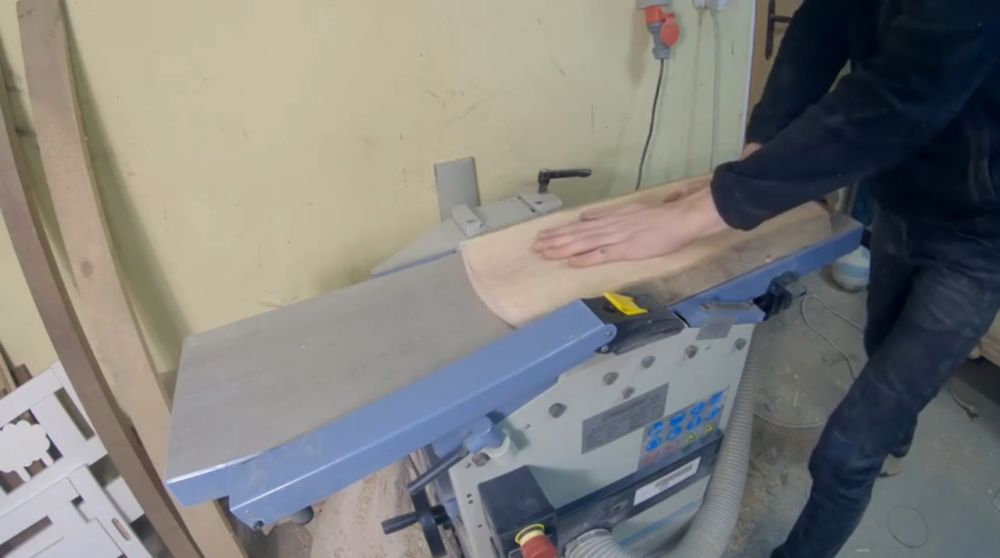 Belt grinder processed the ends of the boards after sawing, adjusting them for the circumference of the band. 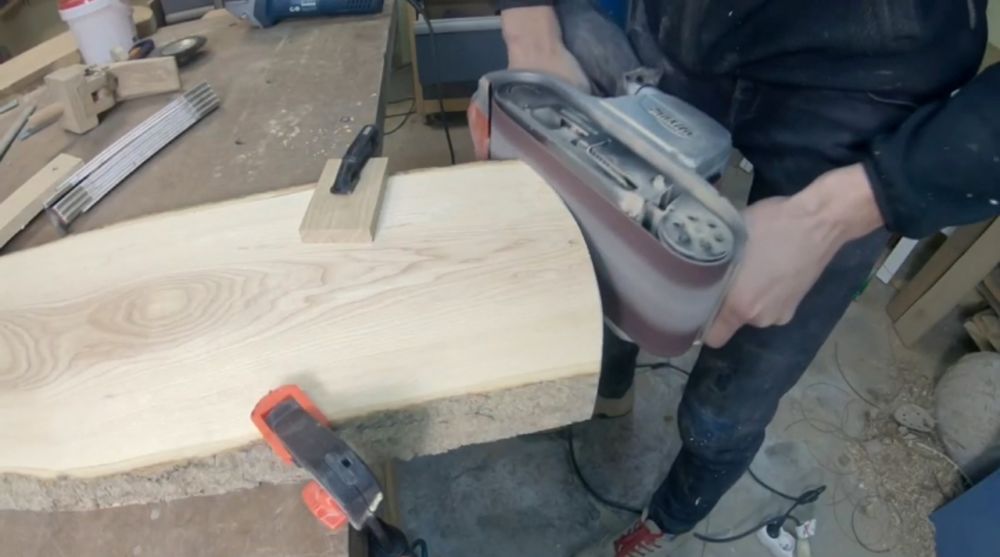 At the center of the Board drill a hole under the axis of the movement. Sheet metal or strips cut six small pieces for fastening boards on the lane. Drill them for the screws with potem. 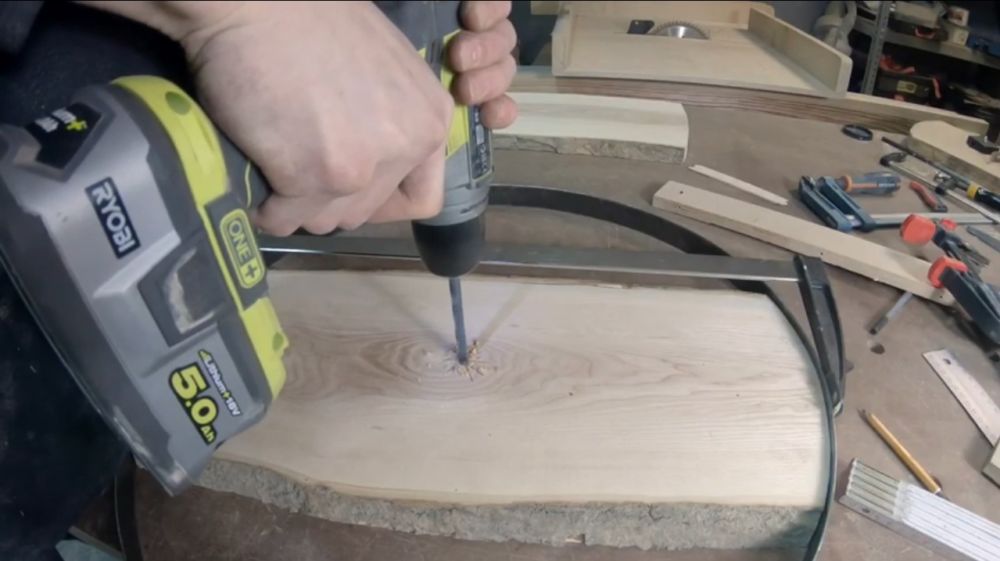 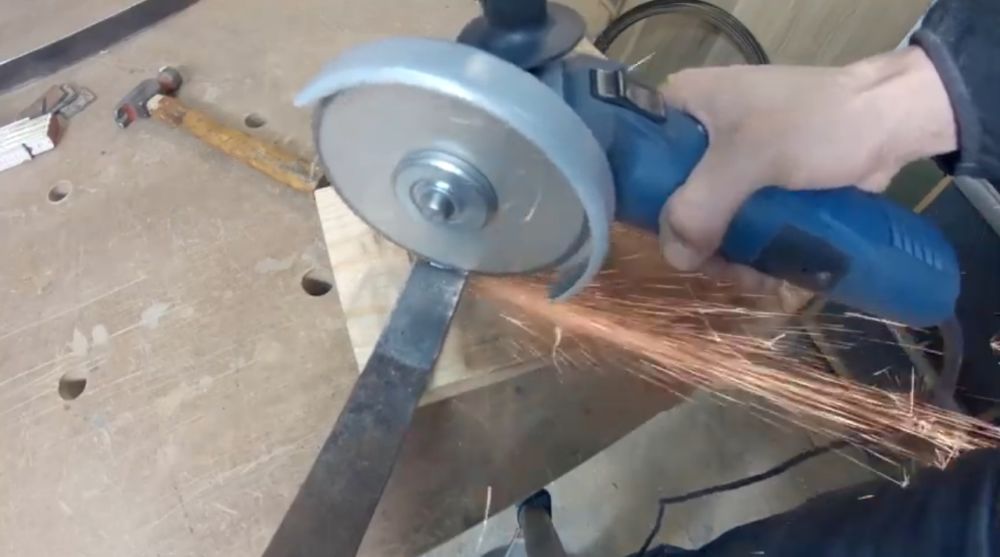 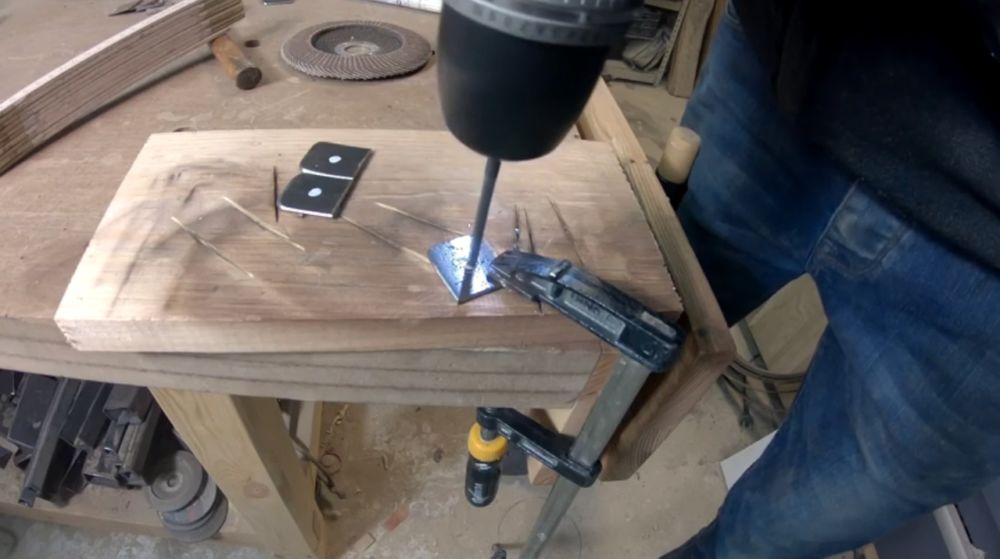 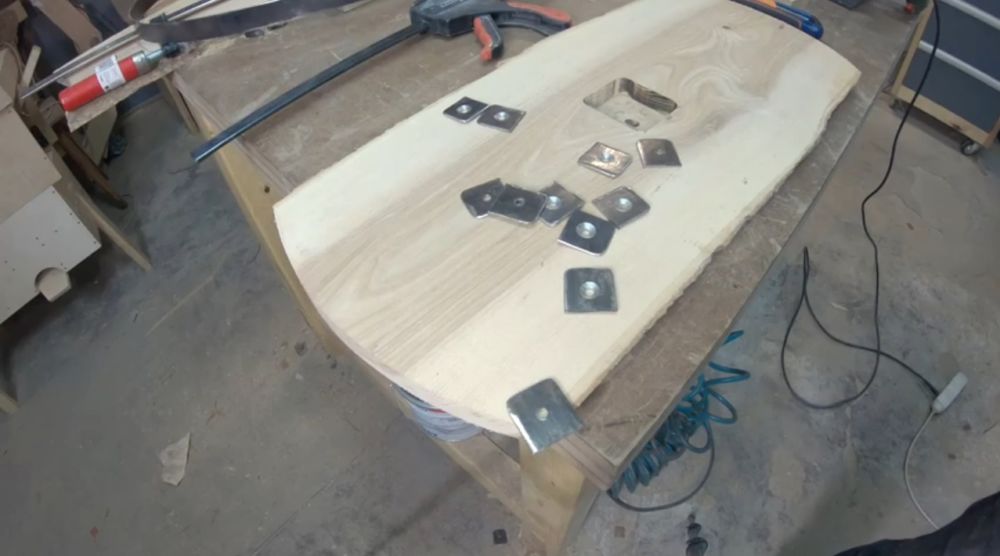 Describe the contour of the watch mechanism, and a hand router on the back side of the Board cut under it a hole. This needs to be done to the axis of the arrow reach the front surface of the Board. 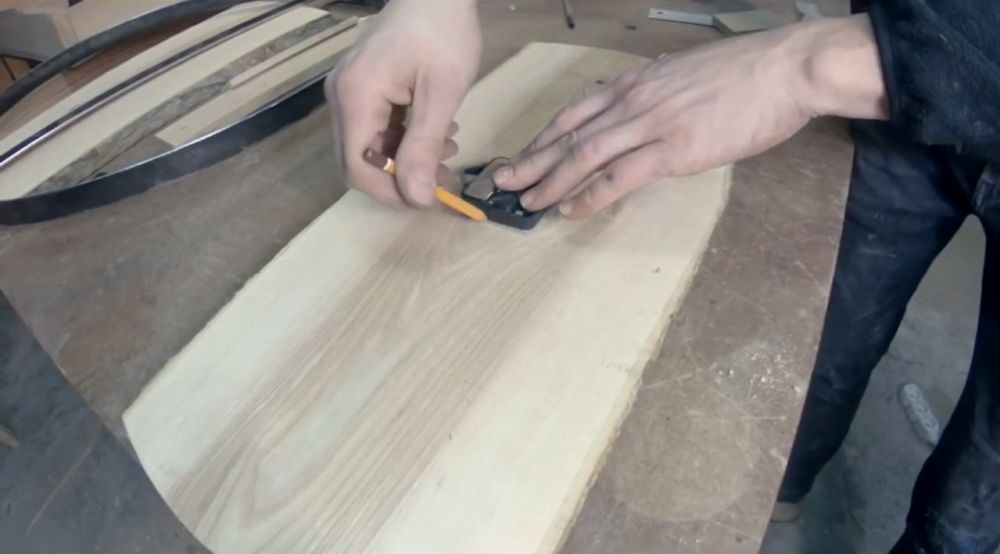 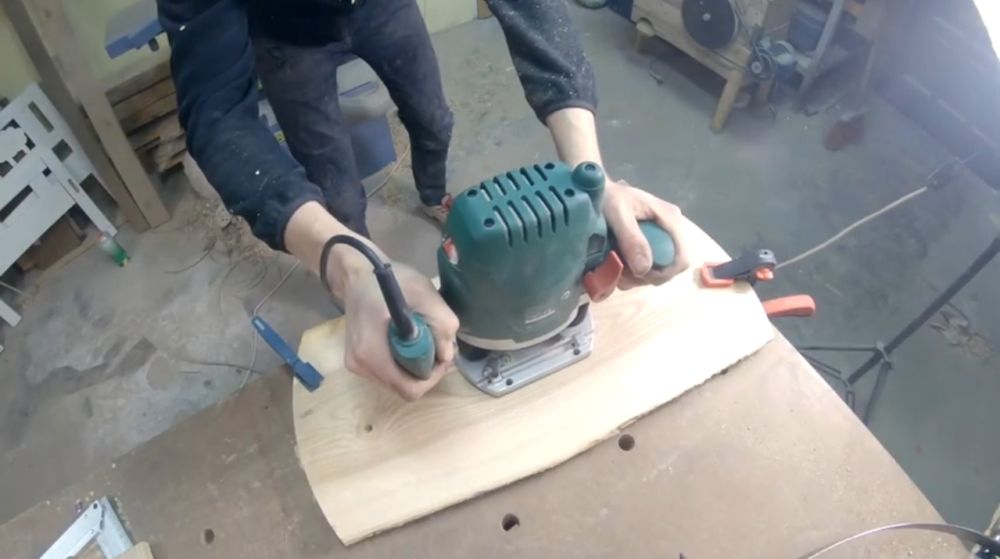 Plate fasteners welded to the metal circle and trimmed the seams. 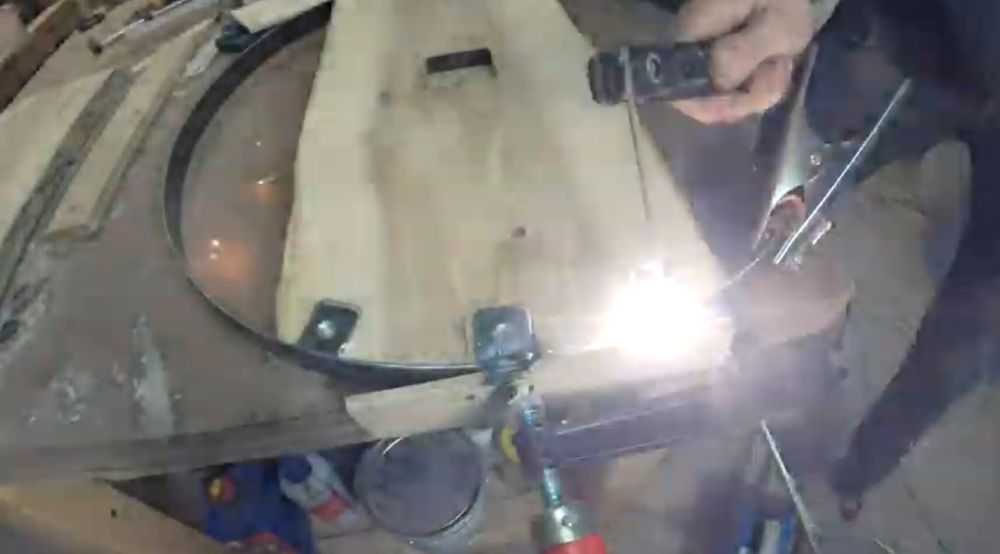 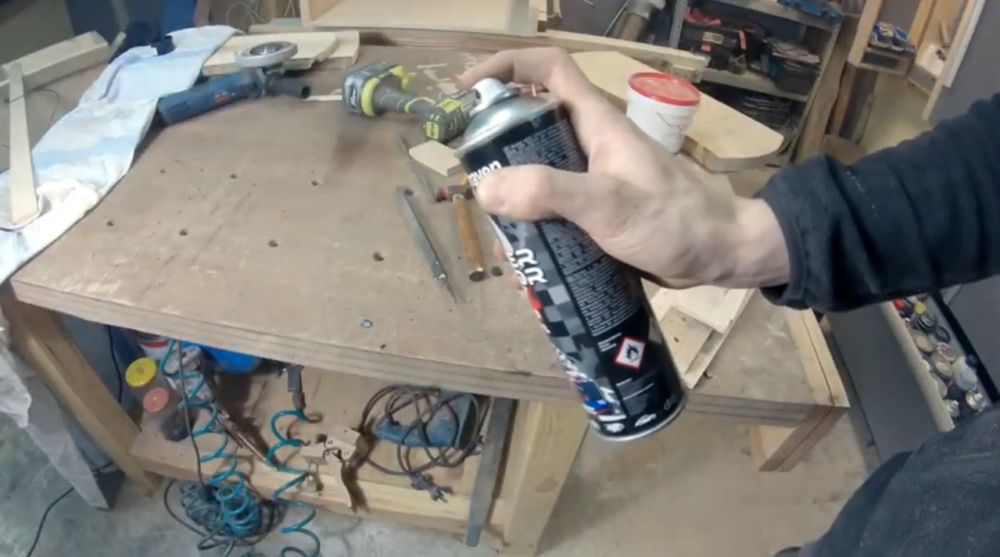 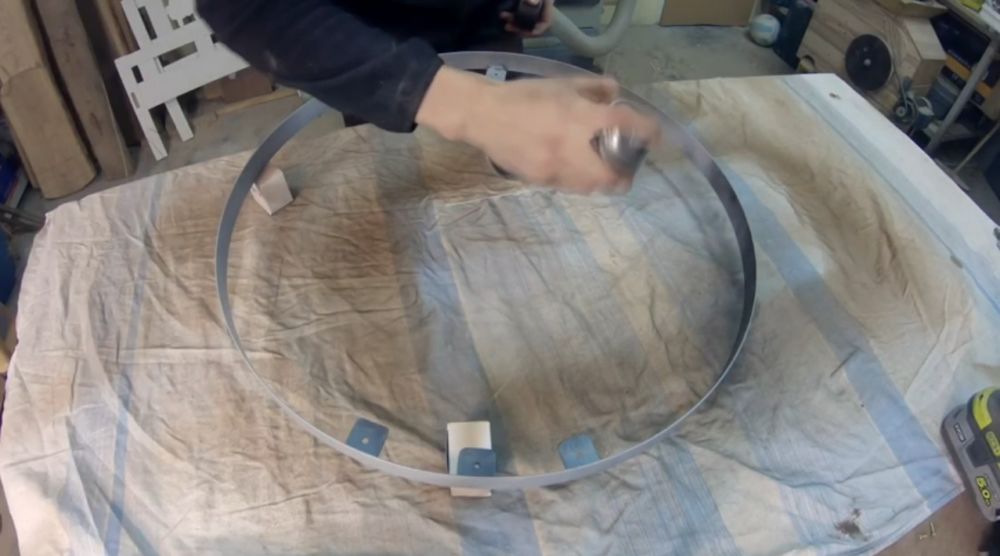 Board sanding vibrating sander or fine sandpaper. Next, cover the stain, impregnation or lacquer. 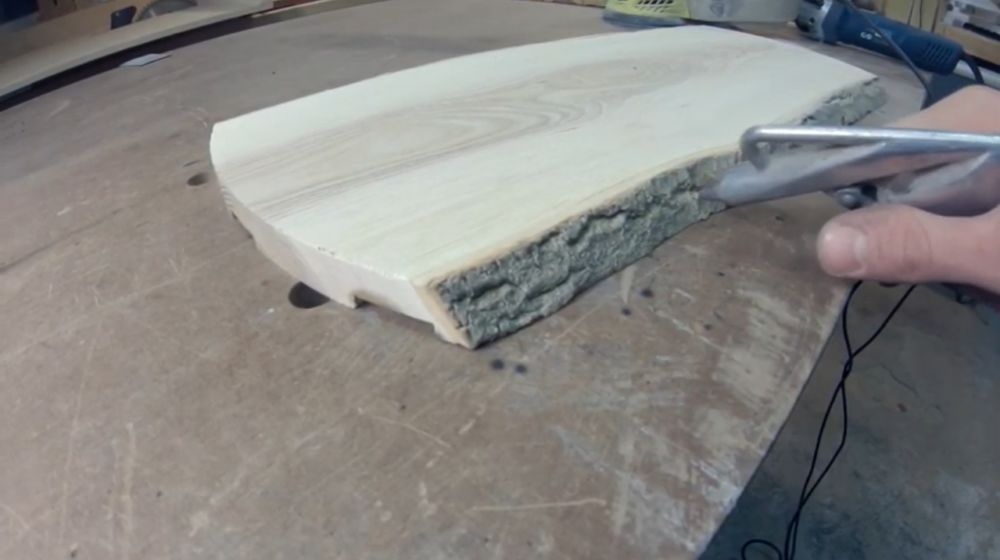 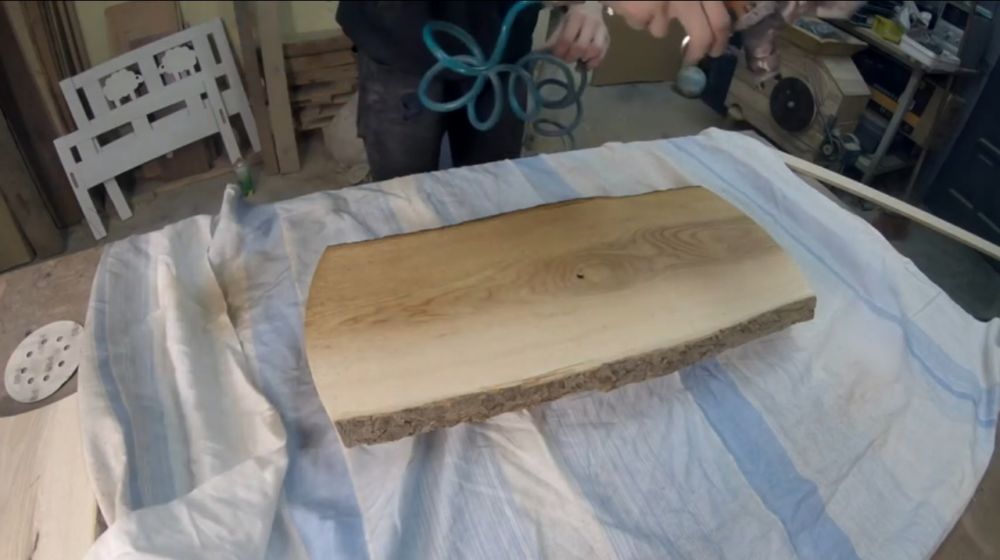 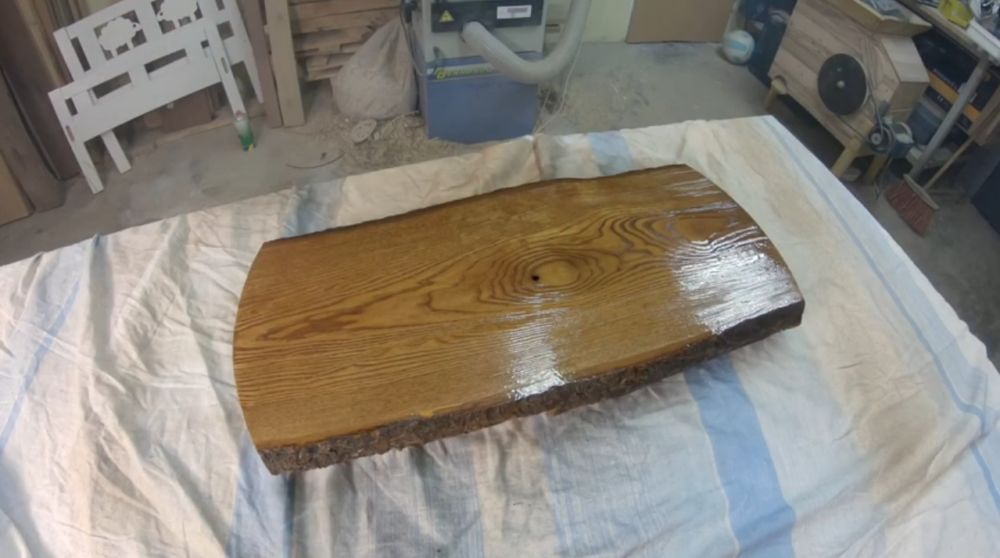 Fasten the Board into a circle and glue the cut out of black cardboard figures. Hands of the clock mechanism removable and summing by hand. Simple, clean and tasteful. Such a thing will never go out of fashion! 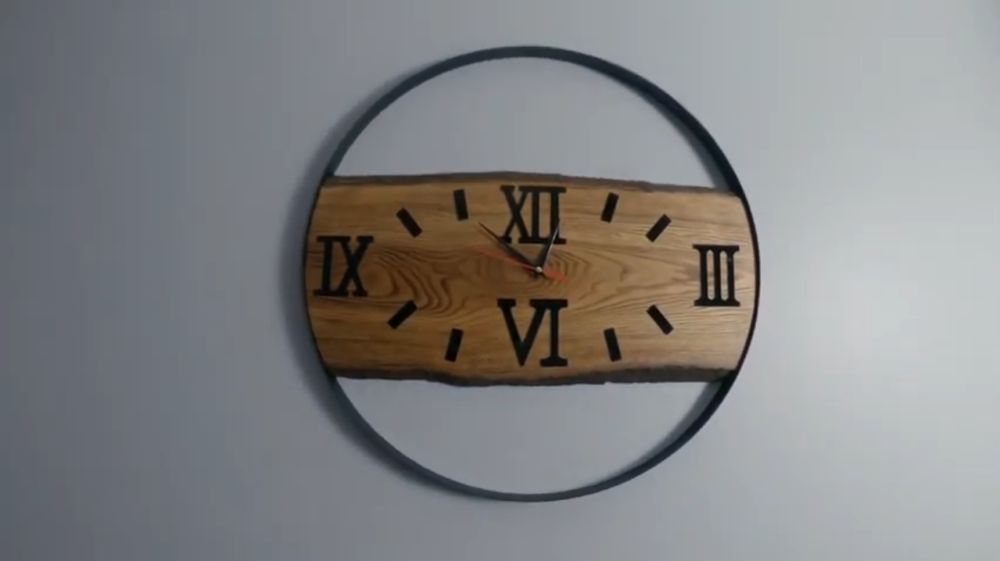